The Cocktail line from Faber. The latest in the evolution of kitchen hoods! 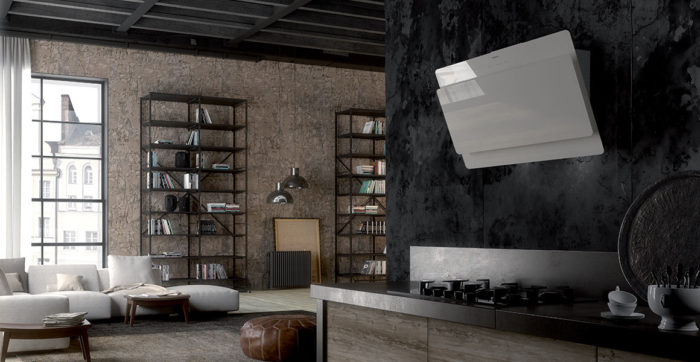 In the 40s, the influence of the Bauhaus school extended everywhere. Those were times when functionality prevailed over beauty and art, and for that reason the kitchen was taken over by practical objects that made the work easier. The first exhaust hood originated during the birth of practical blenders, scales and pots. 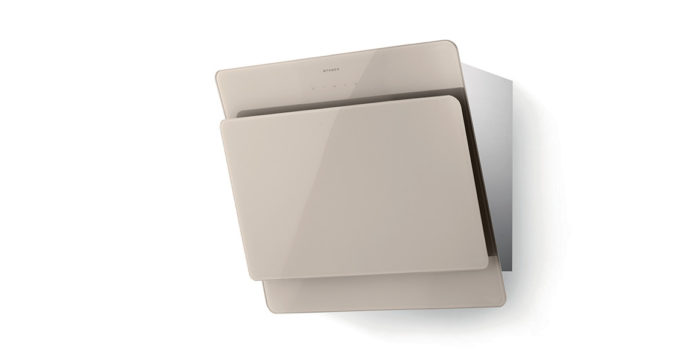 The evolution of what is merely functional

Initially, hoods were simple internal fans inside a rectangular or pyramidal casing located over the stove. Fortunately, this concept changed not only in the technological aspect, but also in terms of aesthetics and noise reduction.

But, why did the change take place? Kitchens began to open in the 90s, becoming a space integrated to the dinning/living room so, the pieces that belonged to the same still had to be functional, but also beautiful. It happened that cooking per se started to be deemed as the pleasure to spend time with others, where the work area had to be friendly and pretty.

Noisy exhaust hoods are a thing of the past, and to be honest: Ugly as well. The new hoods are devices that not only eliminate grease suspended in the air, but also absorb fumes, vapor, and odors. In other words, they filter everything to expel it evacuating the air in the kitchen, and the best part is that they do it almost without making any noise. 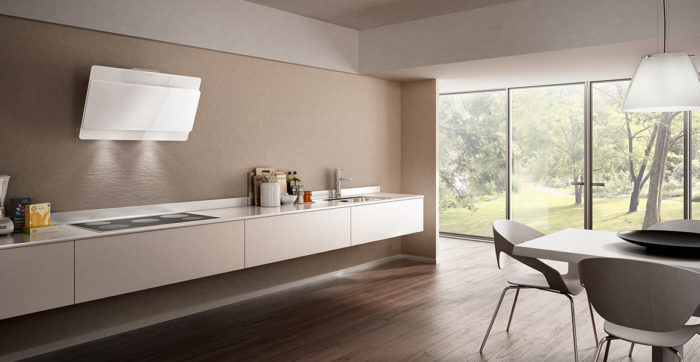 Faber, the brand leader in ventilation in the world is ahead of the rest when it comes to combining technology and beauty in its hoods. Wall mounted, island, integrated, built-in, or with a special design, each hood from the brand is a piece of art fully adaptable to your kitchen.

Elegant and refined, the wall hoods from Faber can add the chic touch that everyone wants in an open kitchen design. But don’t be fooled by the aesthetic aspect. These glass double panel hoods come with an Energy engine that guarantees excellent exhaust combined with enviable silence. In addition, they come with a surface with electronic touch controls that give it a modern and sophisticated look.

Since they launched their first exhaust hood to the market in the early 50s, Faber has known how to add its personal signature to the concept they introduced to the kitchen. So, we could say, that the Cocktail line is one of the last links in the subject of kitchen hoods, until the brand decides otherwise.