The new home of music in London 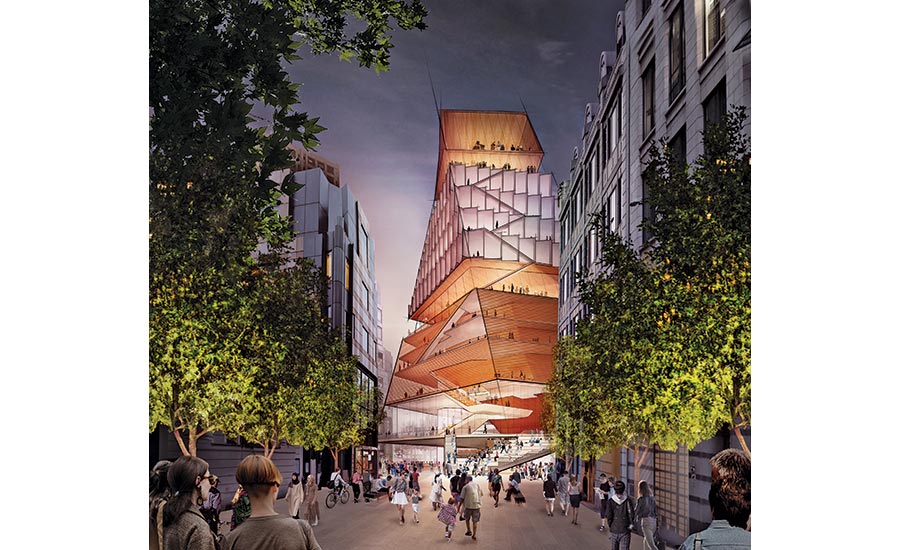 Classical music will have a new home in London and is expected to be huge. A gigantic twisted pyramid will be the new headquarters of the London Symphony Orchestra in a city that, although it can be catalogued as one of the most effervescent in terms of its cultural activities, must find a solution for the need for an auditorium to keep up with modern times.

The performance of symphonic orchestras worldwide has brought a democratization of classical music. Thus, the general perception of the same has changed, no longer being reserved only for the elites, since it is now more accessible for a new audience that is eager to hear the sacred melodies that used to bedazzle only the most educated ears.

An alliance for music

All this movement also includes the city of Queen Elizabeth, who used to do everything big, and presents an ambitious project of 332 million euros though an alliance between the London Symphony Orchestra, Barbican, and the Guildhall School of Music & Drama, that is designed by the studio Diller Scofidio + Renfro and promises, nothing more and nothing less, than a capacity of 2,000 seats with perfect acoustics.

The new Center for Music (London Center for Music) will be built at the headquarters of the current London Museum, which has already begun its move -which ends in 2023- to the Smithfield Market. The space was provided by the London City Corporation and will complete the city’s cultural hub that includes the Tate Modern to the north, the Millennium’s Point and St. Paul’s Cathedral. 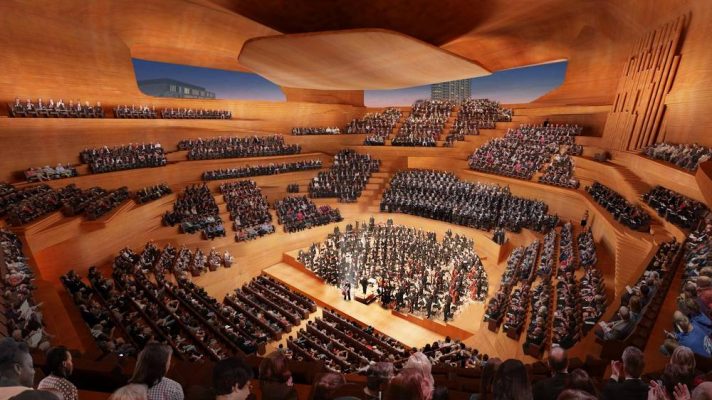 The house of rhythm

The building will have the shape of a twisted pyramid and will connect with the interior of the Barbican, creating an open space in which public cultural programs will be performed to maintain a permanent traffic of visitors day and night.

The lower part of the pyramid will host the new jewel of the crown: an auditorium with a capacity for 2,000 seats with perfect acoustics, visibility for educational purposes, and enough flexibility to adjust the space for musical activities that are a little less classical.

In the upper levels, a square, restaurants and at the tip of the pyramid, the Coda. This will be an intimate space dedicated to jazz concerts, events, and contemporary shows with a view of St. Paul’s Cathedral and a great part of the metropolis.

The presentation of this project is happening at a critical moment in terms of politics for the city and the country. Brexit turned out to be a controversy about the relevance of this work. However, the entire budget required for its implementation is attributed to donors, which has relieved tension in that regard.