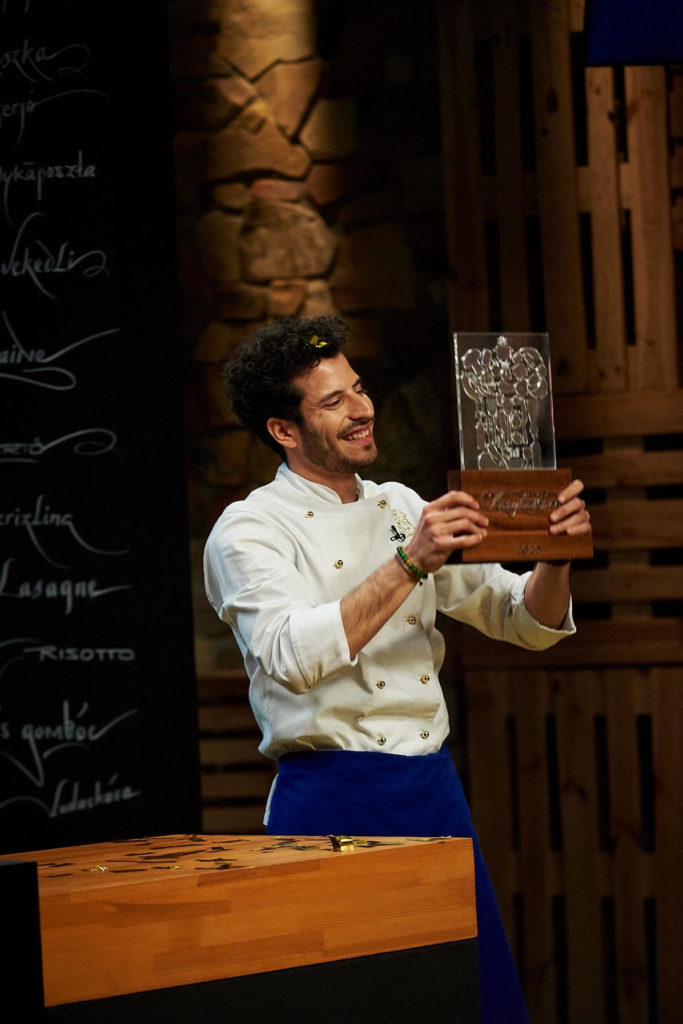 Venezuelan flavors seem to be conquering the world. The arepa, the hallaca and more recently, the asado negro or black roast, have bedazzled the most demanding palates of the different versions of one of the most popular tv shows of the moment: MasterChef.

Although many were pleased with the success of the Venezuelan Armando Mundaraín in Konyhafonok (a Hungarian version of MasterChef), no one seemed to be surprised. Why? Because in 2017 a doctor from Carabobo State, María Gracia Sosa, won MasterChef Uruguay with a delicious dish of goat in coconut and, a year later (2018), Sindy Lazo won MasterChef Latino with a version of the arepa known as Reina Pepiada with an hallaca-flavored stew.

So, amid a year marked by the pandemic, Mundaraín achieved the unexpected: to add one more triumph to Venezuelan cuisine by conquering the palates of a panel made up of the Michelin-star chef Ákos Sárközi, the first Hungarian chef to win a star abroad, Jeno Rácz and Fedos Zé, gastronomic Blogger and one of the permanent members of the show, with a family recipe.

“Everyone asks the same question” says Armando Mundaraín when someone wonders about his choice of Hungary as the destination for his studies. “The first time I arrived in Hungary as an exchange student with AFS in 2011. To participate in this program, you must be 17-years-old at the most, but I had already turned 18 and the only country that accepted that age was Hungary, so that was my destination. The program lasted a year, and after it was over I returned to Venezuela, but with the certainty that I would return. And that’s what happened. While in Venezuela, I took the admission tests for the Budapest Business School, I was accepted and returned in 2013.”

Mundaraín says that at the time his goal was to specialize in hotel management and catering, but during his university practices he got a job in a Michelin-star restaurant and his romance with gastronomy began. “I have no formal studies in culinary arts, my interest in cooking started in Europe, where I began to study and learn. Then, I worked in a kitchen during my university internships because the key to learn how to manage hotels and restaurants is in the operation of the kitchen. Once the internship was over, they hired me, and that’s where this story began.” 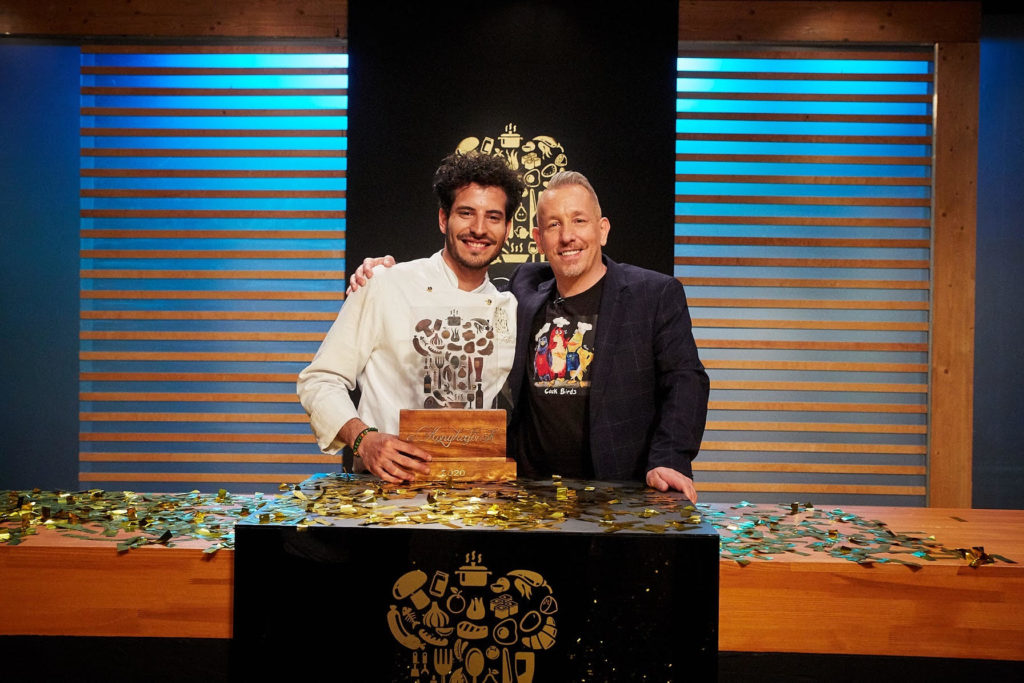 Venezuela, family, and emotion as seasonings

Armando Mundaraín is a man of strong family ties. For him, his family, and his parents, above all, are the pillars of everything he has achieved. “My family is Venezuelan. I grew up surrounded by affectionate, hard-working, and optimistic people, who always tried to provide me with a good education, sowing in me the seed of curiosity, excellence and good living.”

These strong ties are behind the young cook’s decision to prepare a black roast based on a family recipe as a final dish for the competition. The result? Total success and a prize of 35 thousand dollars.

“Indeed, I prepared a black roast with mashed potatoes, sweet plantains with cloves, guasacaca, and cassava chips. I believe the black roast represents a perfect harmony of what Venezuelans are; its complex preparation and unique ingredients remind me of my home, my family, my country, Sunday family gatherings, and Christmas dinners. I chose the black roast among all the options I had, first because the Hungarian cuisine has similar dishes or stews, but also because it’s like a cover letter that explains who I am and where I come from. For me, the black roast is a trip straight to my home. Recreating a dish like that makes you travel back to important moments. The unmistakable aromas and hours spent in the preparation, turn it into a work of art that reminds you that there are flavors that are never forgotten.”

Chef Mundaraín, as he is now known, relies heavily on emotions when it comes to the culinary creation. He explains that, in his opinion, it’s necessary to consider diners and food alike to achieve the harmony that manages to bring enjoyment to the experience that involves all the senses in the act of eating. “Every chef wants to be imprinted on the memory of the diners, and he needs to create an emotional connection when he cooks to achieve that goal. That’s why that feeling of active meditation I experience when I enter the kitchen is so important for me because I manage to calm my mind and allow myself to flow with the emotions, without any thoughts influencing the process.”

– Why do you think Venezuelan food is experiencing so much acceptance lately?

– “I think it’s because those of us who cook Venezuelan food do so from nostalgia. When you miss something too much, you dream about it and idealize it. Being abroad, you try to recreate those dishes because they allow you to evoke happy and extraordinary moments spent in your home, with family and friends in your country, and that’s when your roots and your family become the inspiration and seasoning that manages to shorten the distance and make those who have no idea what Latin cuisine is fall in love.”

Latin American cuisine for the world

Armando Mundaraín loves the magical sweet & salty combination characteristic of most Venezuelan recipes. “That’s the unique and very particular touch typical of our cuisine,” he says. Perhaps that is why, one of his most precious belongings includes Armando Scannone’s book, the bible of Venezuelan flavors, which he says he consults for everything he prepares.

As expected, he has received many offers after winning Konyhafonok. However, Mundaraín also has plans of its own. One of them is to take advantage of his experience as an actor in Venezuela, thanks to his father and grandmother who are film and television producers, to make a tv show about Latin American food in Europe.

“The versatility and unique flavors of many of the traditional ingredients from Latin America can’t be found elsewhere. For example, corn, cassava, and plantains that you can prepare in different ways and are always included in our culinary presentations are part of our identity. Besides, there’s a story behind each version that connects you with each country; that diversity is extraordinary and makes you vibrate in the same harmony. There’s great interest in the cultural expressions of Latin America in Europe, and obviously, the cuisine is included in this receptiveness.”

Faced with such passion for flavors and his roots, we thought we would ask a question that we always wanted to ask any chef:

– If places had flavors, how would you describe the flavor of the place where you were born?

– “It tastes like cachapa with cheese, malta, and a cold papaya juice!”