No products in the cart.
$0.00 Cart
Smeg focuses on faucets 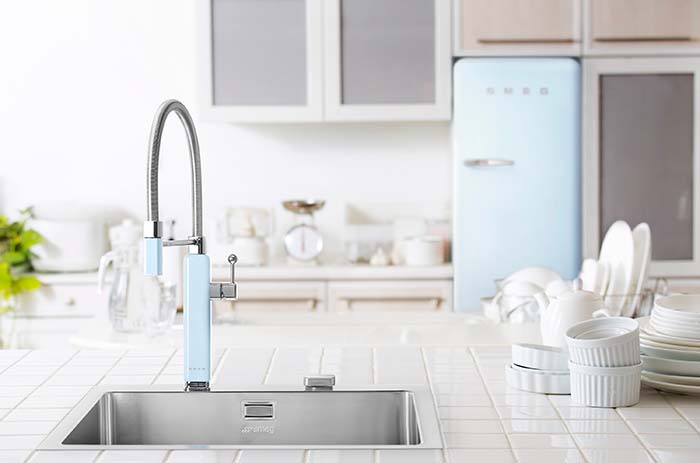 At a time when design reaches every corner of the home, Smeg focuses the spotlight on kitchen faucets. The brand has decided to provide color and sophistication to a point that usually goes unnoticed.

The sink faucet is the most widely used water source in the home. Whether it’s to wash dishes and utensils or as part of food preparation, it’s a focal point of culinary work, so its functionality is very important for the development of activities in the heart of the home.

Installed next to a window or in an island, the design of faucets has evolved, using curved or straight lines that match the personality of the kitchen. However, they are always made of metal: stainless-steel or copper are usually the materials used the most in a piece where until now, adding a touch of color was unthinkable. But we already know Smeg. The brand is determined to bring color and sophistication everywhere and to make all elements of the kitchen part of a fun and elegant design with plenty of personality.

So, in a daring move, Smeg introduces its new faucet line 50’s Retro Style Aesthetic. Based on its famous Retro line, it integrates curved lines and pastel colors into an elegant tall single-lever faucet that can perfectly match the shades chosen to set the environment of your kitchen.

Focusing the magnifying glass on the faucet

The kitchen faucet is much more important than you think and even though it’s not a glamorous appliance, we should pay a lot of attention to it.

As we mentioned, it’s the most used water source in a house and is usually accessible to everyone. Due to its frequent use, it’s very important for it to be of very good quality to avoid loss of water, rust, and corrosion in an area that has direct contact with all kitchen utensils.

From the two-lever faucets to the current ones that can be handled with one hand, the difference is in the amount of water that was previously lost waiting for tempered water according to the needs of the person who was using it. Single-lever faucets allow you to adjust both the temperature and flow intensity with the handling of a single knob and in the minimum response time, which also minimizes water leaks and drips. 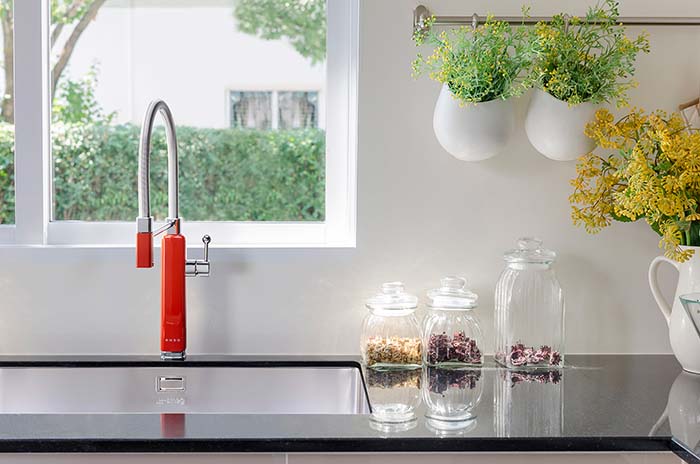 The faucet line 50’s Retro Style Aesthetic by Smeg features a precision single-lever and elegant and discreet design, attached to a pastel color faucet spout that makes it stand out among the offer of other brands in the industry.

Smeg is characterized by offering its users a design proposal that allows them to build a kitchen with personality, which sets them apart from the rest by the color and shapes, respecting, of course, the quality and functionality.

For those who are thinking of designing their kitchen or who have already surrendered to the charms of the Retro line by  Smeg, the 50’s Retro Style Aesthetic faucet is the cherry on top of the cake, adding a touch of color and personality to an area that is dismissed by many and that can now become the protagonist of the kitchen. 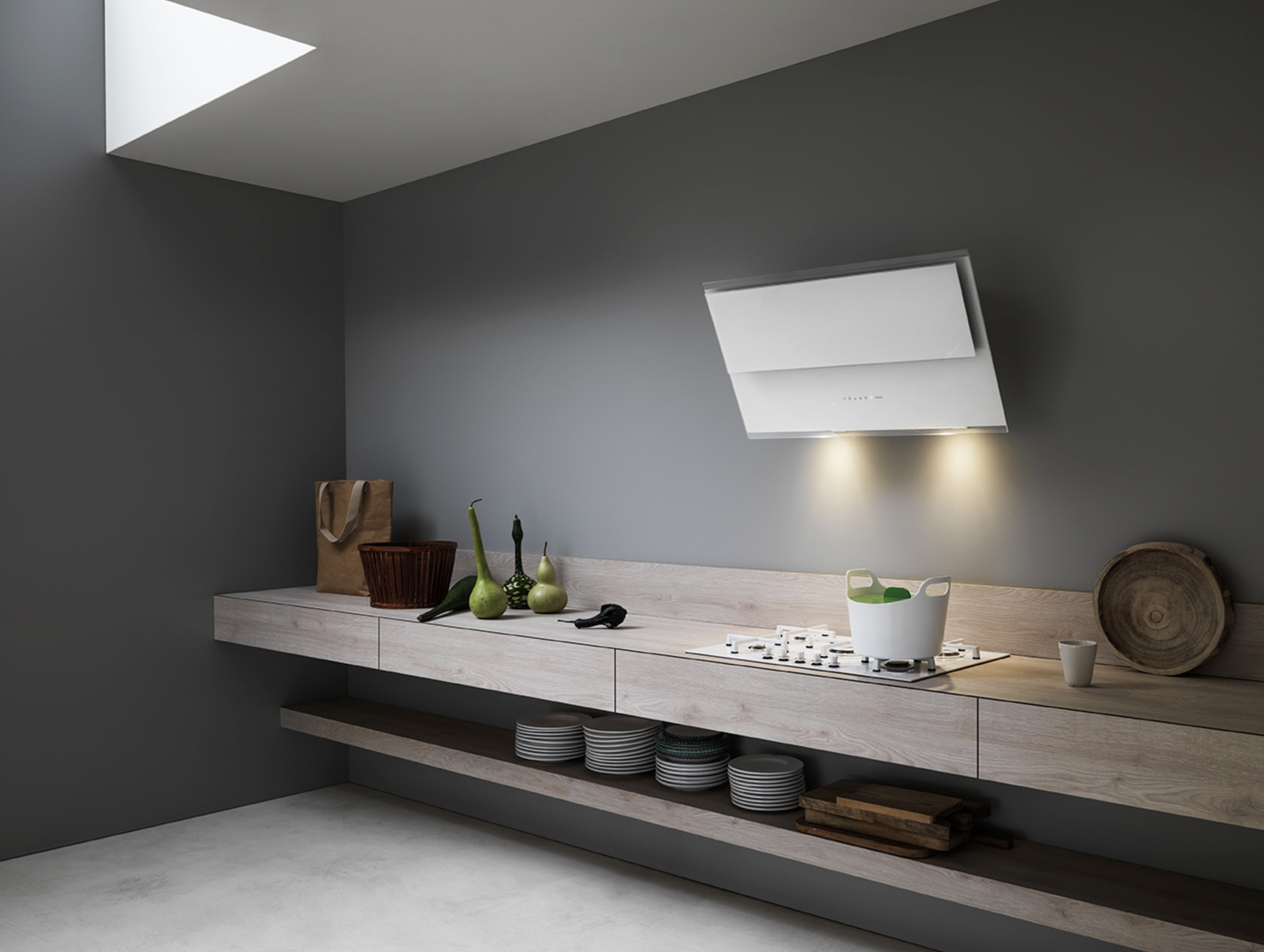