Franco Noriega: the chef who shows the pretty face of haute cuisine 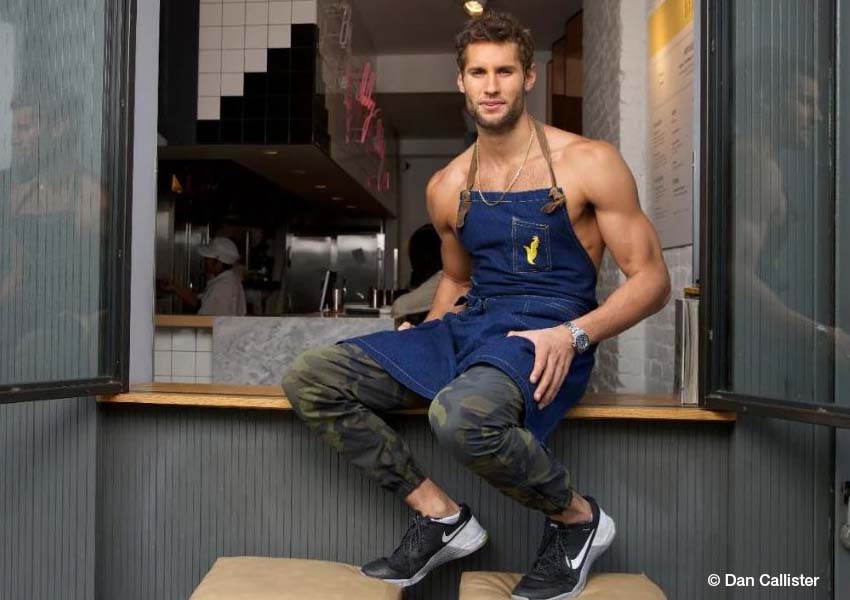 Peruvian chef Franco Noriega isn’t just a pretty face. Although he is famous for cooking exhibiting his well-defined abs without inhibitions, he is proof that eating well and eating tasty food can go together, and that discipline and being able to seize the moment are an important part of the formula of success.

The case is that the so-called “most handsome chef in the world” -who shared one of his recipes with no other than Ellen De Generes– is not the product of marketing or chance. His personal history is full of setbacks and reinvention, along with seasoning and ambition. Despite his busy schedule, he found a moment to give an exclusive interview to Inspiring Good Living and talk about some of his experiences and opinions regarding the world of cooking and more.

Franco Noriega has never been a stranger when it comes to cooking. The Peruvian chef comes from a family involved in the gastronomic business. “I remember the first thing I cooked was the traditional Peruvian ceviche. I was dying to be allowed to do something in the kitchen and the ceviche was an excellent choice since it meant keeping me away from the flame. I think that’s how it all started.”

Noriega says that the culinary aspect remained a part of his daily life, but there were other paths that interested him, such as sports for example. The famous chef became part of his country’s Olympic swimming team. However, an injury ended his dream of participating in the 2004 Olympics, but this didn’t set him back and he adds in this regard that he doesn’t like to waste time thinking about “what would have been.” “I think everything happens for a reason. And I’m certain that what I learned as an athlete gave me the discipline and perseverance that allows me to continue growing in each of the projects I’m involved in with my team today.”

New York, the city he chose as his current home, allowed him not only to start as career as a model but also, as a professional chef. He speaks of both worlds as spaces that require the same kind of commitment and dedication, if you want to thrive in them.

He acknowledges that the lens of Mario Testino and the opportunity to work for brands such as Hugo Boss and Dolce & Gabbana served as a platform and training to handle himself in front of the cameras, while learning at the International Culinary Center provided technique to the Hispanic inspiration and intuition he has when it comes to cooking. “So, I combine knowledge with what the heart tells me. If it tells me “put more coriander,” I do it, and the result is always an explosion of flavor.” 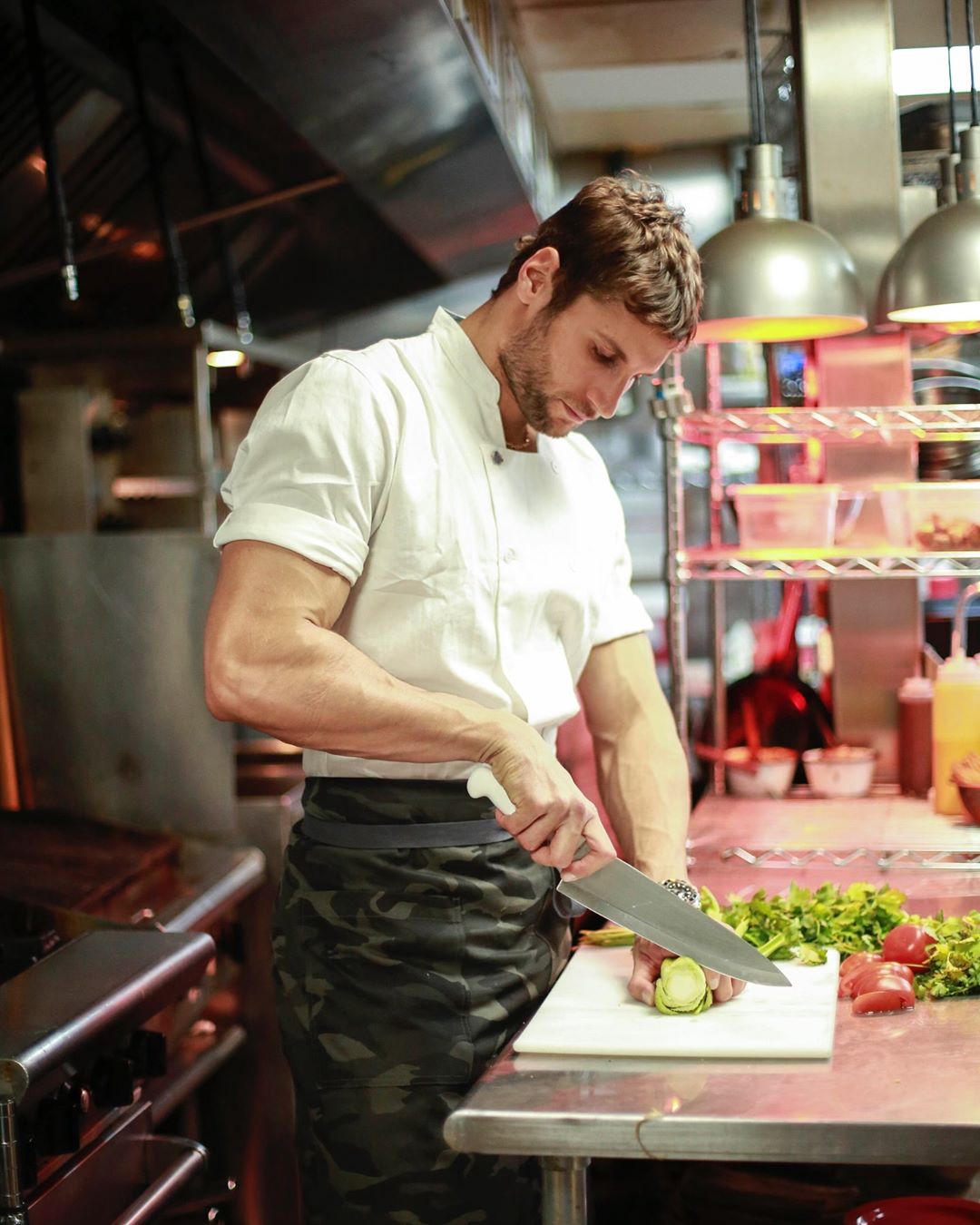 Franco Noriega can brag about eating a lot. However, he claims that the secret to avoid gaining weight while eating delicious food is knowing what and why you eat it. “When you eat with awareness and have a balanced lifestyle, you can eat whatever you want and maintain the physical shape you desire.”

-In other words, is eating healthy synonymous with boring food?

-Boring is the excuse. Eating delicious and balanced food fills you up with satisfaction in every sense, he says.

This chef who left behind the Filipino chef jacket in favor of light kitchen clothes, talks about this as a concept that shows how he eats and how what he cooks allows him to stay in shape. “You’re what you eat. That’s why approaching this everyday act with awareness is the best way to stay healthy and avoid diseases, because you are taking good care of the gasoline you give to your body.”

With Baby Brasa, his restaurant in New York, Franco Noriega returns to his roots under an innovative concept. “Baby Brasa is born out of my need to provide my adopted city, not only with my proposal of organic Peruvian gastronomy, but also with a meeting point with the typical Hispanic “cool vibe.” You will find this flavor in all the dishes and the parties we always host there. Plus, it’s all healthy.”

And for this chef who carries the restaurant tradition in his DNA and who dreams of receiving famous chefs in Baby Brasa to offer them the best ceviche and pisco sour of their lives, cooking is an art that has no gender. “To say that cooking is a trade traditionally identified with women, which has been invaded by men is a terrible mistake. The kitchen belongs to those who love flavors and who love to see others happy, and that has no gender.”

This statement is consistent with his love of open concept kitchens, because in his opinion, there is nothing like sharing what is being cooked with others at the time of the creation in the kitchen. Although he refused to talk about the appliances found in his home kitchen, Franco Noriega, said without hesitation that he loves the help they provide. “Home appliances are the silent allies of the art of cooking, and they surprise you more every day. They are the present and the future, and I love living in the future.