Liebherr and its crusade to reduce noise 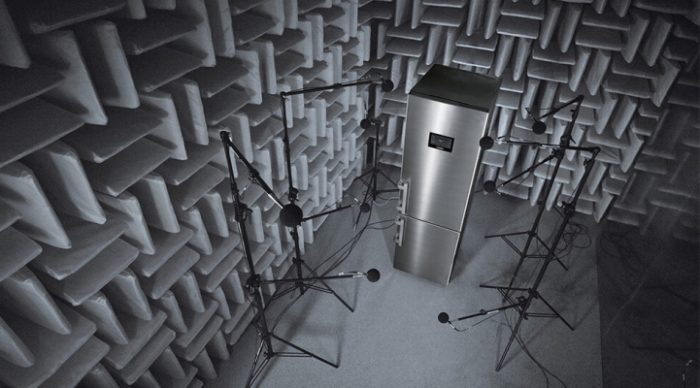 Reducing as much as possible the level of noise of the refrigerators seems to be Liebherr’s crusade. The German brand that believes that the kitchen is a temple where everything must be close to perfection, has been working over the last years in harmonizing the noises typical of this space to leave only laughter and the voices of diners.

Liebherr, which is known for manufacturing refrigerators with avant-garde technology, takes a step further in terms of creating quieter devices and introduces new concepts to the market for fans, refrigerants, and compressors, all key pieces when it comes to making noise.

But, why do refrigerators make noise?

It seems completely normal to anyone that a refrigerator makes noise. In the past, they used to have a compressor and a thermostat whose function was to work jointly to keep the temperature level of the unit. A task that, even though provided our parents and grandparents with the possibility to preserve food for a longer period of time, it also added a noise to the kitchen that wasn’t there before.

However, modern homes are betting not only on energy optimization, but also on the reduction of the decibels of the devices they have. As a result, the new generations of refrigerators are not only user-friendly and efficient, but also quieter.

How’s that possible? Simple. Today’s refrigerators use an environmentally-friendly refrigerant that is liquid when it is cold and transforms into gas along the phase changes (condensation, sublimation, etc.). Obviously, this process can produce some kind of “bubbling” or “hissing” noise that unlike the past, is now almost imperceptible. 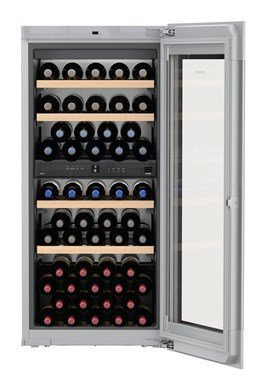 The engineers of the German brand have worked hard to minimize noise. For that purpose, they have focused on optimizing three pieces that are fundamental for the operation of the refrigerators: compressors, fans, and refrigerants.

• Two in one. Liebherr realized that conventional compressors generally work around 3,000 rpm, which generates too much noise. So, they found a way to control that factor, lowering the speed, thus achieving refrigerators that are not only quieter, but also more efficient in terms of energy consumption.
• Controlled speed ventilation. Just as it happens with compressors, fans make noise, so the brand applied the previously mentioned principle. They lowered the speed up to a point that guarantees that the temperature in the refrigerator is evenly distributed and remains constant.
• A more efficient refrigerant. The refrigerant R600a is able to achieve the same cold temperature than previous refrigerants, but with lower pressure. Besides, the cooling circuit uses less energy, which minimizes the noise. 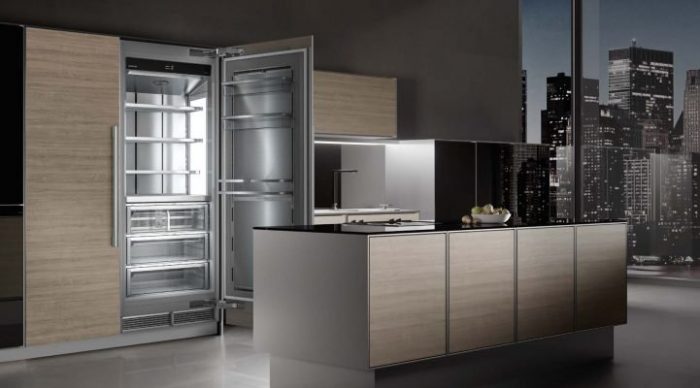 The results of these changes and their implementation helped Liebherr’s wine cabinets and refrigeration units receive the Super Quiet certification, which guarantees a noise level similar to what’s expected in a library.

An example of that are the wine cabinet HWgb 5100 (48 inches), the refrigerator/freezer CBS 1660 (30 inches), or the combined models CS 1321 and CBS 1360 (79 inches), which have that distinction among the many that accompany the appliances from the brand. The Super Quiet distinction guarantees appliances that are below the 40dB, a measurement that transforms them into the quietest in the market.

In sum, Liebherr is certainly the perfect ally if you are considering the design of an open kitchen as the core of the home or as a space where you can share with others without any other noise than the one made by your guests.