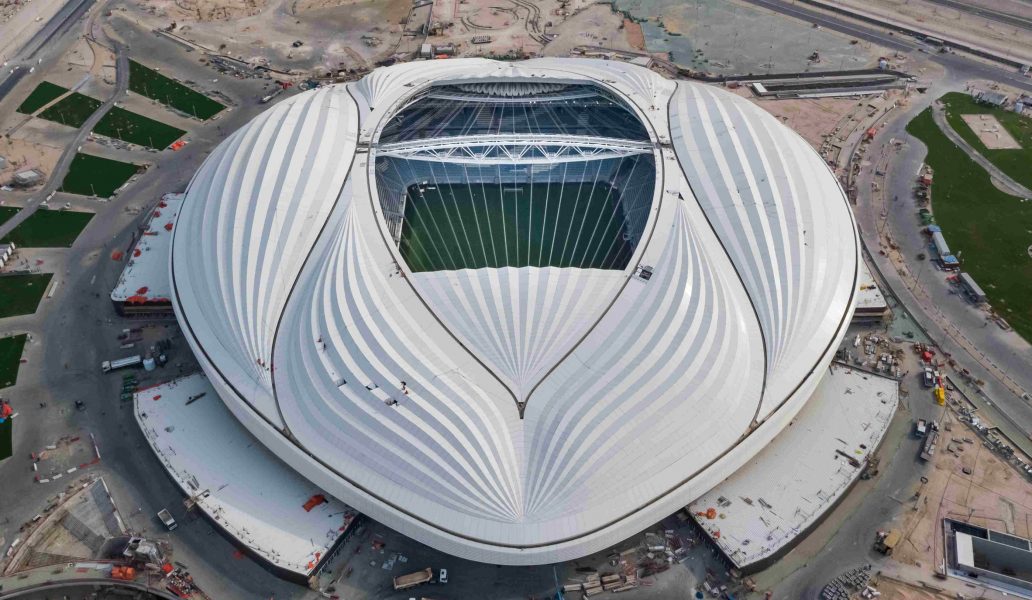 Qatar 2022 is a global event that will certainly go beyond the sports arena to become a multidisciplinary showcase, and Zaha Hadid Architects will have a leading role this time. The famous studio stamps its signature in a spectacular stadium that will welcome 40,000 spectators of the legendary sport.

The firm that has its followers used to admiring majestic works around the world, is present in the magnificent Soccer World Cup with a stadium that exhibits notorious references to the Muslim world, its culture, calligraphy, richness, and purity of style. Al Janoub Stadium is located in the coastal city of Al Wakrah, 23 km from the capital Doha, which is connected by the red line of the new subway system.

It was opened in May 2019 as the new headquarters of the professional soccer team Al WakrahSports Club that belongs to the national league Qatar Stars. Its construction took six years and is one of the 8 new stadiums included in the opening of the Qatar 2022 World Cup.

The use of the stadium once the World Cup is over is often one of the topics that causes the greatest controversy when a city is designated as the venue for this important event. Normally, detractors of such events argue that a large investment is made in sports establishments that are not used later on.

The studio Zaha Hadid Architects took this requirement into consideration. The 40,000 seats that will receive fans from all over the world for group games and quarter-finals during the Cup will be divided in half once the event is over, to adjust the place to the most modest requirements of local tournaments. The remaining 20,000 seats will be moved and donated to other countries in need of sports infrastructure.

Another innovation of this stadium is the cooling system. Since the summer heat is one of the main concerns of the tournament organizers, Al Janoub Stadium has an operating roof covered with solar panels that guarantee the energy needed for an internal cooling system that is completed when the roof unfolds like the sails of a Dhow -typical ship of the region- over the iron structure that forms the oculus of the stadium. The same forms a closed capsule that will protect the public and players from the sun and the high temperatures, while highlighting references to a coastal city with a rich maritime heritage represented in the curves of the roof that are reminiscent of the hulls of fishing vessels. 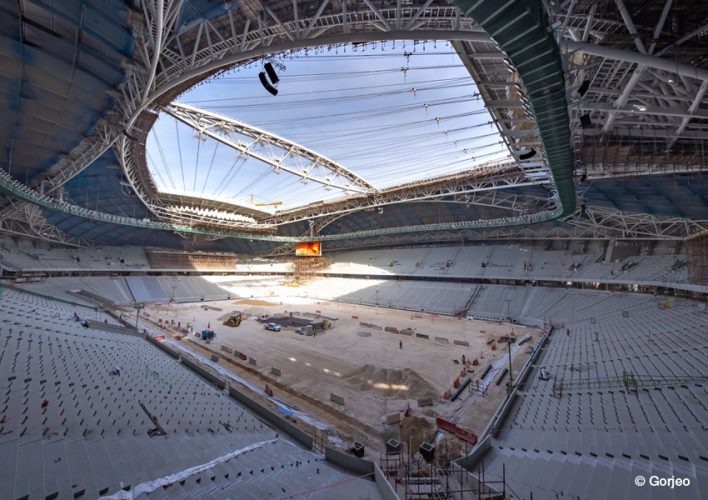 Useful and beautiful inside and out

When it comes to the interior spaces, glass with metals in shades of bronze are combined with the lattice printing on the glass facades. This reminds us of the presence of  Qatari calligraphy and craftsmanship, providing a touch of luxury and ostentation.

The complex has been designed to have open spaces for community activities. The northwest space will include a community market, the southwest a park for diverse activities and the central lobby, a large transit wing for spectators to enter and leave comfortably. Also, the stadium has a private parking lot with direct access to the court for the use of players or dignitaries.

The infrastructure perfectly represents the cultural elements of the coastal capital that the organizers wanted to highlight, but, at the same time, the curved and voluptuous lines of the work align very well with the legacy of a firm that does not include anything less than spectacular in its portfolio.

Although there is some controversy surrounding the Qatar World Cup, it can certainly be remembered in history as the sports event where the stadiums were the stars of the game.