The top 5 most romantic works of Architect Cupid 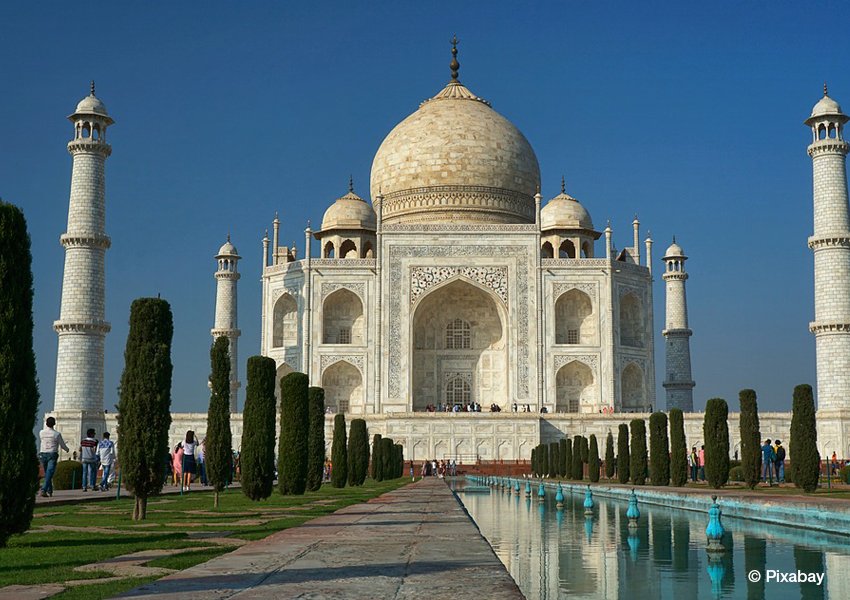 Cupid shoots his arrows and sometimes, love has led its worshipers to build great architectural works to immortalize their feelings. To celebrate love and friendship, we prepared a list of 5 buildings whose construction has been inspired by love.

1-The Taj Mahal, Agra, India. Despite being the third wife of Emperor ShahJahan, such was the love that he felt for Mumtaz Mahal that after being the mother of 13 of his children, his greatest counselor and confidant, the emperor dedicated the construction of the largest mausoleum to her after her death giving birth to their last child.

Certainly, this is the building that comes to mind when you hear about the “testimonies of love.” With marble walls filled with thousands of gemstone incrustations, the palace built between 1,631 and 1,648 has been classified as a World Heritage site and one of the new 7 Wonders of the World. 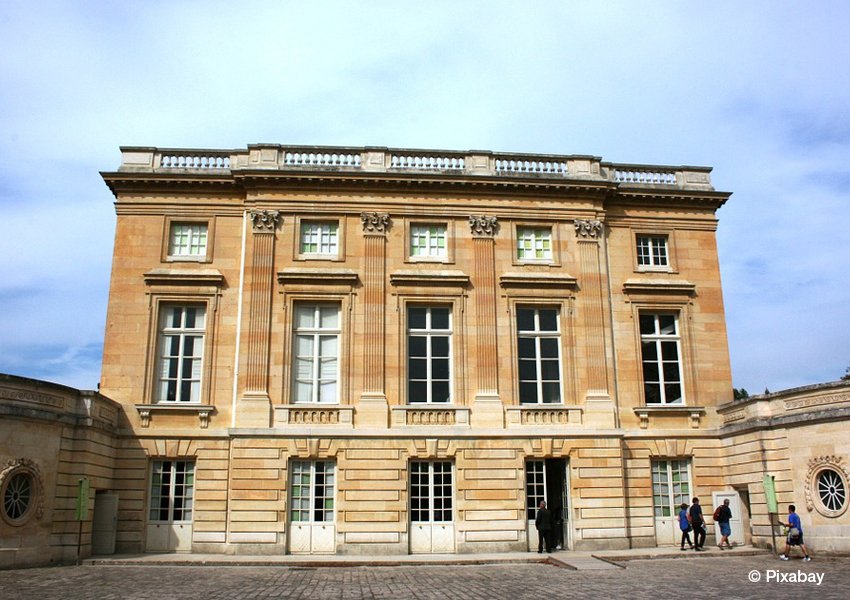 2- Le Petit Trianon, Versailles, France. The small palace was the gift of King Louis XIV to his beloved mistress and counselor Madame de Pompadour, who, despite being his partner for a few years, earned his love and respect by advising him on matters of state and encouraging him to entertain himself with “young and lighthearted ladies.”
The small palace was ready four years after the death of Madame de Pompadour and was occupied by her successor Madame Du Barry. But who really gave it the greatest era of splendor was Queen Antoinette, who also received it as a romantic gift that she could exclusively enjoy. 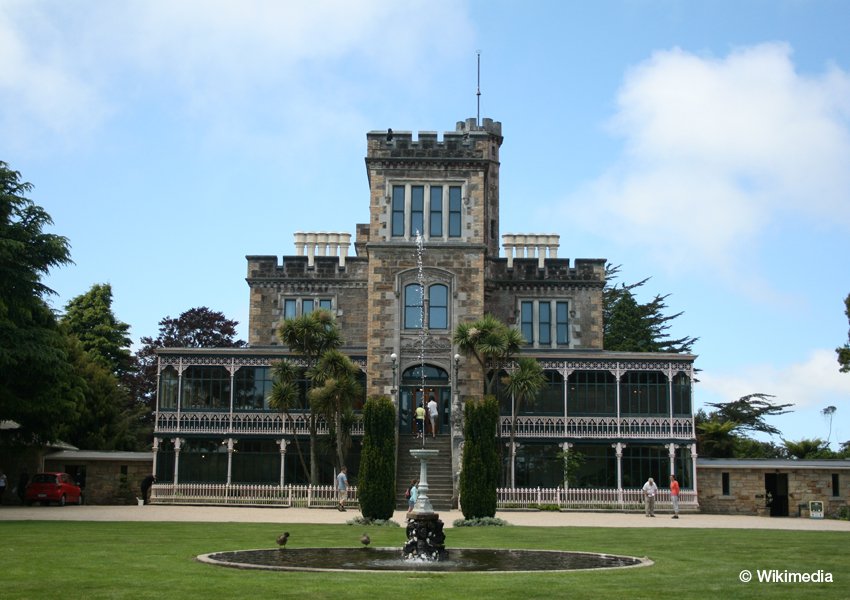 3- Larnach Castle, Otago, New Zealand. The Larnach Castle is a luxurious building that lies within the territory of the city of Dunedin, on the Otago peninsula. William Larnach ordered the construction of this fantastic castle for his wife, to New Zealand’s architect Robert Lawson between 1,871 and 1,887.

The castle has 43 rooms and a ballroom and after being abandoned for many years, has recently recovered its brilliance and notoriety thanks to Barry and Margareth Baker, who turned it into a tourist destination famous for the alleged spirits That appear to the visitors. 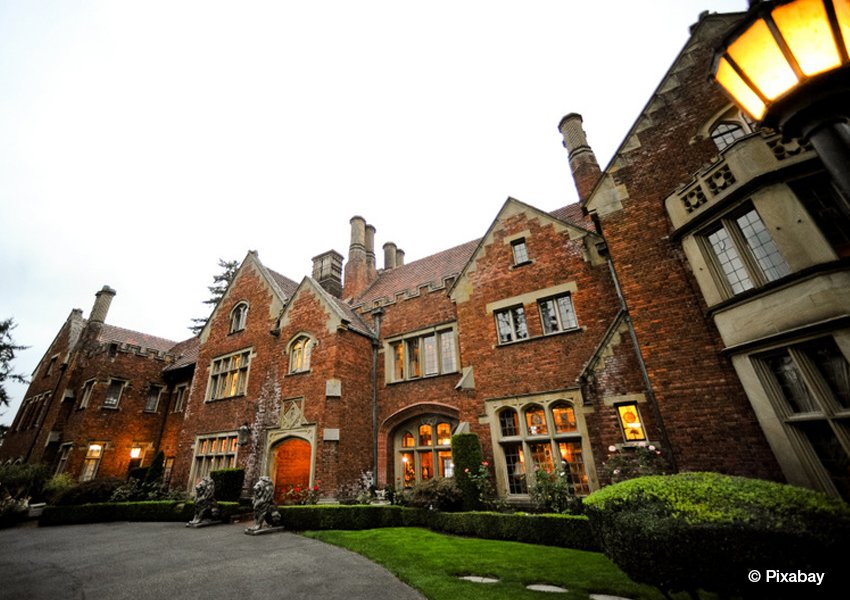 4- Thornewood Castle, Washington, United States. It’s not always about posthumous tributes. In this case, the castle of 54 rooms, embellished with an impressive English garden, was a gift from Chester Torne, founder of Tacoma, to his wife on their twentieth anniversary.

Known as “The House that Love built,” the Thornewood Castle was built from the pieces of a 400-year-old English castle. These pieces were used to rebuild and completely recreate an authentic traditional English Tudor Gothic castle in America. The same has impressive details such as the English gardens designed by the Olmsted Brothers to the 16th century stained glass, which has now become a favorite spot to perform weddings and events of great magnitude. 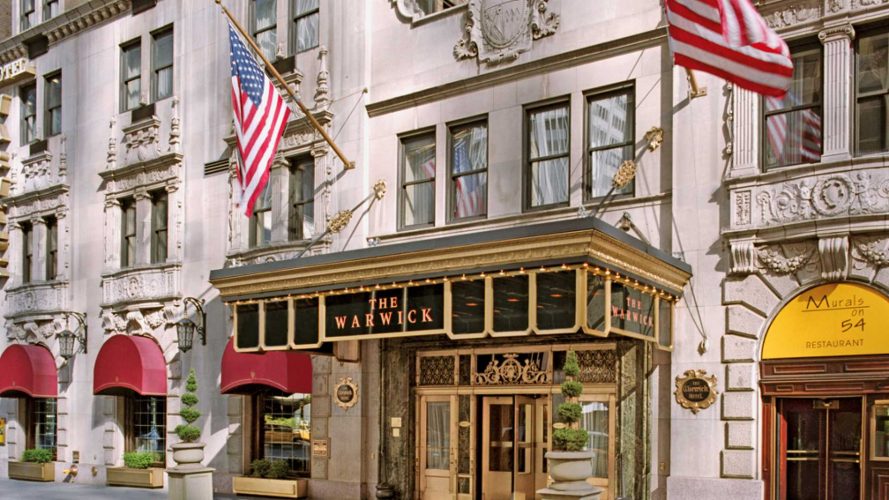 5- Warwick Hotel, New York, United States. The passion that press mogul William Randolph Hearst felt for actress Marion Davies was the reason behind the construction of this legendary hotel in 1926. Designed by Emery Roth in partnership with the George B. Post & Sons Architecture Studio, this hotel had as guests the most important stars of the Hollywood film industry in its golden age.

This architectural gem that cost $5 million at the time, has a 36-story residential tower that Hearst used to accommodate his Hollywood friends, as well as his mistress, actress Marion Davies, who had her own apartment in the building, specially designed for her.

An interesting detail is the hotel’s restaurant, Murals on 54. The restaurant has the 1937 murals of American illustrator Dean Cornwell. These famous murals were completely restored after a renovation of the restaurant in 2004. Another interesting fact is that the leitmotif of the Warwick Hotel bar (Randolph’s Bar & Lounge), is a rosebud that supposedly refers to Hearst’s nickname for Marion Davies.

There are loves that certainly inspire the most lavish proofs of love and, aside from being an archer that doesn’t always hits the target, Cupid seems to also be inspired by design and construction.