The architecture of 2022 promises to show us increasingly modern and sustainable skyscrapers, schools, water parks, and even sports centers. These buildings, which will be inaugurated in the coming months, will show the design that the new normality requires according to the experts.

However, there’s still plenty to be said on this subject. Although optimistic voices speak of the beginning of the end of the pandemic and its restrictions, the truth is that architecture has been touched by all this as much as other areas of human life.

Broadly speaking, it can be said that in terms of construction, the new normality and the mea culpa that COVID has generated, have left a positive mark. Proof of this is the fact that sustainability continues to gain ground, and that the new buildings proposed have increasingly fluid interiors that allow coexistence. But if we look at these premises closely, we’ll understand that they tend to benefit us all.

The most anticipated skyscraper of 2022 is certainly the Merdeka Tower in Kuala Lumpur. This 679-meter-high building will be crowned as the second tallest in the world, behind Dubai’s Burj Khalifa. In total, the Merdeka PNB 118 tower has an area of 350,000 square meters that will include offices, a shopping mall, a mosque, a restaurant, and a hotel. However, the most interesting aspect of this building is that it will include a multi-level observatory that will occupy the 114th, 115th, 116th, and 117th floors of the tower. Also, a secondary observation deck will be added to the spire at 566 meters, making it the tallest in the world.

Although it officially opened its doors at the end of 2021, its creators don’t consider it fully completed until opening the observation decks that will offer unique views of both the Petronas Towers and the KL Tower, which had been the only places to enjoy views of the city from the sky.

The school of the new era 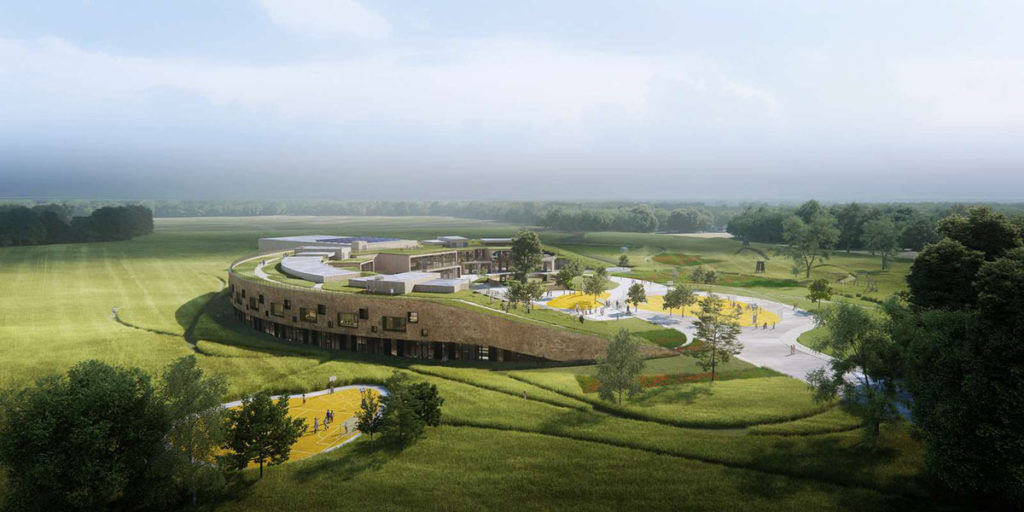 On the list of expected openings in 2022 is an elementary school designed by Henning Larsen Architects in collaboration with SKALA Architects, ETN Architects, MOE, Autens, and BO-HUS. Named Sundby School, it will become the first building of its kind in Denmark to receive the Nordic Ecolabel.

This distinction is a sustainability certificate that considers details such as energy consumption and the use of materials. But these aren’t the only features that make the school an interesting project. Sunday School will have a walkable roof landscape and adaptable interiors, which, according to experts in the field, will make it a model educational center in the world.

The ReefLine is the project of OMA studio that’s included in our list. This is an underwater sculpture park located near Miami Beach, which aims to protect its coastline from the effects of climate change.

The park, which is being built in stages, will open its first phase in December 2022, with the first sculptures on display. Above and around the works of art, there will also be geometric concrete modules, which will work as an artificial reef, a showcase of marine architecture.

The renowned firm will not let the name of its founder disappear from the architectural map even though she is no longer among us. Thus, honoring her legacy, the firm will inaugurate this year the King Abdullah Financial District Metro Station (KAFD) in Riyadh.

The project is an impressive 45,000 m2 structure that houses a station with six train platforms, two subway parking garages, and five levels of platforms, stores, restaurants, and meeting places. The design is reminiscent of the desert dunes while honoring Hadid’s work, combining her signature untraditional but highly distinctive curves with a neutral color palette, wide-open spaces, and lots of technology.

The terminal will serve a population of more than six million people, estimated to grow to 8.5 million by 2030, and will significantly reduce the city’s carbon footprint.

Fosters+Partners score a goal in Qatar

With the World Cup scheduled for the end of 2022, Qatar is preparing to welcome millions of fans from all over the world, and one of the stadiums to be inaugurated for this event is the Lusail stadium.

Located 15 kilometers north of Doha, the structure will host 80,000 fans for the opening of the Cup and 10 matches, including the final. The most important new feature of the stadium is the technology used to regulate the overall temperature to 26°C in an area where the inclement heat has changed the competition’s traditional summer schedule.

The dome will be gold-colored, covered with geometric panels inspired by the play of light and shadow of Arabian lighthouses. The internal decoration will reflect the pottery and ceramic items typical of Islamic culture.

So, we hope these 5 architectural examples have given you an idea of what 2022 will mean for the changes to come in terms of construction.