Faber: the secret to the evolution of kitchen extractor hoods 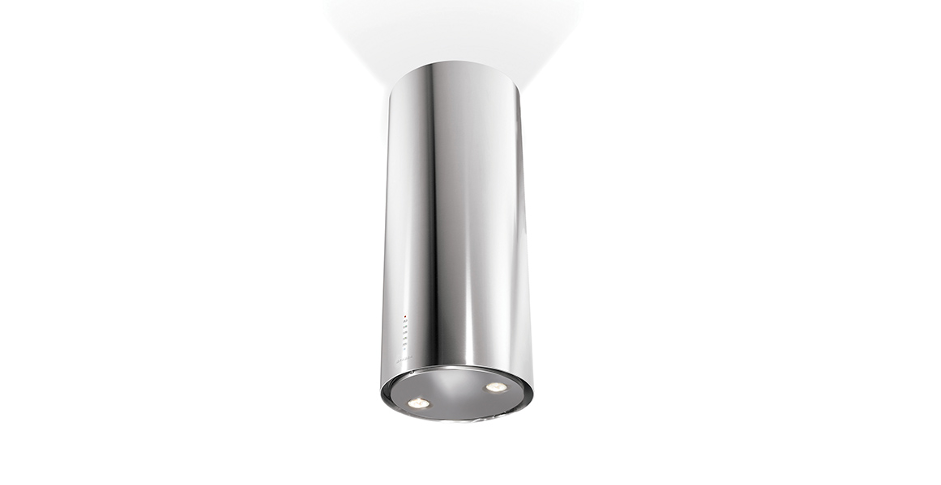 Traditional kitchen extractor hoods are evolving into more stylish, discreet, and technologically advanced presentations. Such is the case of Cylindra Isola by Faber, an extractor hood that combines the best Spanish design with the most advanced technology to become the protagonist of kitchens no matter how modern or classic they are.

Minimalism lovers will die for Cylindra Isola. A simple cylinder that elegantly and efficiently performs the functions of a kitchen extractor hood without taking up space, which can be installed anywhere, being especially suitable for kitchens with islands.

Stands out for its discretion

The Cylindra Isola kitchen extractor hood works generating 25% less noise than other models in the market thanks to its Perimeter Aspiration technology, solving one of the most recurrent complaints about these appliances. However, less noise doesn’t mean less effectiveness. Its super powerful motor, which can be installed remotely inside the kitchen, has a capacity from 145 to 250W, and three vacuuming speeds that will leave the kitchen without traces of odors or grease.

But if the traffic in your kitchen has been heavier than normal, or if you require a more thorough cleaning, Cylindra Isola features the Intensive Speed function. This will give you a deeper vacuum operation at a higher speed for 10 minutes. 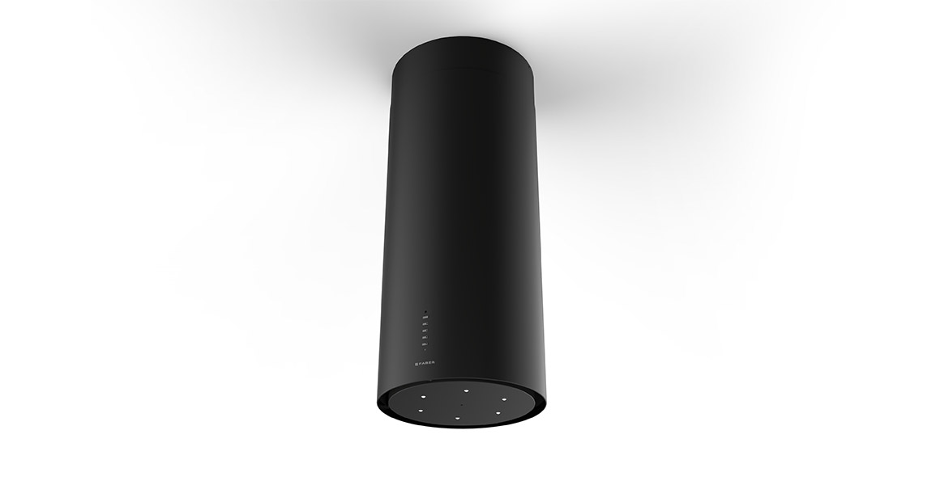 Cylindra Isola’s minimalism is not only evident in its design, but also its ecological footprint. We already mentioned that it’s considerably less noisy than the average extractor hood, but its energy consumption is also lower.

The evolution of the Energy diffuser with an optimized shape improves its performance and significantly reduces its consumption. Among other technological advantages, the kitchen extractor hood Cylindra Isola by Faber can be operated through remote control to adjust the suction speed, keep its courtesy light on for up to 24 hours, and use the Up&Down and Steam Off functions at your convenience.

But if manual use is necessary, the appliance can be controlled with a front button that concentrates all the available functions. This extractor hood comes in stainless steel that matches any decoration style, but it can be found in black acrylic, white or concrete finish in its Plus version.