Telosa, the utopian city that is already looking for land in the U.S. 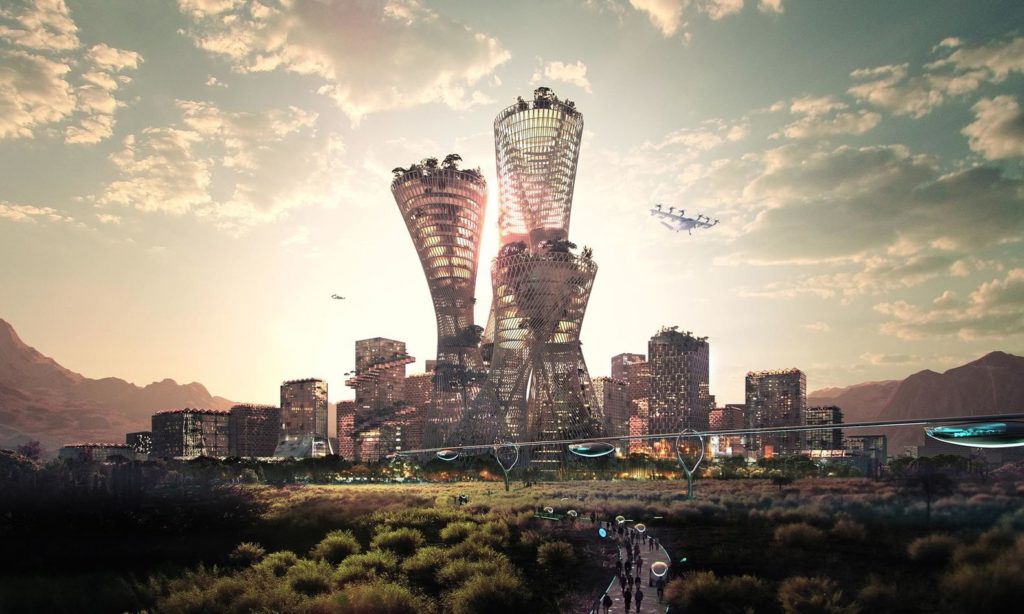 The possible construction of a city like Telosa in the United States has half the world waiting to hear more about it. And this has less to do with those behind its design, BIG studio, than with the economic system that will allegedly govern the city: Equitism.

But the truth is that this city, which already has an Instagram account (@citytelosa) and expects to be ready in 2030, is currently looking for land to settle between Nevada, Utah, Idaho, Arizona, Texas, and the Appalachian region.

Telosa is a very interesting bet of billionaire Marc Lore (former president of the e-commerce division at Walmart) who has become famous for considering two factors when carrying out projects: the environment and thinking outside the box. And that is why his vision goes to the roof with this city through the implementation of an economic system that, although isn’t entirely innovative, does seek to move the urban standard to the next level.

According to the Telosa website, this new U.S. city seeks to turn the standard of urban living upside down, expanding human potential and trying to become a role model for future generations. To this end, the city will be managed with an economic system devised by Lore, which is based on similar models that already operate in some North American cities.

“Equitism” allows citizens to own shares of the land of the city, so as the city progresses, so do they. Lore explains that this system is simply a variation of capitalism but with “an additional funding mechanism for enhanced services.”

“With Equitism, we will create a much higher level of social services offered to residents, without additional burdens on taxpayers.”

To explain the idea more clearly, Marc Lore used The Big Apple as an example. “Imagine if all the land in Manhattan was owned by a community endowment focused on improving the quality of life for all citizens. At current estimates, the endowment would be worth over $1 trillion and could generate over $60 billion every year in income to invest back into building the physical and human capital of the city -that is 2x the current annual spend. Just imagine for a moment the impact these additional funds and resources could have on individuals and the entire community.” 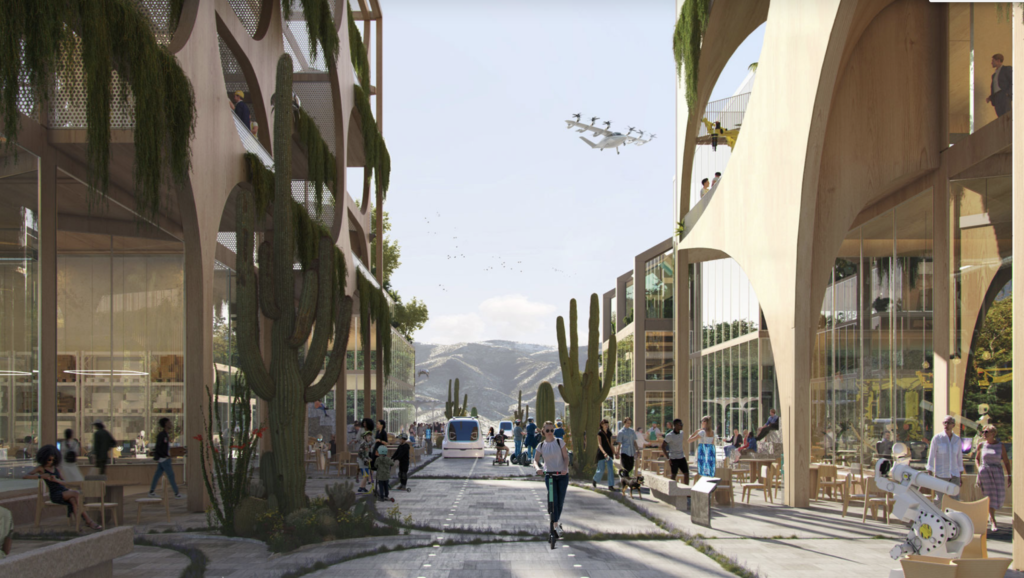 How much does the idea costs?

Lore’s dream is not free, and he knows it. According to its creator, setting up the Telosa project could cost more than $25 billion. And this is just thinking about the initial phase, in which 50,000 residents will live in 6,000 square kilometers.

The entire project, according to estimates, could reach more than $400 billion. As for the funding that will make this utopian city possible, Lore and his team have said that it will come from a variety of sources: private investors, philanthropists, federal and state grants, and economic development assistance.

The city that is expected to have close to five million people and more than 600,000 square kilometers in about 40 years, is one of the most relevant architectural ideas nowadays. Why? Aside from having its own economic system that enhances the spirit of community, Telosa will have -thanks to the urban planning devised by the architects from BIG- green areas always nearby.

And that detail reminds us of the signature of the famous Danish architectural firm. By law, in Nordic countries, any construction must have a natural area 15 minutes or less away.

But this interesting proposal that BIG is introducing in Telosa won’t be alone. The creators of this project plan to ban the use of fossil fuels in the city and will promote the use of renewable energies both to move the city and to move around in it.

So, what do you think? Would you move to Telosa? We better wait until 2030 to decide, don’t you think?