Madrid Nuevo Norte, a door opening to the future 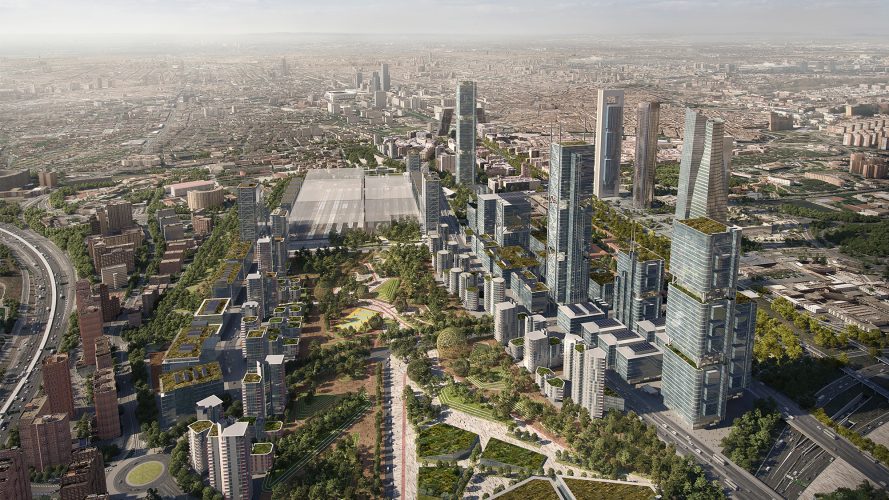 Madrid is in all the headlines thanks to Madrid Nuevo Norte. The most visited city in Europe has decided to open the door to the future with the most important urban project in Europe and the most ambitious one to be developed in the city.

Nuevo Norte is an urban project that waited 26 years for an opportunity and that was finally approved unanimously by the City Council of Madrid to modernize a city that keeps growing. Madrid will be renovated in the areas of Malmea – San Roque – Tres Olivos, Las Tablas Oeste, and Centro de Negocios or Business Center to build housing solutions, green areas, shopping malls and administrative centers. Additionally, the project involves renovations in the area of Chamartín where a station of the new railway service will be built.

Madrid Nuevo Norte is expected to take about 24 years to be entirely built. It’s a magnificent project that includes the construction of a new public transportation system, with the main objective of improving transit of northern Madrid by the railway system, solving a serious traffic problem in the city while answering to an important urban emptiness. The constructions are being designed based on the idea of sustainability and technology that allows for an urban development with minimal environmental impact.

The project, which waited 26 years to be approved, will be developed in a strip of 5.6 kilometers long by 1 kilometer wide that runs through the north of the city from calle Mateo Inuria to the M-40. A very interesting thing about Madrid Nuevo Norte is the fact that three-quarters of the works will be intended for public use.

The main idea of the project is to generate urban planning with multiple uses so it can have permanent affluence of people. This makes it a concept that goes beyond being a dormitory city. On the other hand, it integrates the new development into the daily activities of the city due to its transportation system whose central axis will be the new Chamartín station that will become the main center of AVE operations, where a series of services that will cover the entire city will be coordinated.

But in addition to the powerful transportation service, the works will also have an impact on the roads that will now connect the northern neighborhoods of Madrid, which were isolated for years, with the downtown area through road corridors, bridges, and underground corridors. 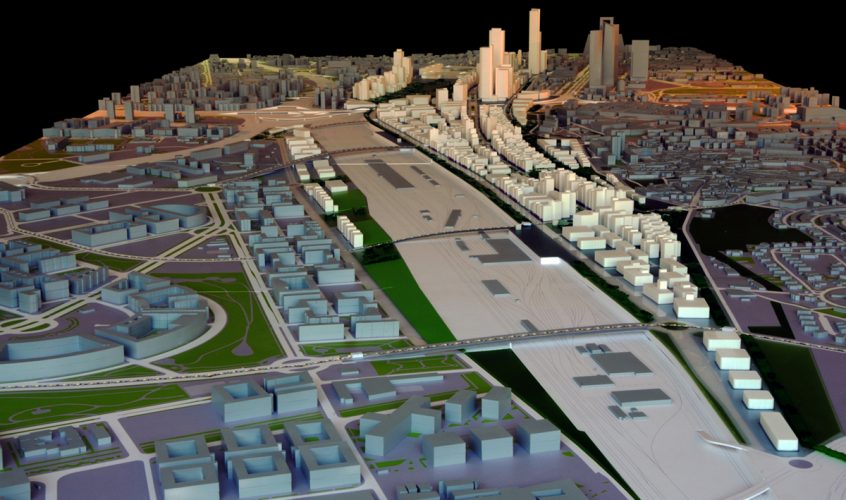 The project Madrid Nuevo Norte includes more than 400,000 square meters of green areas that join the network of parks already existing in Madrid. These will be grouped into two axes: The Central Park that will be located as a cover of the Chamartín roads and that will surround the Business Center and the so-called Green Axis. Both will have 13 hectares of landscaping and areas of social coexistence. Meanwhile, the Green Axis, will have a network of parks interconnected by all the neighborhoods and that will join the existing parks to expand the main axis of the city Prado – Recoletos –Castellana.

The green areas necessary for the recreation and oxygenation of the urban planning, have also been included in Madrid Nuevo Norte. Also, this innovative urban project has considered the neighborhood needs of existing communities. An extensive study was performed thanks to said communities to determine the location of new schools, health centers, neighborhood and senior care centers, sports facilities and other public facilities.

The northern part of the city has a historical housing deficit, which was one of the main reasons to approve this project. The project for Madrid Nuevo Norte plans to build 10,500 new homes of high quality and design as well as energy efficiency that will be surrounded by shopping and professional centers. These housing developments will combine design with sustainable architecture to provide comfort to its users with different levels of luxury. 20 percent of the homes will have public protection.

It’s estimated that 63,000 direct jobs, 31,000 indirect jobs and 23,000 induced jobs will be generated during the implementation of this project, and once the project is completed, the area is expected to generate more than 94,000 jobs, thus becoming an area of intense activity.

Madrid Nuevo Norte is a sign of the evolution of European cities that take a step into the future by expanding their spaces and adapting them to the needs of the new generations without altering their architectural and historical wealth.