From April 12th to April 17th took place EuroCucina in the city of Milan, Italy. It is one of the most important kitchen expositions in the world and it takes place every two years. In this exposition is shown the latest high quality kitchen design for the demand of savvy consumers. 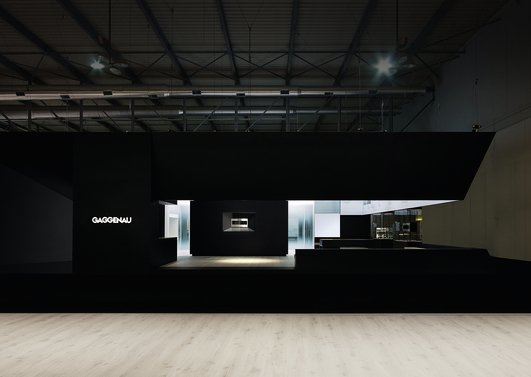 This exhibition was created in 1974 and runs simultaneously with the International Bathroom Exhibition and the Technology for the Kitchen (FTK) event in which people can see built-in appliances and cooker hoods. And of course, all products show the latest technology for kitchens.

A go down in history for Gaggenau

In this edition, it was included the celebration of the Gaggenau brand that was commemorating its 333rd anniversary of manufacturing home appliances. The German company was created in 1683 and since its beginning it has been recognized as a leader in innovative designs and technology for kitchens. 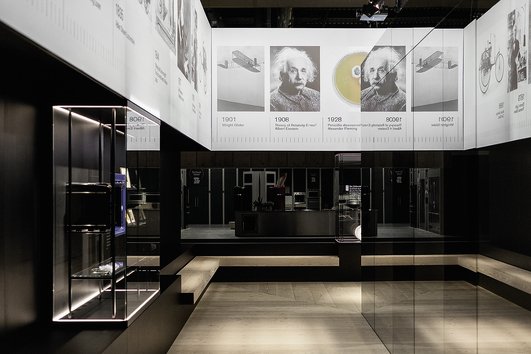 For commemorating Gaggenau’s anniversary, the visitors of EuroCucina had the opportunity to immerse themselves into a historical journey through the exhibition of the brand. It illustrated a timeline with images and stories from its foundation until its latest invention, as well as the evolution from its handcrafted work until its engineering perfection in the home kitchens.

In the exposition, visitors can experience live demonstrations of manufacturing traditional methods from a real blacksmith working with his tools that reflect Gaggenau’s past as an ironworks. 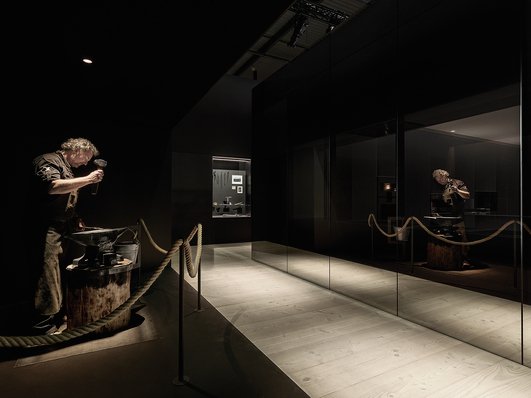 Fire is an enduring symbolic element for Gaggenau. In the 17th century when food was made over an open fire, then later in gas-fired stoves, and today using gas cooktops.

As visitors walk through the exhibition, time divides and history is brought to life. The journey ends with the Gaggenau’s future icon, the EB 333. This 36 inch wide oven is being relaunched to the market with an adjustable design and improved functionalities. It is shown to the public for the first time at EuroCucina 2016. 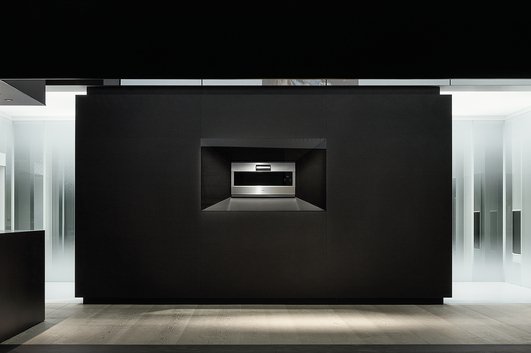 The EB 333 oven, baptized as a tribute to Gaggenau’s anniversary, embodies the philosophy of traditional avant-garde design where timeless craftsmanship meets innovative design.

Alongside the EB 333, Gaggenau presents its innovative products portfolio displayed in a glass cube that recalls a curated art exhibition. As the centerpiece of the exhibition, this cube shows the latest company’s products, such as the 400 series dishwasher, the combi-steam oven from the 400 series that has a fully automatic cleaning system, the vacuum drawer from 400 series, and the Vario flex cooktop from the same line.

In the past four years, Gaggenau has convinced and surprised the public with its astonishing exhibition concepts at EuroCucina and for that reason it has been awarded twice with the IF Design Award. Developed with the Munich architect’s office Einszu33, leaded by its owner Hendrik Müller, this year the brand has raised the bar even further, bringing 333 years  to life with a concept to celebrate Gaggenau’s past, present and future.

Besides Gaggenau, a total of 138 exhibitors were present in an exhibition area of 23 thousand squared meters in this EuroCucina edition, such as Airclinea, Dada, Ernestomeda, Varenna, and Elam that showed their proposal for kitchen designs for this year 2016. This huge exhibition is a milestone and generates an exchange of ideas among the participants, who have the opportunity to make public their new designs, concepts, and ideas, as well as technology and new materials.

As we mentioned before, EuroCucina runs alongside with FTK and the International Bathroom Exhibition. The first one consists of a sample of innovative and prototypes products in the built-in appliances sector. The second one is an exhibition of the latest accessories for bathrooms and the design of furniture for this space of the house.

For more information about Gaggenau and other brands presented at EuroCucina visit today La Cuisine International. We await you!