Forma, the towers designed by Frank Gehry that will touch the sky in Toronto 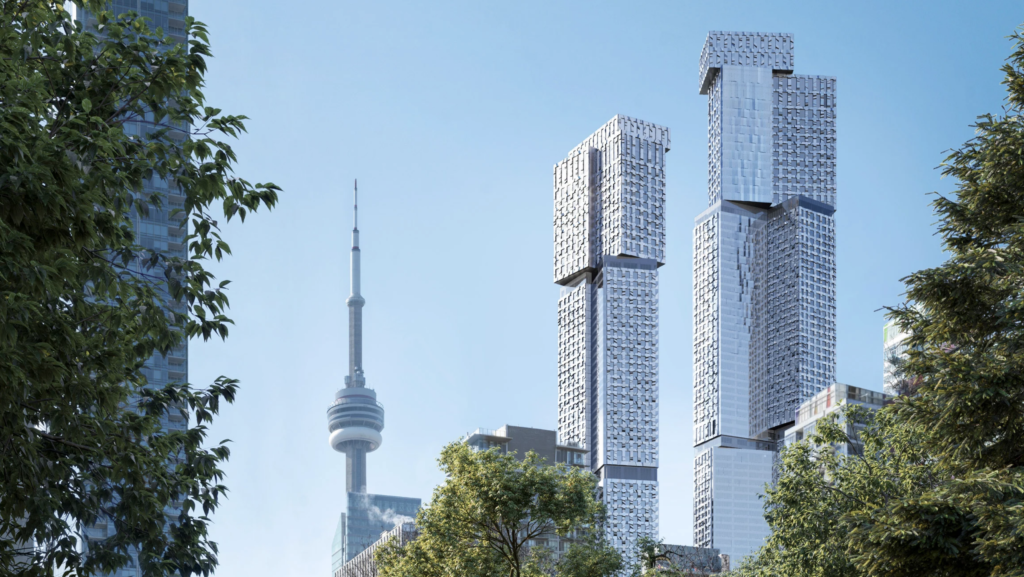 Frank Gehry has already unveiled the two towers that will  make up his Forma project. These skyscrapers that will grace the city of Toronto are the tallest residential buildings designed by this famous Canadian architect.

But, beyond its obvious commitment to superstructures (both towers are below the threshold of super-tall skyscrapers), two details make Forma stand out: it will feature some interior spaces designed by Paolo Ferrari, and will be home to a university campus.

Beautiful inside and out

According to Gehry, the development, located on King Street West in downtown Toronto, will capture the essence of the beautiful city. “Every city in the world has its own light and the light is modified by the buildings in the city,” stated the architect regarding the glazed shapes on the facades of the two buildings.

Two material schemes can be observed in each tower, which creates a very characteristic juxtaposition. Thus, both towers exhibit smooth reflective glass surfaces and stainless-steel cladding with sculptural folds, giving them an undulating façade.

Between the blocks that make up each skyscraper, there are strips of glass that accentuate the disjointed visual effect of the tower . Regarding this particular detail, Gehry has explained that the design of the towers seeks to represent what is unique in Toronto. 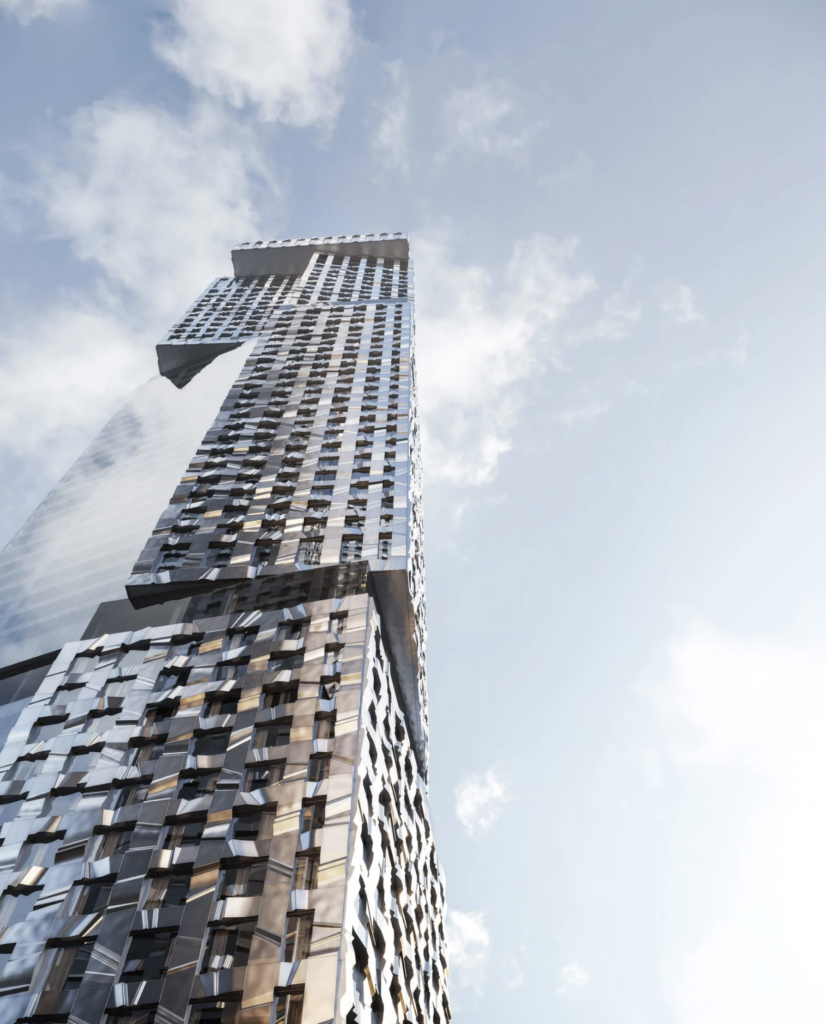 Forma has been a controversial project. The original design, which included three towers, was announced in 2012, but it was redesigned in 2013 to include ribbon-like wrapping connecting the bases of the towers.

Along with this delay came the outrage from locals and city officials over the demolition of a theater that occupied the site where the project would be built. This prompted Gehry to finally reduce the design to two towers in 2014.

Sothe latest version of the Forma project -which has been in development for nearly a decade- has two skyscrapers with offset blocks stacked on either side of the voids. The voids make each tower appear to have different parts.

The university space within this project will offer OCAD students and faculty “enhanced learning and research spaces while providing opportunities to collaborate with the community on a wide variety of art, design, and media initiatives,” explained Ana Serrano, president, and vice-chancellor of the School of Art.

So, this is how 93-year-old Frank Gehry, after a decade of work and planning, will touch the sky of his native  Toronto with Forma.