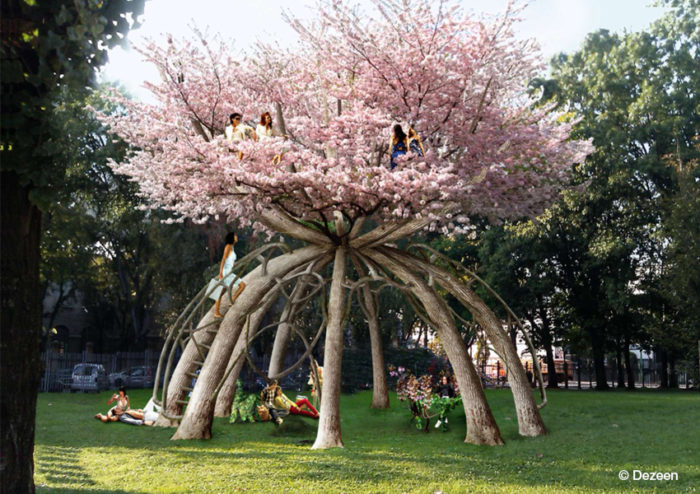 Arbortecture is an interesting take on green architecture. The word comes from the combination of “arboreal” and “architecture,” which basically means that instead of building and creating our own homes, we simply make them grow. Some consider the term equivalent to “Green Building,” as it essentially implies creating (or helping to create) a construction based on a living structure.

Conceived in the midst of the sustainable development process that aspires to educate new generations about coexisting with nature in a way that involves less exploitation than previous generations, arbortecture looks to rebuild the existing connection between humans and plants through the development of more ecological construction methodologies.

In the past, architects and builders thought of plants and trees as elements that provided life and beauty to a space; now, most of them try to merge plants with the ceilings and walls to take advantage of their natural attributes. However, arbortecture takes the idea of ecological architecture to the extreme since it transforms the construction suggested into a structure that is truly alive. 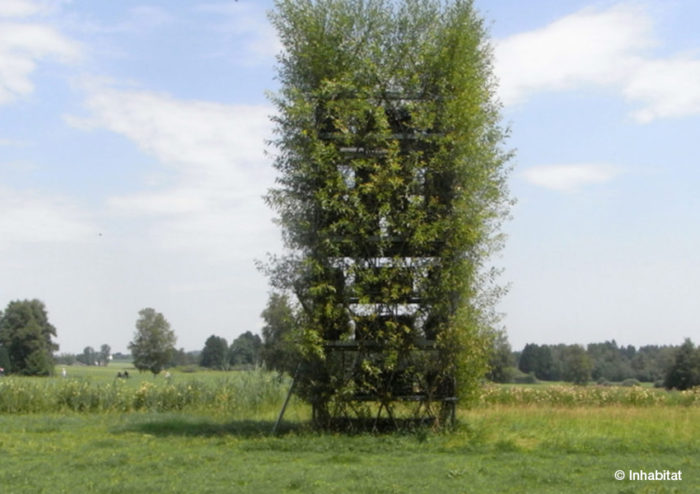 Even though the term is new, the truth is that the concept behind arbortecture isn’t a novelty. The coexistence of construction and plants has been present since ancient times.

An example is the Khasi bridge in India, which was created from the living root of an Areca Palm in Cherrapunji 600 years ago. Other very interesting examples are what is known as the Chair That Grew of John Krubsack (1914) and the interlaced trees of Axel Erlandson (1880).

In that sense, The Patient Gardener Project designed by a group of students of the Polytechnic University of Milan and the Swedish studio of architecture VisionDivision, is an example of the current smart application of arbortecture. The ambitious project consists of the creation of dome-shaped trees with a waiting period of 60 to 80 years.

Another daring arbortecture project is the Baubotanik Tower (Ferdinand Ludwig). Finished in 2009, the Baubotanik system is a type of living structural construction that aside from complying with all the characteristics of any construction made of wood, it absorbs carbon dioxide from the atmosphere to strengthen its structure while it also returns back what it has absorbed as oxygen.

Either a visionary approximation or an ecological illusion, the truth is that arbortecture is a trend that must be watched since we don’t know if the green cities of the future will impose this type of construction as the norm.