13 chefs and one mission: enjoying the good table at Cayman Cookout

The organizers of the Cayman Cookout are not afraid of bad luck, and that’s why they invited 13 of the world’s most renowned chefs to come together from the 15th to the 19th of the month, on the beautiful island whose name inspires the event. With the Ritz-Carlton hotel and the Grand Cayman as the focal point, the event will have the presence of chef Eric Ripert, who once again will host this gastronomic meeting.

The 13 top chefs at Cayman Cookout 2020 represent a mix of eternal favorites such as Eric Ripert, José Andrés and Emeril Lagasse, along with former participants Dominique Crenn, Daniel Boulud, and Andrew Zimmern and the new additions of well-known names in the industry.

On this prestigious list is British chef Clare Smyth, who was the first one in her country to have a three-star Michelin restaurant. Other names that stand out on the Cayman Cookout 2020 include chef Niki Nakayama, owner of the n/naka restaurant in Los Angeles, specialized in Kaiseki cuisine, and Pano Karatassos, executive chef at Kyma Restaurant in Atlanta, whose menu focuses on the flavors of the Mediterranean and has its own product line. 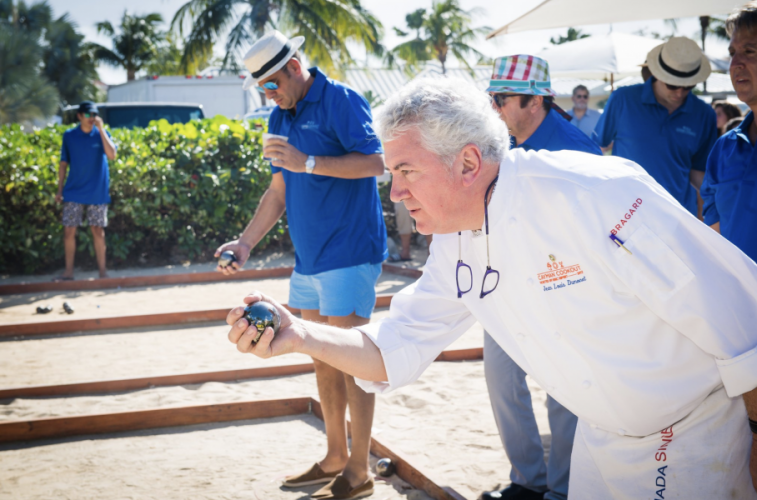 Beyond the famous “caymankind” (Cayman Islands hospitality), the secret to manage the annual return of the chefs and the public to the Cayman Cookout event is the amount of activities that the sponsors and organizers develop with visiting and local chefs. Dinners, product presentations, parties, barbecues by the seashore and tastings, will be the main courses of this event.

In 2020, two major brands from the family of La Cuisine International will be present at Cayman Cookout: Gagganeau  and  Thermador. These brands will be an important part of many of the activities that will take place in this twelfth edition of the event.

The activities will begin on January 15. Preston Van Winkle will host the tasting of fine bourbon made by his family for decades in Kentucky, United States. Attendees will have the opportunity to try 10, 12, 15 and 20-year-old whiskey while enjoying a delicious selection of dishes prepared by Thomas Seifried, chef at Blue by Eric Ripert.

The next day (January 16), the visitor will have the difficult task of choosing between going diving and then tasting lionfish and local craft beer along with chefs José Andrés and Thomas Tennant; escape with chef Eric Ripert on the private jet of Terry Peabody, owner of the world-famous New Zealand winery, Craggy Range, to visit Ian Flemming Villa in Golden Eye, Jamaica and experience wine tasting at high altitude; spend an afternoon of cocktails made with local rum by chef Andrew Zimmern or give in to the delicious cocktail competition, known as the “Bartender Olympics.”

There will be interesting events throughout the following days, 17, 18 and 19. A must-do? The Face-Off or so-called “Battle of traditions,” where chef Ripert will defend his favorite fish stew, the Bouillabaisse, while José Andrés will prepare one of Spain’s specialties, Paella. This culinary battle that will be accompanied by the jokes of two great friends (Ripert and Andrés) promises to be a delight to the senses.

Other activities to enjoy are tasting the modern version of the traditional Japanese Kaiseki by chef Niki Nakayama; the wine marinated lunch hosted by chef Clare Smyth and an event called “Ripert and Petanca,” where the host chef will close this edition of the Cayman Cookout gathering together with his colleagues and the audience on the beach.

In short, this edition of the Cayman Cookout is the best excuse to leave the diet of the beginning of the year aside, or rather for another month.