LCI: a business family in full growth (part I) 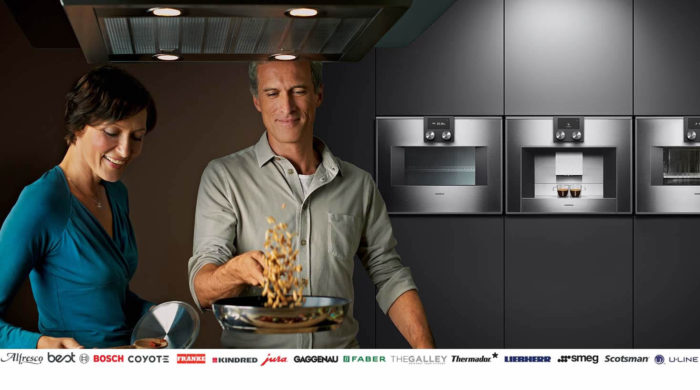 There is nothing like the story of a business told from the point of view of those who make it possible: its collaborators. La Cuisine International, which is currently a large multinational group that distributes luxury appliances, with commercial and technical support in more than 30 countries in Latin America and the Caribbean, was born in Venezuela in 2004 as a dream promoted by Josu Gaubeka.

“I remember -says Conchita Pérez, LCI’s Logistics Manager- that Josu started selling products by Franke. He slowly began to expand the business with new brands and thanks to that was able to open a store in Venezuela, which is still located at the mall Centro Comercial San Ignacio.” Pérez adds that once they had the financial muscle and having earned the trust of clients and brands, Gaubeka arrived at Miami and established a successful partnership that a year later (2005) produced the first LCI store in this city of Florida. 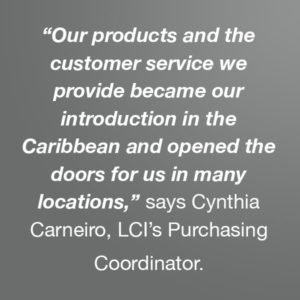 On the other hand, Cynthia Carneiro, LCI’s Purchasing Coordinator, adds another memory to Pérez’ story. “The Resort Amanyara was our first big project. We worked along with the designers and architects in this project, so we were able to create the perfect synergy with the client. The result was adding the convenience of luxury appliances to the breathtaking beauty of the resort.”

Carneiro states that after the work performed at Amanyara, they received requests for many projects, among which the project of BahaMar, an idyllic and luxurious resort in Nassau (Bahamas), stands out due to its magnitude.

To the Caribbean and beyond

Cynthia Carneiro and Conchita Pérez are two fundamental pillars in LCI and that can be evidenced in the passion they convey when they talk about the company and its achievements. “Our work in the Caribbean helped the company grow slowly. Colombia, Panama, Peru, Costa Rica, Guatemala, and recently, the Dominican Republic joined our list thanks to our network of distribution partners and our subsidiaries. But it’s the result of years of work and what we have achieved is due to the fact that we are a consolidated team with a clear mission: to provide clients with the best experience in terms of service, purchase, and after sales for the brands we have in our portfolio,” proudly stated LCI’s Logistics Manager.

Both Pérez and Carneiro have thousands of anecdotes about the origin of the branches. “Panama was a market that was easy to penetrate. It all started with Andrés Futo, who shares the vision of our bosses. He not only had the knowledge of the market but also handled all the legal aspects, which certainly made everything easier,” tells LCI’s Purchasing Coordinator.

When talking about the opening in Colombia, they both agree that it was an easy process as well. They explain that everything began with a showroom and the staff of Marcelo Vila, the main shareholder and who is described by both of them as a proactive and resourceful person in business matters. 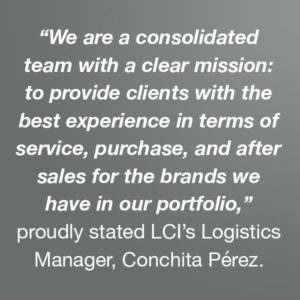 On the contrary, Costa Rica was a different scenario. “The most complicated aspect was the customs processing, but currently it’s something we can handle perfectly” says Conchita Pérez. Regarding the stores, the two managers explain that the success of La Cuisine International has been knowing how to adapt to the style of every country. “We have understood that each market has a different rhythm and both the buyer, and the staff of each store, respond to their culture. In that sense, the process hasn’t been complicated since we are a multicultural company, and this is a priceless experience,” states Pérez.

Undoubtedly, Venezuela is always an important subject in relation to the history and the future of LCI. Pérez and Carneiro speak kindly about the first store and even with admiration for those who work there. “Even though the economic situation in Venezuela has become an inconvenience for business development there, the LCI team in Venezuela deserves enormous credit. They continue selling and working hard, maintaining their work ethics and serving customers despite the complicated market,” explains Carneiro.

The managers of LCI also tell us about what is coming for the company. “The vision of the bosses -says Cynthia Carneiro referring to Josu Gaubeka and Rafael Guerrero- is to do everything big, so an expansion is coming in 2018.” The manager says that in addition to the store that will open in Aventura, they are negotiating another one in Denia Beach (Florida) and we are already opening a branch in Barranquilla – Colombia.

Also read: LCI: a business family with the “extra mile” in their blood (part II)