Thianjin Binhai Library, the eye that looks from within 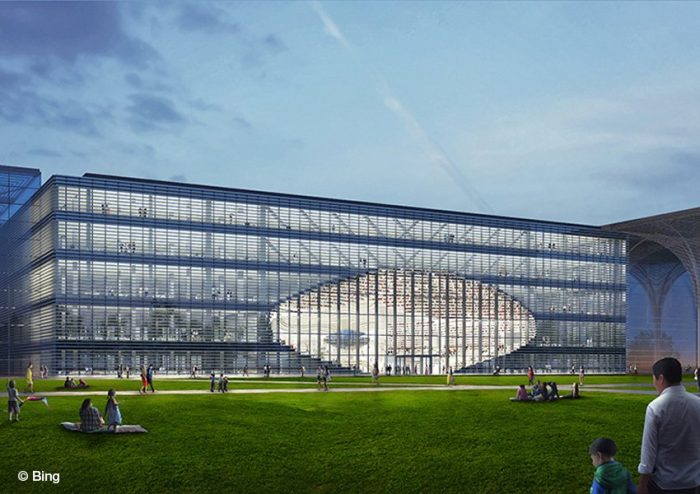 A new library opened its doors to the public at the end of 2017 in China, more specifically in Tianjin, 120 km north of Beijing. The event represents a success in an era characterized by digital publications, where being able to capture and hold the attention of audiences requires more than books in a structure like this.

Its creators thought of everything. The success behind this intellectual adventure is a combination of a limited book collection with an impressive architectural piece of futuristic design that offers its visitors internal and external panoramic views of this masterpiece. 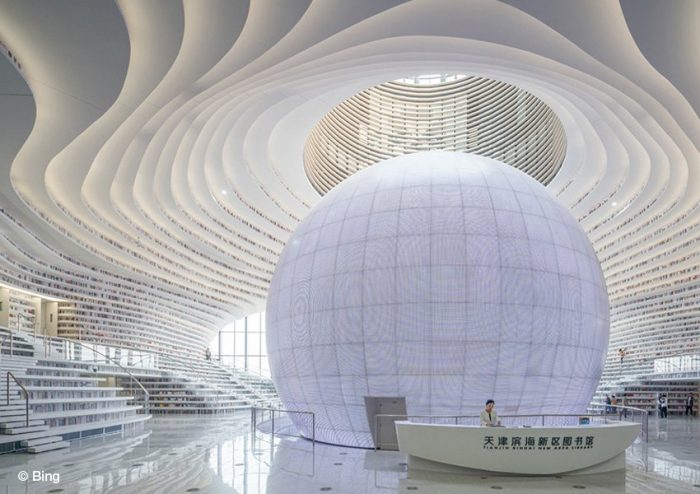 A look at culture

Beyond being a library, this is a comprehensive cultural center that attempts to connect a beautiful outdoor park with the construction. Besides, it constitutes an educational center with an inner high-technology auditorium.

The objective of the project, which was developed by the Tianjin Urban Planning and Design Institute (TUPDI) jointly with the Dutch firm MVRDV, is the creation of the Tianjin cultural district to promote tourism, cultural activities, and a greater civic participation from its citizens. The library also has the ambition to become the epicenter of the community and a junction point between the historical center, residential neighborhoods, commercial areas, government district, and the financial center. 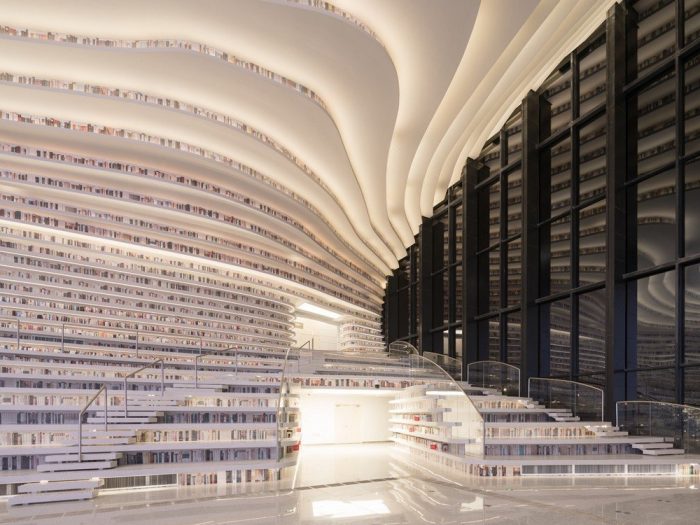 The building is constituted by 5 outer floors with telematics rooms, as well as multipurpose convention halls and meeting rooms. Additionally, the structure offers classrooms, an underground hall for book storage and maintenance, and a large archive.

On the Main floor – that resembles the pupil of the eye- is the ultra-modern auditorium, which is covered on the outside by a glass panel that provides a global view of the library and at the same time reflects the beautiful outdoor park. The impressive curved grandstands that surround the globe multiply all the way to the ceiling and are full of bookshelves with approximately 200,000 volumes, a number that is expected to reach 1,500,000.

Most of the books are in the levels with the easiest access, so higher levels have more spare room, thus, being covered with printed aluminum plates that mimic book spines to deceive the eye of the spectator with an optical illusion called trompe l’oeil. The building’s facade is covered by oval shaped crystals that, playing with color and light, from the outside give the impression of looking at an eye that looks back at the observer.

The building has environment-friendly technology and the distribution of its services considers the needs of children, disabled individuals, and senior citizens to facilitate even more the comfort of its users. Besides, the project has been a success in terms of social media campaigns, which aim at encouraging reading and study habits.

So, this structure is proof that even today architecture and the old habit of reading can become best friends.