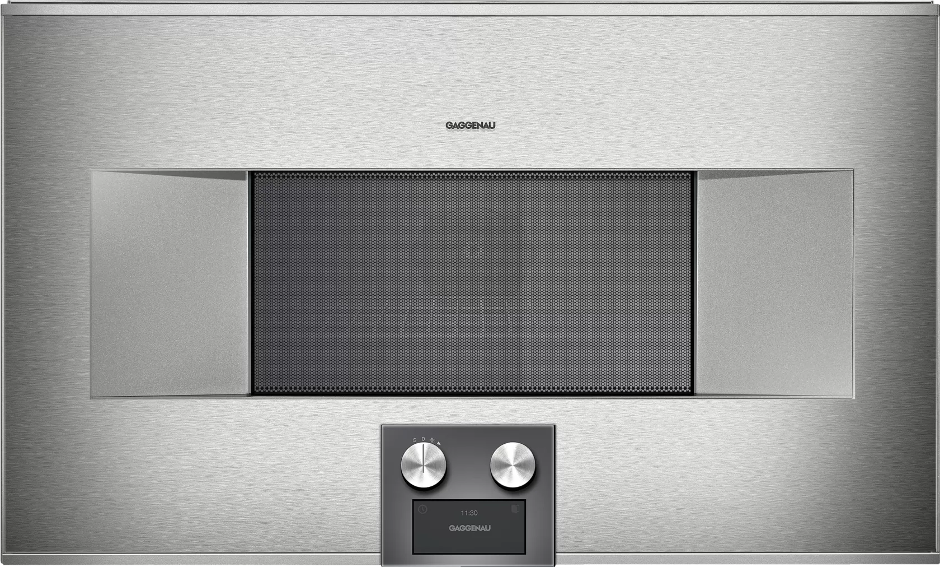 Successful mergers deserve to be celebrated, so we are celebrating that Gaggenau has combined two great kitchen essentials in a single appliance: the oven and the microwave. Two of the most widely used appliances combine their functions in the Combi-microwave oven 400 series, providing a space-saving and efficient solution for your kitchen, with the high technology that characterizes the brand.

The oven, broil, and microwave functions are combined in a compact unit with elegant lines, an automatic stainless-steel door, and an internal ceramic base that can be installed built-in and easily adapted to any kitchen style thanks to its sober and modern design. The Combi-microwave oven 400 series performs the microwave functions at five power levels (1000, 600, 360, 180, and 90W) with 15 automatic programs: 4 food defrosting programs, 4 automatic cooking programs, and 7 combined function programs. 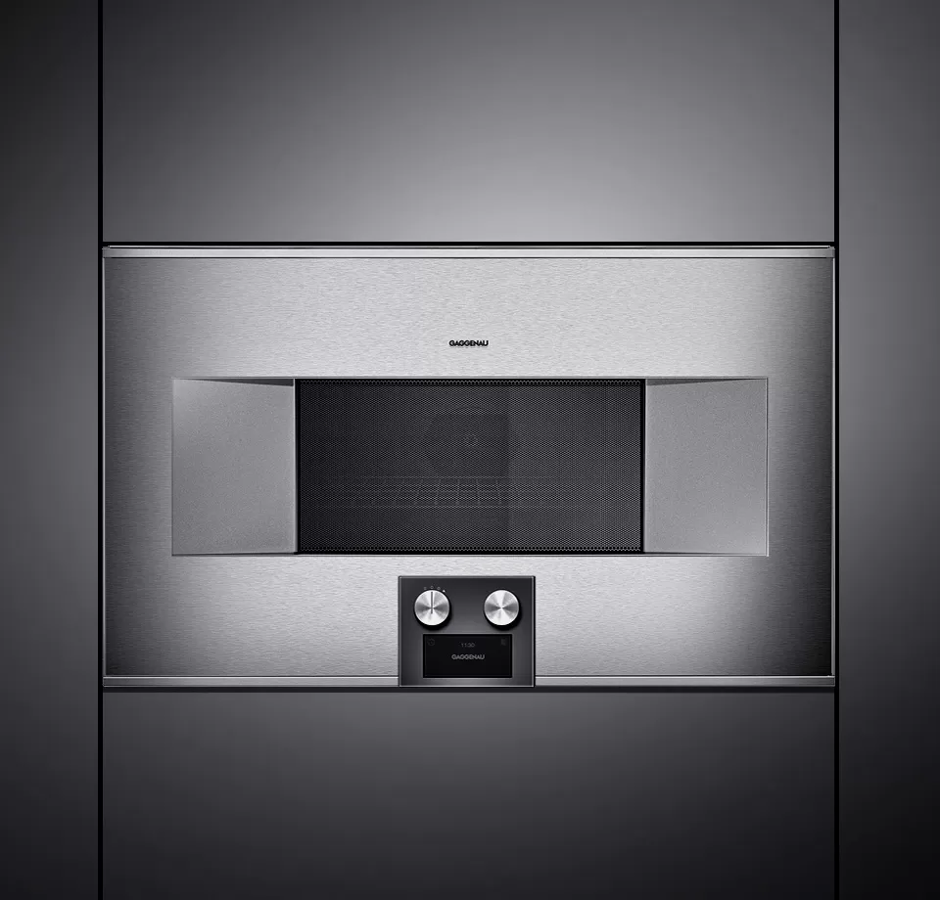 Gaggenau’s technology is evident in the multiple functions and convenience that the Combi-microwave oven 400 series brings to your home. The appliance features an electronic memory with the option of saving up to 50 customized recipes, recording cooking time, temperature, and weight.

It also has a Sabbath Mode option that keeps food at a constant temperature of 185°F for up to 24 hours after programming.

All the options offered by the Combi-microwave oven 400 series are controlled by a one-touch control panel that will also give you information about the status of what you are cooking, using an interactive function that allows you to control the temperature and heating method.

The door features triple glass thermal insulation to prevent accidents. Additionally, you can set a triple lock with the child lock and the door can be opened 180° depending on how the appliance is installed.

Inside, the Combi-microwave oven 400 series has four racks that can be removed and placed as you wish, plus interior halogen light, all in stainless steel for easy maintenance and durability.

The Combi-microwave oven 400 series by Gaggenau is the perfect option for small kitchens that have to make the most out  of storage space, for those who enjoy minimalism, and in short, for lovers of technology and design. (Read also Common mistakes we make when we use the oven).