Gaggenau brings you a dishwasher without riddles 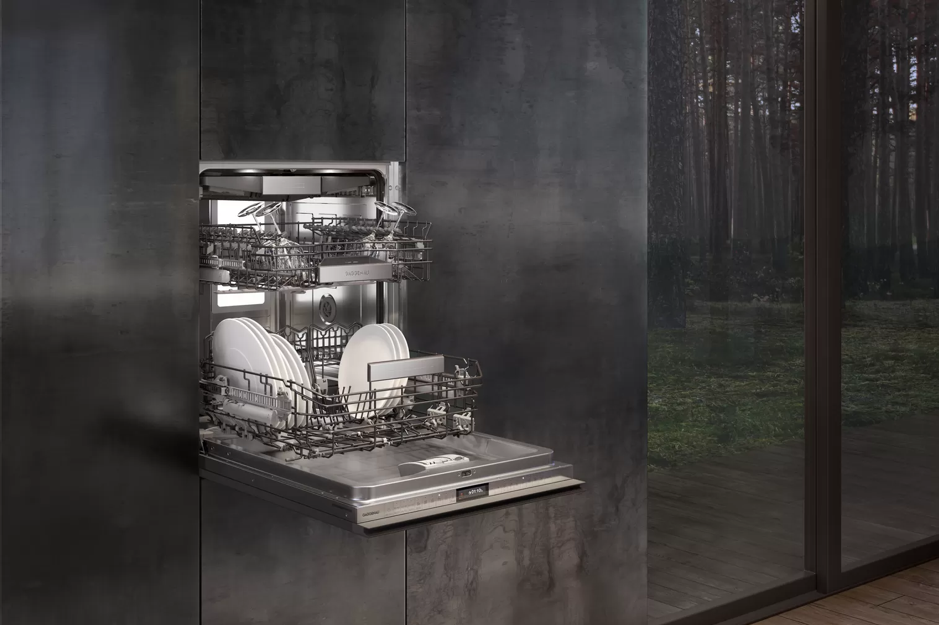 Using the dishwasher for many is an enigma, or it’s much more complicated than it should be. The number of buttons on the panel without much description forces you to constantly read the manual or guess the cycle, so you end up not getting the most out of the appliance, to say the least.

Now, Gaggenau presents the dishwasher, DF481700 from the 400 Series, that includes a very explicit control panel in its design that’ll provide a more intuitive use with accurate cycles for each load. In addition, it has an organization system that’ll allow you to take advantage of the space while caring for your dishes and utensils.

The control panel on this dishwasher from the  400 Series by Gaggenau leaves no room for mistakes or guessing games. The control buttons allow you to regulate water temperatures with eight different programs, the cycle length, specify the load for a particular cycle for glassware or metals, and even program timeouts. You can also regulate the drying power and apply a special program for difficult loads with intensive washing.

Everything is visible on a digital LED display to make sure the dishwasher works exactly as you want it to. 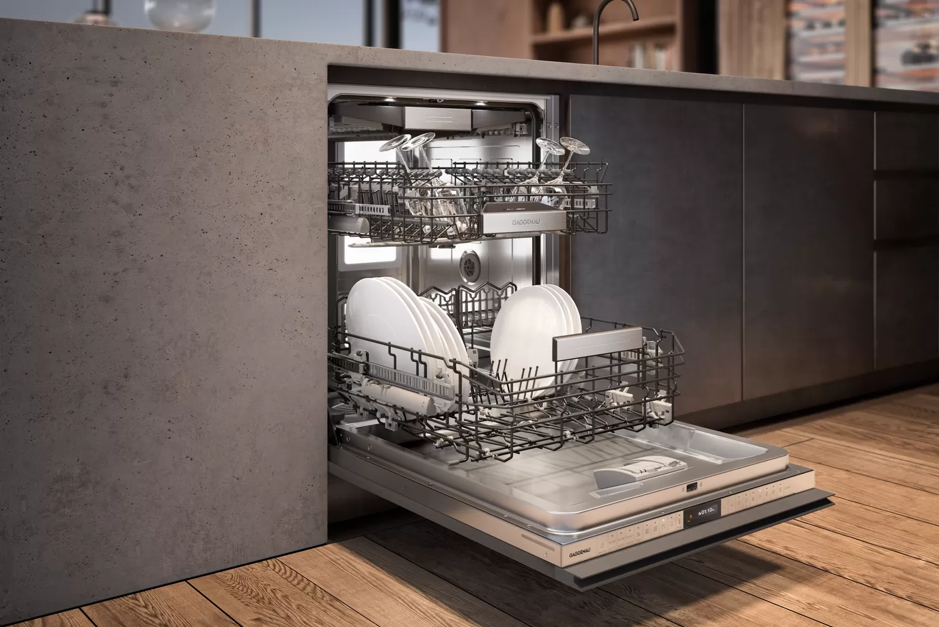 Gaggenau includes a special washing and drying program in this 400 Series appliance for glassware with zeolite and hard water softener that prevents limescale stains on glasses. It also has a special basket that optimizes space and holds the glasses by their stems, preventing them from falling or moving during the cycle. As an accessory, a special basket can also be included for glasses with a capacity of up to 4 units.

When it comes to the cutlery, this dishwasher includes the traditional basket with several compartments to organize them, but also adds a special tray to arrange them horizontally and place the kitchen utensils for a more meticulous and thorough washing. The trays can be moved, exchanged, and have a locking system and slides that won’t allow unexpected closures that put the dishes at risk.

To dress up all the novelties of this dishwasher, the appliance features LED internal lighting and a push-to-open door that can be covered with laminate to blend in with any kitchen style or kept in its sleek stainless-steel finish.

Without a doubt, the DF481700 dishwasher from the 400 Series will be a great addition to your kitchen. (Also read Dishwasher maintenance in 4 steps).