The latest bet of MAD architects in China: A cultural center in a cloud 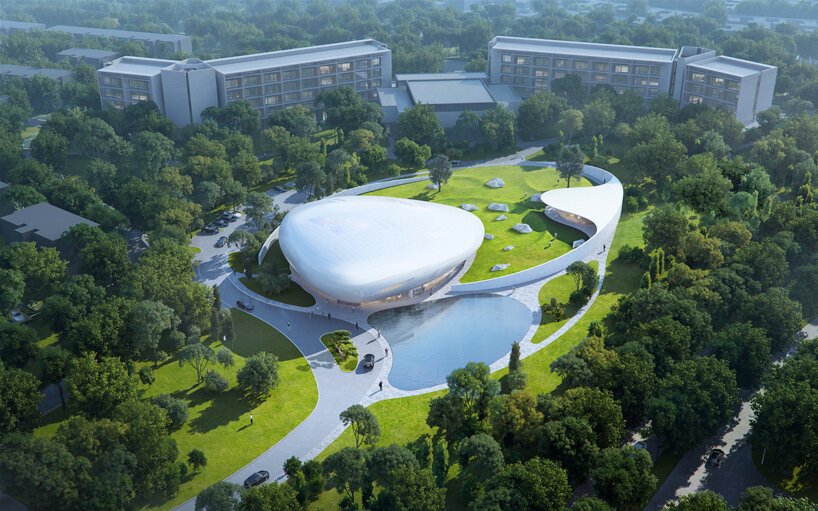 The Asian studio specialized in futuristic architecture MAD recently unveiled their design proposal for the cultural center of Aranya, a community located on the colorful coast of Beidaihe, China. The smooth and rounded structure has been called the “Cloud Center” because of its ethereal, cloud-like shape.

According to MAD’s architects, the cultural center of Aranya was conceived to represent a “floating cloud by the sea,” where different artistic manifestations could be accommodated. With a total area of 2,579 square meters, the Aranya Cloud Center will host a wide range of functions including a conference room, a small theater, and an exhibition space.

Despite its recent presentation to the public, the Cloud Center is a project whose construction began in March of this year. The architects behind it assure that the same will be completed by the end of 2021, so the project will be inaugurated in 2022.

The curious shapes of a Cultural Cloud

The shapes of this building certainly attract a lot of attention. With a low circular wall that draws the boundaries of the location, wrapping up the generous landscape that surrounds it, the Cloud Center looks like a giant piece sculpted in white stone.  The undulating grass around it along with the white rocks, make the place look like a constellation of planets.

All this can’t come as a surprise since one of the signatures of MAD Architects is creating works of these characteristics.

This multi-purpose cultural center is a building that’s articulated in a smooth form that appears to float thanks to its predominantly glazed base. The architects explain that the facade of the “Cultural Cloud” will be coated with white stained glass, resulting in a pure, polished surface that will reflect the surrounding trees and sky; thus, the proposed “cloud” effect will be tangible. 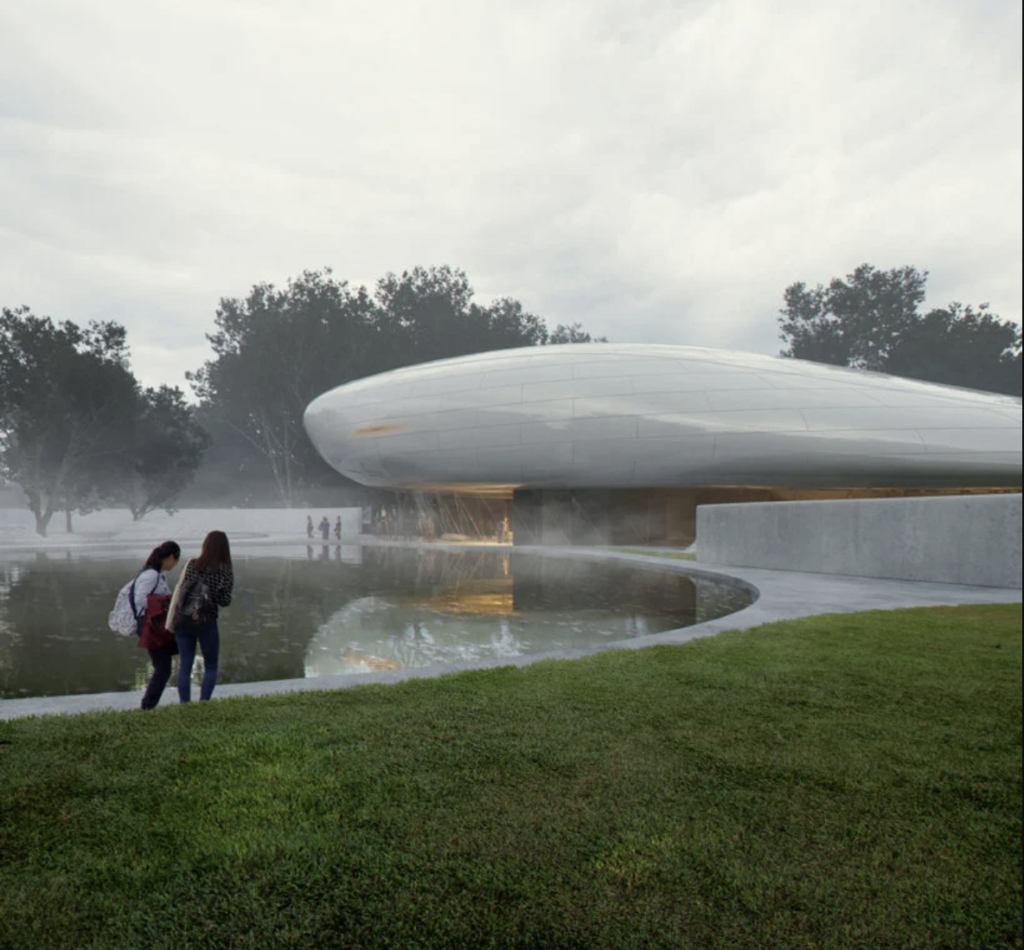 The building will also have huge structural cantilevers, the largest of which reaches 30 meters in length, which will help create the monumental ethereal appearance of its design. One of the most interesting challenges MAD architects faced was to create a column-free interior space, which they achieved by developing a balanced volume suspended by a central core that supports the entire structure.

To reach the Cloud Center, MAD designed a winding path that will lead visitors to the entrance of the building, where a mirror of water reflecting both the building and everything around it will blur the boundary between the center and nature, inside and outside. The effect is thus that of a great mirage.

The main internal space of the center consists of a multi-purpose room that extends into the sky of the building through a swirling ceiling. Above the spaces, a series of skylights allow the entry of plenty of natural light into the interior to reduce energy consumption.

This building will have numerous open spaces separated by movable walls that’ll offer a high degree of spatial flexibility to meet the needs of exhibitions, theatrical performances, conferences, and a variety of other functions.

And although all this may seem a fantasy, we won’t have to wait long to see this work whose description seems more a dream than a reality.