The incredible return of lime to homes

Lime, like other natural materials such as wood and adobe are back not only in architecture, but also in decoration. The case is that what is ecological is at the forefront, and this is something that the planet definitely appreciates, and so do the new generations.

Whitewash is the latest trend in eco-decoration and bioconstruction. But this return to what’s natural, this use of something as ancient as lime, is not new. The truth is that, while it is not common in the Americas, it has been developing enormously for decades elsewhere.

In fact, lime is used since the 80s in modern or rustic coatings and finishes in Italy, because it provides a bold personality to the constructions. Breathable and continuously reacting with the environment, lime is an antibacterial material that absorbs moisture from the environment very well and since it’s a natural fungicide, prevents the proliferation of the obnoxious mold.

Another key factor that makes architects and builders lean towards the use of lime in their buildings is the amount of energy needed for its manufacture. Lime is produced at a lower temperature than cement, so CO2 emissions are lower and, if we add to that the fact that biomass is used as fuel for its processing in some factories, then the emissions can become almost zero.

The advantages of whitewashing are remarkable; hence its return is repowered. The white color it provides reflects solar radiation, which makes the walls absorb less thermal energy and therefore, houses have cooler interiors without the need for air conditioning. To this we must add that it’s a coating technique quite simple to apply and very economical.

As we already mentioned, lime is a porous material and therefore, highly breathable so, by placing it on the walls it’s possible to help them “breathe” without losing their insulation properties (acoustic and thermal). Also, since it is a product without additives, it doesn’t emit contaminants to the environment, which guarantees quality air inside the house. 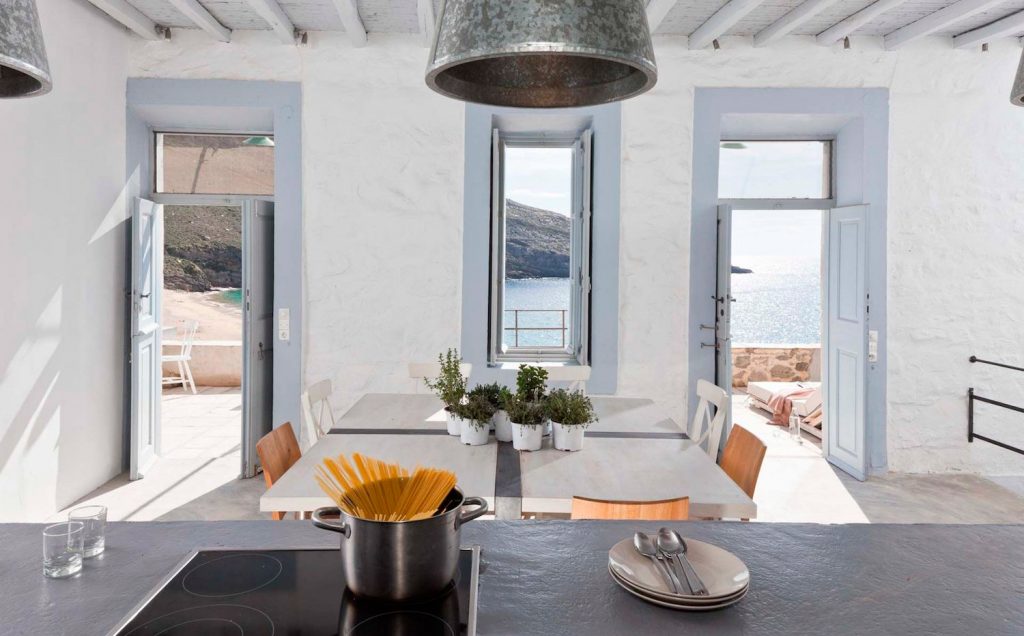 From white to Moroccan Tadelakt

This return of lime to construction has made Tadelakt fashionable again. This coating made from the lime obtained from the Marrakesh region, provides the surfaces where it’s applied with an appearance remarkably similar to marble.

Initially used by Berbers as a waterproofing element for the tanks where they stored drinking water underground, it’s believed to be a material that has existed for more than 2,000 years. Since it made surfaces waterproof, Tadelakt became common in the decoration of bathrooms and exterior facades of wealthy houses in Morocco.

Currently, thanks to the use of ecological, natural, and waterproofing materials in its production, it’s being used as an alternative to the use of tiles in shower cabins, swimming pools, steam baths and in general for any wet space.  The color most commonly used of this material that is usually pigmented with natural substances extracted from the earth is the so-called Marrakesh brown, which, at the end of the procedure, ends up having delicate beige tones that are perfect for any decoration.

Tadelakt lime is known as the plastering of all plastering, and thanks to its versatility and benefits it is one of the favorite materials of today’s bioclimatic constructions.