The Big Bend: The Curve in the sky of the Big Apple 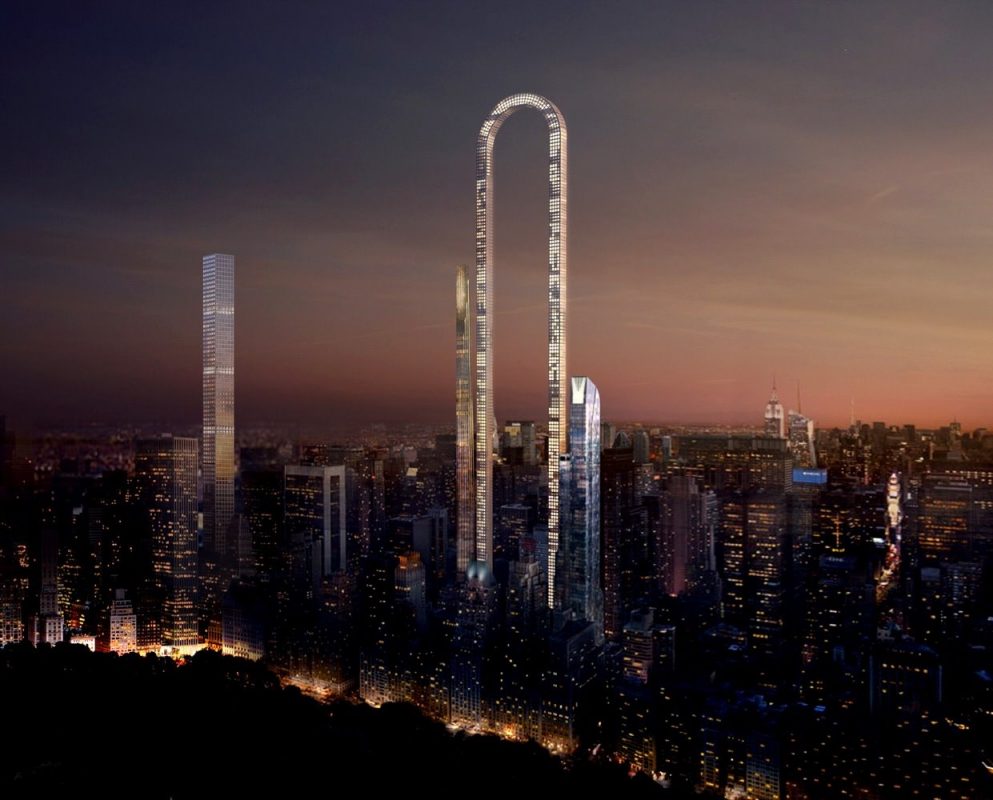 The architect Ioannis Oikonomou of Oiio Architecture Studio came up with a great and daring idea to challenge the rigid urban planning laws of New York: The Big Bend. The building that, according to this architect, seeks to bend its structure rather than bend or break the zoning laws of New York, could become one of the most prestigious buildings in Manhattan, and also the longest in the world.

The proposal that Oiio Architecture Studio has in mind for The Big Bend is a tower that, instead of extending into the sky, bends and creates a habitable arc and a structure that is one of a kind. Thus, the resulting building could reach 1,219 meters long (about 4,000 feet), which begins on one venue and ends in another.

Obviously, to make a work of such magnitude you have to consider even the smallest details. The most obvious of them? The elevators.

To allow circulation around the curve, this risky study suggests implementing the latest technology in elevators, MULTI by Thyssen Krupp. This allows elevators to move horizontally and vertically through a series of loops within a building. That is, this would turn the building into the highlight of architectural design and state-of-the-art technology.

Another interesting detail that Oiio Architecture Studio visualizes for The Big Bend, is that many times the highest floors of its structure would be above the clouds. This would provide owners and visitors with a unique experience and view, only compared to what birds can enjoy. 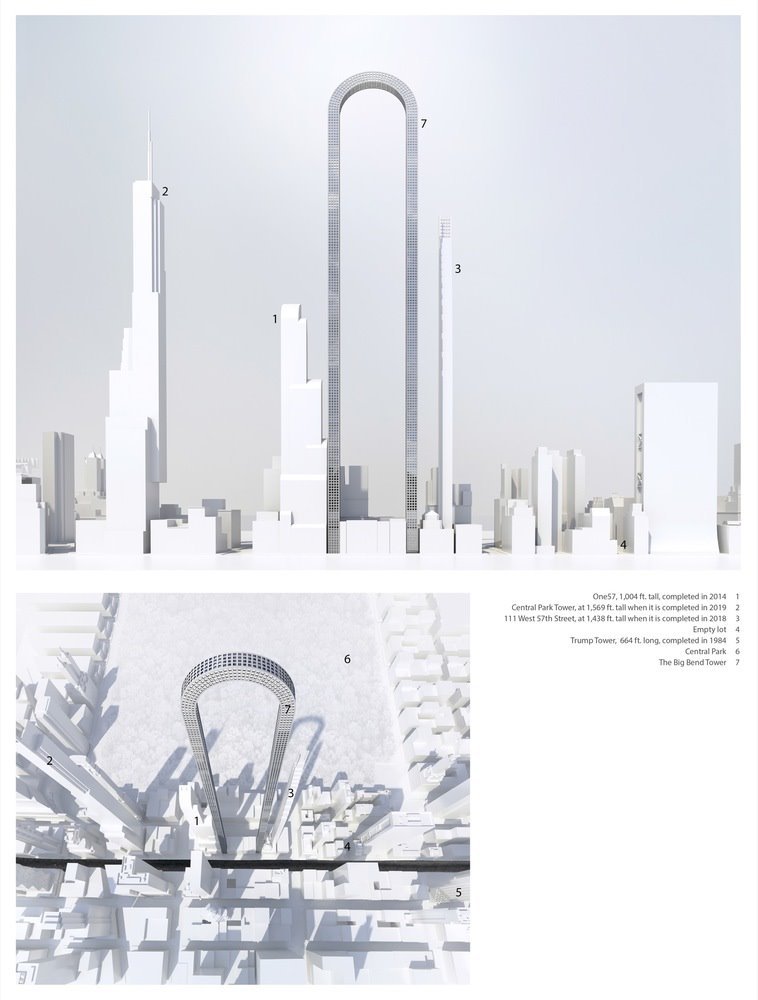 Changing the history and visual perspective of the Big Apple

Oiio Architecture Studio has admitted to international media that The Big Bend will not only make architectural history, but also will change the New York skyline forever. But where does such bold claim come from? It comes from the fact that the building would standout not only for its extraordinary height, but also because it would draw a curve in the sky of the Big Apple.

But that’s not all. The most ingenious aspect about this building is that it would be the longest in the world, without exceeding the limits set for the New York skyline. In this way, the architect Ioannis Oikonomou, of Oiio Architecture Studio, would cleverly score all the points of the world -and would earn all the envy of its colleagues too- by bringing to life one of the most spectacular skyscrapers by sticking to the norm.

If built, The Big Bend would surpass the Burj Khalifa, Dubai’s iconic building that currently holds the title of the world’s tallest (and longest) building, at 2,722 feet.

For now, The Big Bend can only be seen in the computerized images of Oiio Architecture Studio. However, the father of this creation, architect Oikonomou, has sent his plans to several companies and is currently in the process of looking for investors to bring to life the curvy figure of this building that even in blueprints is already breathtaking.