The architecture that 2021 will bring (4 representative samples) 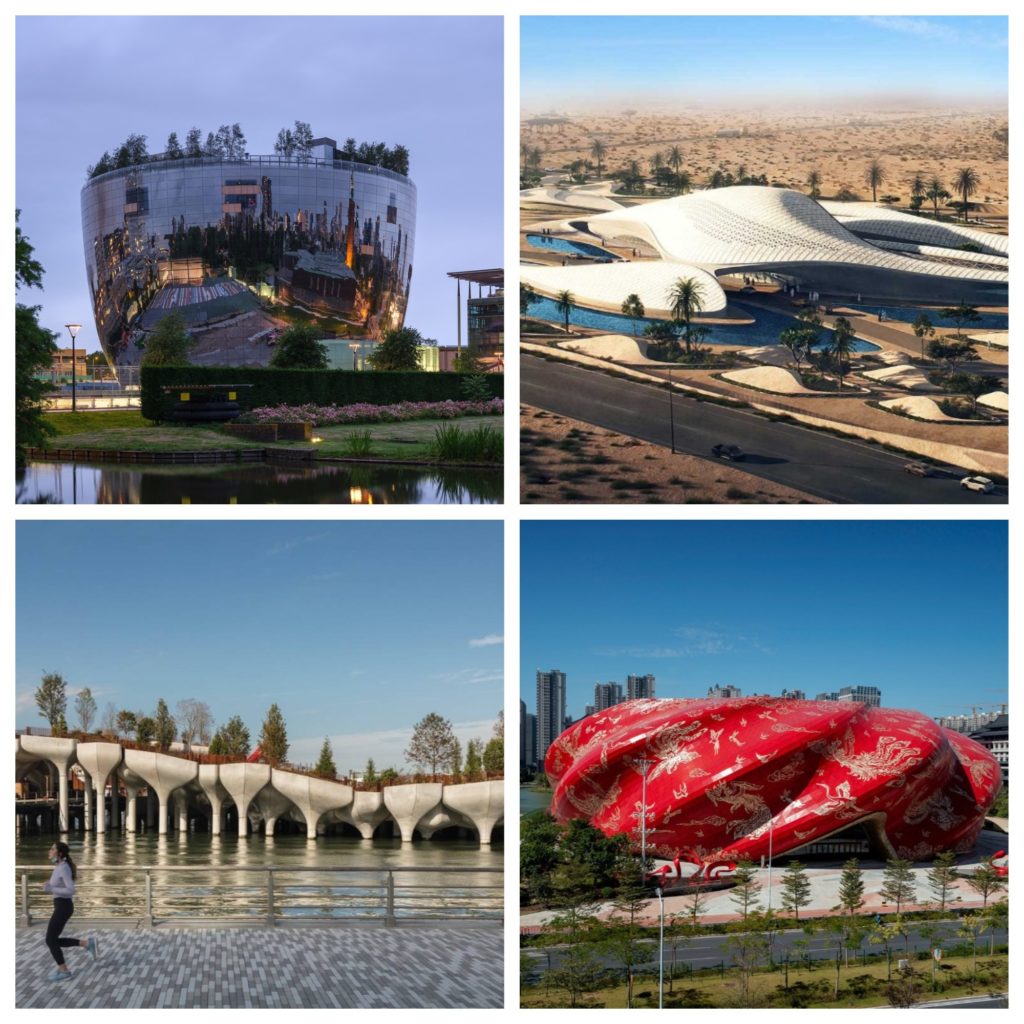 We are all looking forward to what 2021 will bring in terms of architecture. Last year, and despite the pandemic, some important buildings that we have mentioned before (see The architecture that 2020 left us) were completed. Thus, 2021 comes with the promise of seeing the completion of some projects  that were left unfinished, and also enjoy the opening of others scheduled for the following next 11 months.

So, we invite you to enjoy this tour through 4 representative samples of the architectural masterpieces promised for this year.

The opening of Sunac Grand Theatre in Guangzhou, located in the Huadu District in China, is scheduled for April 2021. This incredible building with capacity for 2,000 visitors is a unique construction. Its facade, resembling a silk cover, has drawings inspired by the ancient embroidery common in tapestries and ornamental robes.

This detail turns this theater into the epicenter of the city where the Maritime Silk Route began. In fact, Steven Chilton’s architects considered the importance of this material in its design, and for that reason the facade of the building consists of ten soft curves that mimic the folds of this fabric, in its characteristic color and design.

So far, we can only see the exterior of this theater, whose crimson coating composed of thousands of perforated aluminum panels is breathtaking. However, in April we’ll be able to enjoy its interior, which is a mystery. The only fact known until now is that the auditorium has immersive environments that’ll allow it to transform itself to fully use the 360-degree panorama offered by the theater.

Little Island, the work of the studios Thomas Heatherwick and Mathews Nielsen Landscape Architects, will open its doors in 2021. Located on the banks of the Hudson River, this park comprises a total of 132 “pots” with concrete columns that rise above the water to create a structure of different levels.

The cast concrete pots, designed to look like tulips emerging from the water, rise in heights ranging from 4.5 meters to almost 19 meters above the river. All this to create a unique topographic landscape in a city where design, art, business, and fashion merge.

Little Island will include areas to host community events, including shows, art, and educational programs. It will also have almost 10,000-square-meters of green areas with roads and hills from which you’ll enjoy a unique view of Manhattan. Once opened, most of the shows presented on Little Island are expected to be free or inexpensive, at prices set based on New York City’s nonprofit program.

The construction work on the new headquarters of the sustainability and environmental management company Bee’ah is almost completed. The building that exhibits the signature touch of Zaha Hadid Architects, is located in Sharjah.

This project, which blends completely with the dunes of the desert landscape that surrounds it, is and oasis in the 21st century. The building of winding shapes has an area of 7,000 m2 on a plot of 90,000 m2.

The construction is prepared to respond efficiently not only to the strong winds, but also to the intense heat of its location. Another interesting fact about this project is the use of recycled materials in its construction, which includes a light reflective coating, and solar panels, turning it into a smart and sustainable building. Its opening date is spring 2021.

In April 2020, during the pandemic, the studio MVRDV shared images of the first trees installed in the roof garden of the Depot Boijmans van Beuningen museum. Since then, the work on the completion of the building has continued, respecting today’s safety requirements.

This museum located in Rotterdam, The Netherlands, will house a collection of 151,000 objects, which, thanks to the smart design of the building, will be stored according to climate requirements, place, era, or genre. The interior of the building that has five different climatic zones, includes a large atrium with crisscrossed stairs and suspended glass display cases.

On the outside, the glass facade and its roof are the protagonists of the design. The latter is a mini urban forest that houses 75 birch trees of different sizes. Its opening is programmed for the fall of 2021.

As we said at the beginning, these are only 4 samples of the architecture to come in the following 11 months. So, we’ll have to wait for the upcoming announcements and stay tuned for everything that 2021 will show us.