The Aboriginal Arts and Cultures Center (AACC), a building that unites land, earth and sky 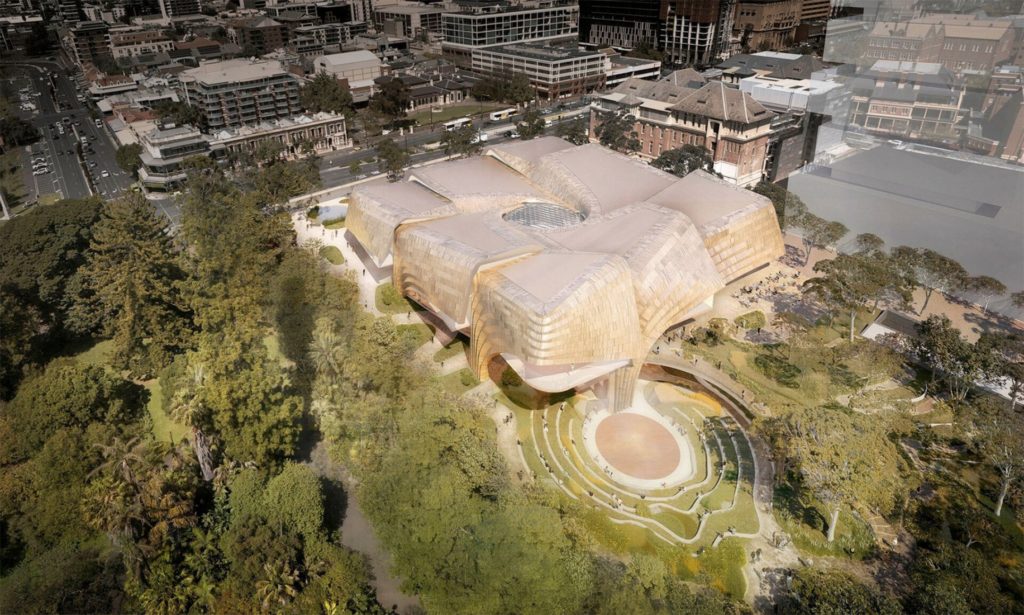 The architects of Diller Scofidio + Renfro and Woods Bagot have presented one of the most interesting projects in terms of cultural management. Their proposal for the new Aboriginal Arts and Cultures Center (AACC) in Adelaide, Australia, is a building that is certainly something else.

Designed to fulfill the goal of becoming a platform to honor and develop Australian culture, this group of architects chose as a source of inspiration the triad of elements that, according to the Aboriginal conception, unite people with a place: earth, land, and sky.

Thus, as these architects have stated in a press release, the project will show a strong connection with the earth and will try to be respectful of the place where it will be built. The reason behind it is that the land belonged for millennia to the Kaurna people, so reminiscences of the sacred beliefs of that ethnic group have been included to honor them.

The team of architects involved in this project point out that both the structure and the building envelope are inspired by the forms of temporary shelter created by the Aboriginal peoples of Australia, known by names such as “wurlie” and “humpy.” “In this way, the final design of the AACC will be that of “basket-like nests of columns” that shape the central space and anchor the entire building, while the façade will feature a woven metal skin that opens up to connect Aboriginal art and cultures with the public and the country,” they explained. 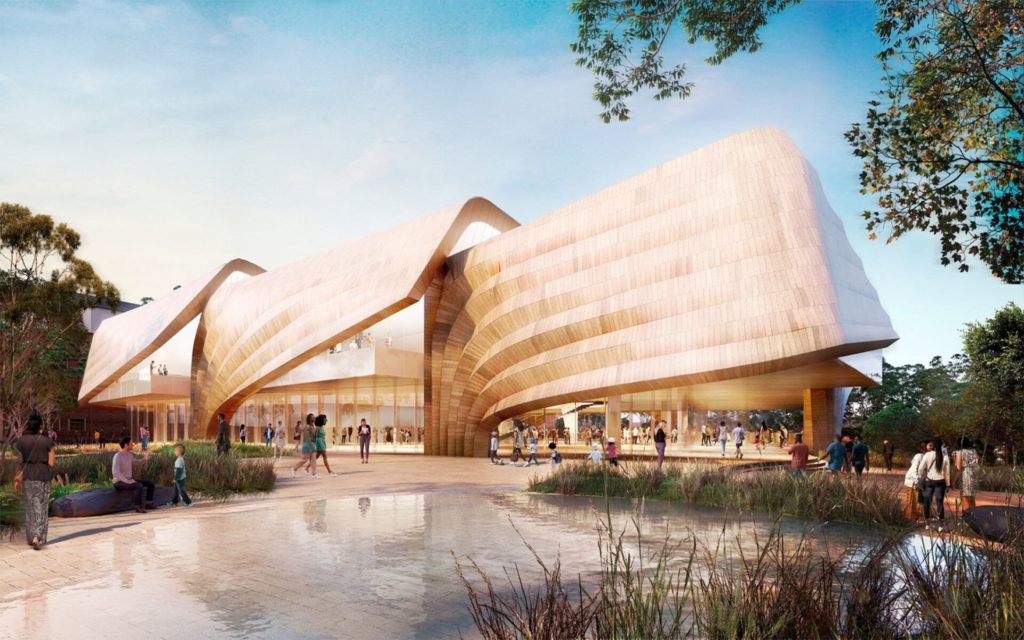 A building born from the earth

Nothing in the future AACC building was left to chance. The building’s envelope design is also a clear reference to Aboriginal culture.

The façade covered with a pleated metal skin from the ground rises with columns that provide an incredible curved shape to it. The center of the building of more than 11 thousand meters will have a flexible meeting space and three floors that visitors will spiral along as they walk to different levels.

With columns designed to look as if they grow from the ground, this building will have a more porous outdoor space on the ground floor that’ll allow the entrance of the landscape of the neighboring Adelaide Botanic Gardens. Another interesting detail of this cultural complex is that it’ll include a round amphitheater dug directly into the ground and connected to the interior through large windows and an outdoor gallery.

This project won in an international competition in 2018 has changed its narrative several times. However, the architectural firms involved in it assure that they only seek to offer a work that is truly coherent with the function it will perform and with the site where it will be erected.

In this regard, Charles Renfro, partner of DS + R, said he was delighted to be part of this innovative vision that seeks to create a place that pays homage to the oldest living cultures on the planet. “This will be a 21st-century building, while still being agile enough to allow future generations to develop their own narrative.”

Finally, South Australian Prime Minister, Steven Marshall, recently said that with the incorporation of elements of the earth, land, and sky into the final design of the AACC, a clear tribute is paid to his country’s 65,000 years of Aboriginal cultures.