The 4 materials of the constructions of the future 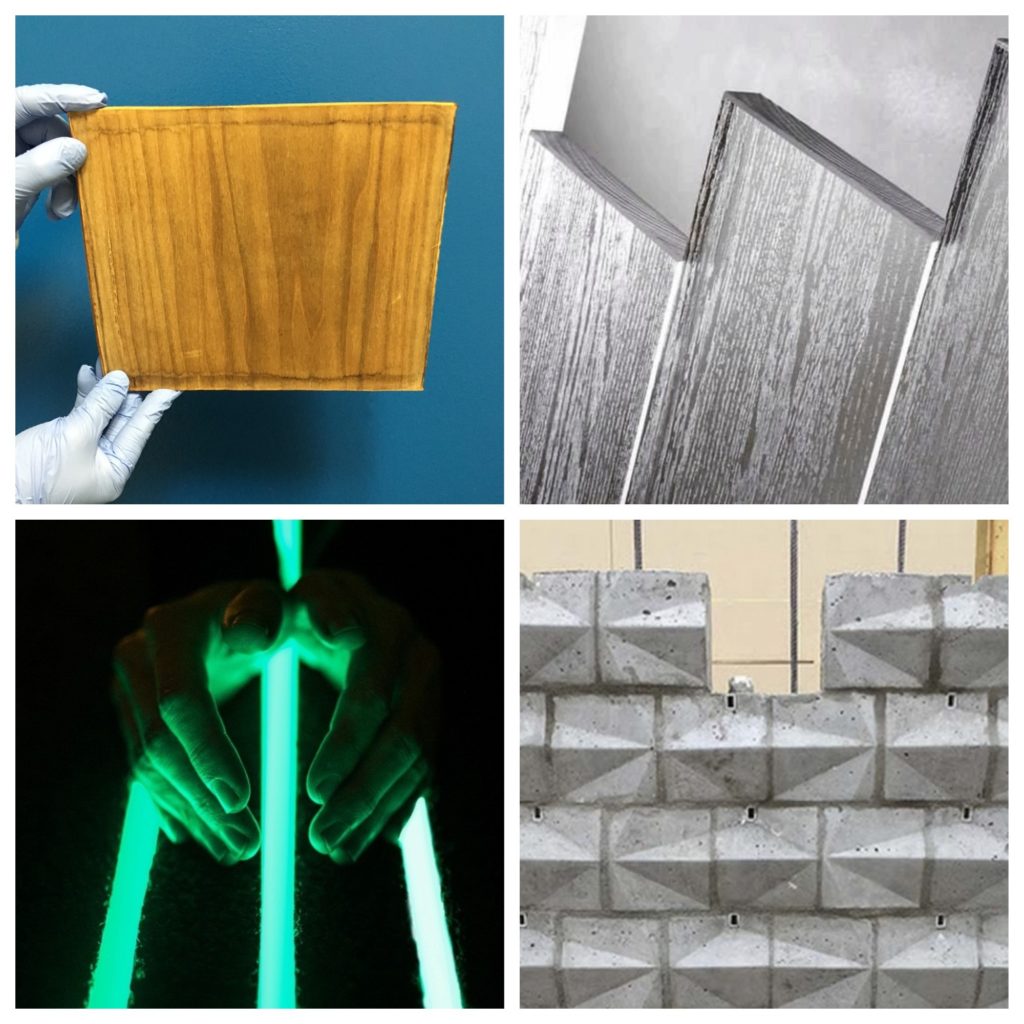 After the appearance of 3D printing, the next step in the revolution of the construction world certainly relates to materials. And even if you don’t see it in the world around you, let us tell you that the process already began.

Yes, there’s plenty of talk about the return to the origin in terms of resorting to the use of organic components (see María Elena Pombo: sustainable art with avocado flavor), but the truth is that recycling and the need to respect more the environment come together to promote the emergence of innovative techniques and new materials (see Discover the 5 materials of the houses of the future).

All this has led researchers, architects, and builders to think outside the box and find creative ways to take advantage of what already exists to create new things. Here, we take you in a tour of the 4 materials that’ll completely change the history of construction.

We bet that after you read the phrase “transparent wood”, you immediately thought about the famous tale of the naked emperor by Hans Christian Andersen: “The Emperor’s new clothes”. If that was the case, you’re wrong. Both transparent wood and super wood (discussed below) are top-level technologies applied to architecture and construction.

Therefore, transparent wood isn’t a crazy idea. This material is created by removing the wood veneer coating and then working at nano-scale. The resulting effect is a new material that’s fully transparent, which has several applications in the construction and construction industry (see Scientists invent transparent wood).

Another interesting discovery that looks like something out of a sci-fi film is the so-called “super wood”. No, we’re not kidding, and we’re not talking about a product that comes from “super trees” either. It turns out that researchers at the University of Maryland have created a material they have called “super wood”, which is stronger than steel but six times lighter.

How is that possible? As its creators explain, they first boil the wood in a mixture of sodium sulphite and sodium hydroxide to partially remove the lignin fiber and hemicellulose, then it’s compressed under mild heat to pack the cell walls tightly, creating durable nano fibers (see Super wood could replace steel).

We’ve already talked about the fact that bricks are no longer what they used to be in previous articles. Since concrete is a thing of the past (see Bio-bricks: the latest innovation for modern architecture), it’s now common to hear about avocado bricks and even organic bricks. However, it turns out that the latest innovation in this area is nothing more than bricks that absorb pollution.

The Breathe Brick, which was introduced for the first time at the Milan Expo 2015, is a brick that absorbs air pollution with a built-in filtration system that acts as a vacuum cleaner inside the brick. Then, the brick separates the polluting particles and deposits them in a container at its base. This innovative material will certainly be a bestseller because all current buildings are aiming to be environmentally friendly and emit as little CO2 as possible.

Yes, what you just read; phosphorescent cement is real. According to information published in several publications, researchers from the University of Michoacán, Mexico, after analyzing and studying the composition of Portland cement -the most frequently used in the world- decided to modify its microscopic structure so that it could absorb UV rays.

The researchers explained that “the idea was to allow the diffusion of light radiation through the silica -present in cement- which is the same material used to manufacture glass”. They also added that, unlike the plastics commonly used to create phosphorescent materials, cement -being inorganic- has a higher performance and durability, offering the possibility of 12 hours of lighting.

However, the widespread use of this new material still has to wait since it’s four times more expensive than regular cement, so experts claim they conceived it as a coating layer for building facades and not to be used in signaling roads and pathways, which would be ideal.

So, as you can see, the science in favor of construction continues to move forward, so don’t be surprised if in the following 10 years each of these 4 materials that we see today as futuristic, are part of our regular lives.