Lunar, the proposal that can become the Eiffel Tower of the 21st century in China 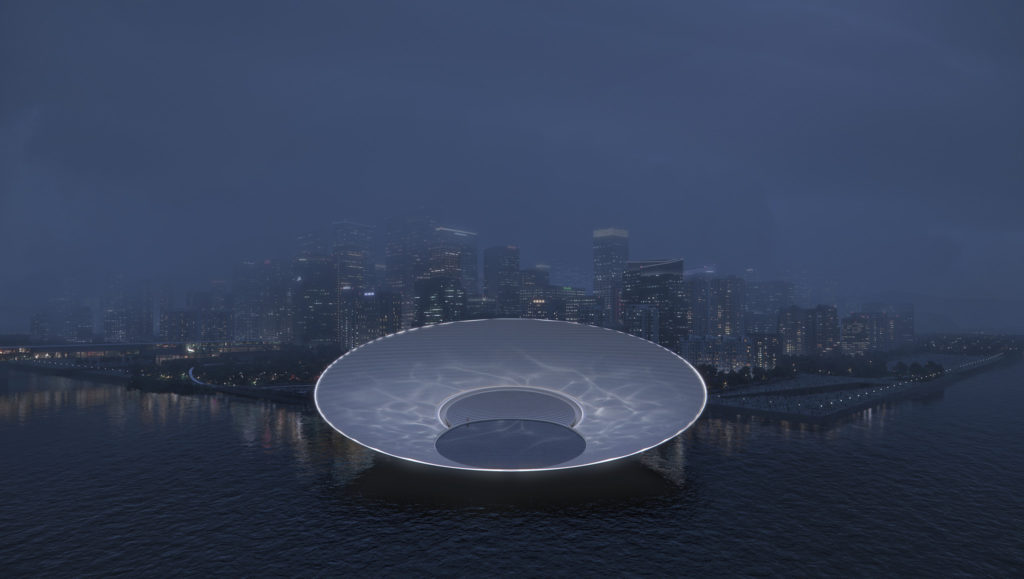 Lunar, a project designed by the Nordic studio Snøhetta for the international competition of the new Gianhai city center in Shenzhen, China, can become the 21st-century version of the Eiffel Tower.

According to its creators, the proposal embodies both the city’s pioneering spirit and its maritime past. Shenzhen’s pioneering role is part of its tradition and history. Snøhetta explains on its website that it dates back to the 16th century Nantou System, which allowed it to act and interact with the outside world for 500 years.

In terms of the design, Lunar proposes a building that resembles a satellite antenna. The project, which took second place in the competition along with Sou Fujimoto’s floating tower, is a large circumference that is reflected in the waters of the bay where it might be installed.

Snøhetta, an architectural studio characterized by creating works with spectacular concepts, has not made Lunar an exception. The design of this proposal seeks to be a landmark that becomes the representation of an era marked by the importance of data in the development of industry and the city.

Not everyone knows that initially, the Eiffel Tower was a construction that the French, especially the Parisians and the great artists of the time, disliked.

Conceived as a temporary structure to be erected as a representation of French power at the 1889 Exposition Universelle, the Eiffel Tower met with fierce criticism. Described as a mass of iron that would detract from the elegance of the city of lights and culture, the current French icon was not appreciated in its rightful dimension until years later. However, it has been its modern and transgressive character that has allowed the Eiffel Tower to survive the passage of time and become part of the collective Parisian and world imaginary.

With all that in mind, Snøhetta designed Lunar, a manifestation of the architecture of the time and the importance of data transmission in the digital age. However, the architectural studio has confessed that, while the structure refers to data transmission antennas, it also had the moon as its muse. The design was even inspired by a phrase from a text by the medieval monk Yongjia Zhenjue that says: “a moon is reflected in many waters; all the moons of water reflect a single moon.” 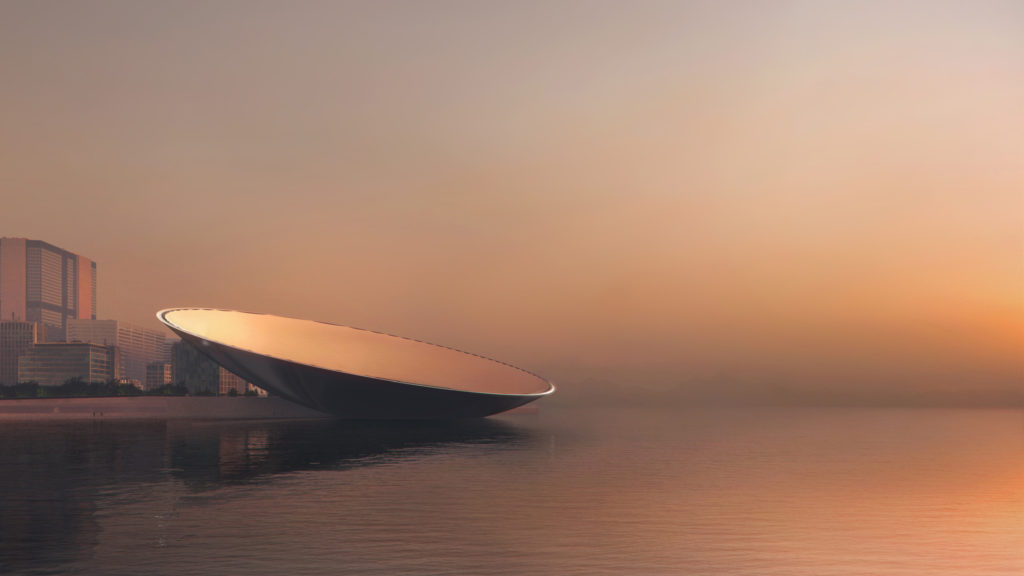 The renders of Lunar shared by Snøhetta show work with a moon-like public space looking out onto the waterfront. The structure, which is also surrounded by a floating walkway, has a coffee plaza, a wetland terrace, a mangrove park, and a bird-watching platform. As if that wasn’t enough, the architects placed an underwater restaurant and a marine life research center under the main platform of the building.

Snøhetta’s collaborative and interdisciplinary design approach turned their works into an important part of the modernization of nations such as China that seek to add touches of modernism to their millenary tradition. Although the winner of the International Historic Design Competition for the new Qianhai City Center in Shenzhen has not been chosen yet, it’s evident that Lunar has plenty to contribute to this city, which is the technological cradle of the Asian country.