Skyscrapers in trees, the most revolutionary in architecture 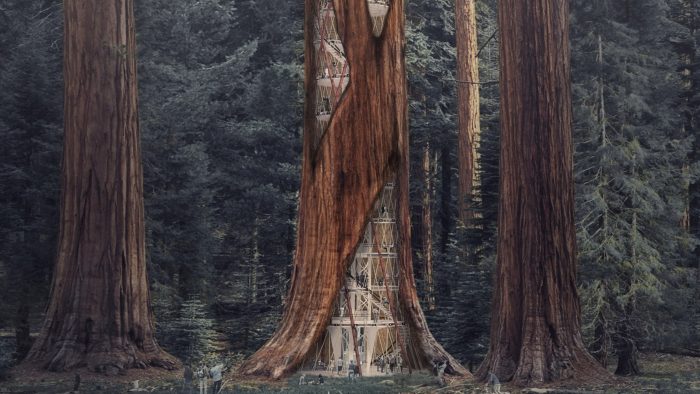 Each day architecture becomes more focused on the design and construction of buildings that, while being modern, are also self-sustaining and ecological. Under these premises, today wonderful buildings that astonish more and more are being constructed. In this sense, a new trend emerges in the building of skyscrapers, this time inside large trees. Giving them a new life while producing numerous benefits, both to the environment and the community.

Here we share important aspects of this new architectural trend:

Tribute to the Giant. It is the name of the South Korean project presented by architects and designers Ko Jinhyeuk, Cheong Changwon, Cho Kyunhung, and Choi Sunwoong, winners of the 2017 eVolo Skycrapper competition, which honors futuristic ideas for building skyscrapers.

The concept that led this curious idea to achieve the award is centered in the premise of honoring the magnificence of ancient trees while making individuals aware of the importance of carrying out projects that respect and include nature
instead of harming it. 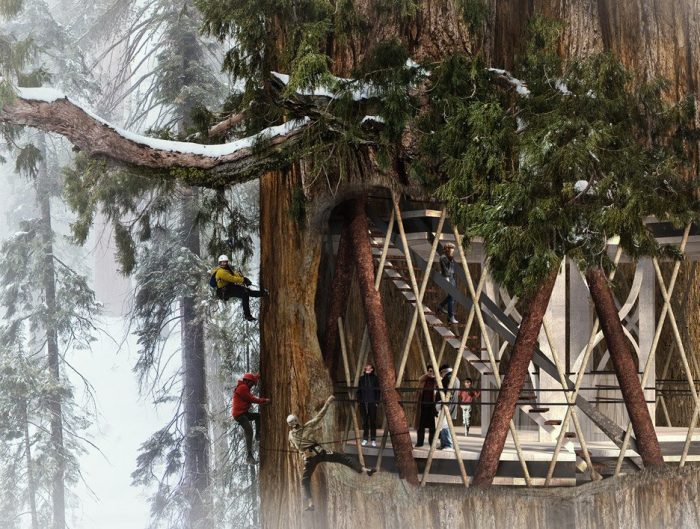 Only the longest-lived. Obviously, to build a skyscraper inside a tree you cannot use just any. In this case, the skyscrapers are designed to be built within Sequoia trees (Sequoia Serpemvivens), an endangered species that can reach 115 meters in height and have trunks with a diameter around 8 meters. These trees are considered the oldest living organisms on Earth. These natural skyscrapers are the longest-living plant species on the planet with more than 3,000 years of survival. The largest reserve of this species is found in the states of California and Oregon in the United States.

The novelty of height. The great difference between these skyscrapers in trees and other ecological constructions is that the former use natural resources to build on living trees, while these skyscrapers intend to build within trees that have begun their process of decay. Taking advantage of the deterioration of their trunks, to give them a new life and avoid their collapse, using nature friendly materials.

That is to say that this trend takes advantage of the trees that are about to disappear and gives them a second chance for their magnificence to shelter human beings. How? Conceptual design involves the insertion of a frame that, as a skeleton within the empty trunk of the dying tree, can become an artificial organ within it.

A green giant. According to the designing team, the project would have platforms that would integrate shopping areas, educational halls, laboratories, galleries and other spaces. All of them with self-sustaining hydraulic and lighting systems that respect the environmental conditions of the building site.

In short, skyscrapers in trees are a wonderful project that points to the harmony between technological development and respect for nature to provide a better quality of life to human beings.