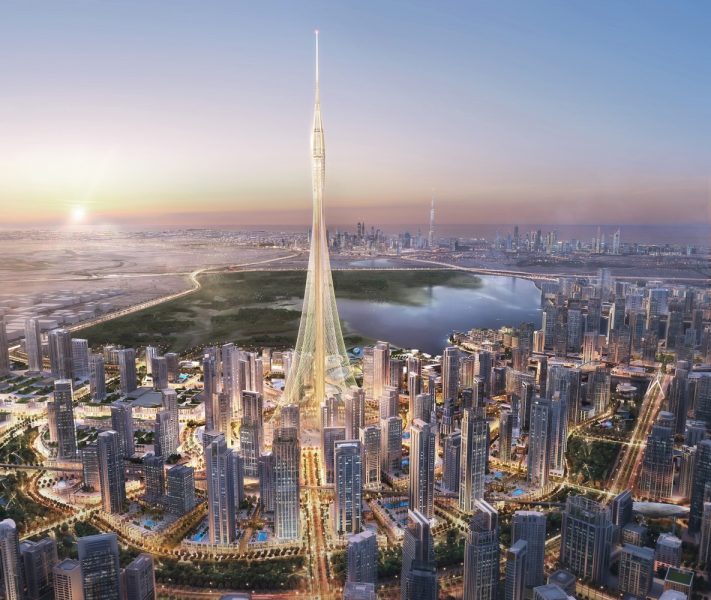 Just 10 years after being crowned as the location with the tallest building in the world, Dubai prepares to outperform itself in 2020 with the Creek Tower, a design by the famous Swiss-Spanish architect Santiago Calatrava.

The Creek Tower, which according to some sources will have a final height of 1300 meters, will be the centerpiece of the Dubai Creek Habour development, a new district in the center of the Emirates that will also have a mega mall. The colossal height of the Creek Tower would surpass by about 472 meters the world’s tallest skyscraper known today (828m), the Burj Khalifa. Also, it’s believed that it will surpass the Jeddah Tower, another skyscraper under construction that will reach more than 1000 meters high.

It’s said that Santiago Calatrava was inspired by the shape of a desert lily to design this tower. Those who are less romantics say that the tower looks more like a rocket ready to take off after releasing the anchor cables.

But aside from these details, one thing that powerfully draws attention is that the highly stylized tower will only have 30 habitable floors. This is due to the fact that after 800 meters of height, the stretched lift shaft becomes thicker than a rocket’s head, which allows its use. However, these floors will be enough to house several observation decks, restaurants, a boutique hotel, and even the tallest mosque in the world.

Located just minutes away from Dubai International Airport, this skyscraper will enjoy a spectacular view of the Ras Al Khor wildlife sanctuary. This is one of the few protected urban areas in the arid zone and wetland of greatest global importance according to the Ramsar Convention. 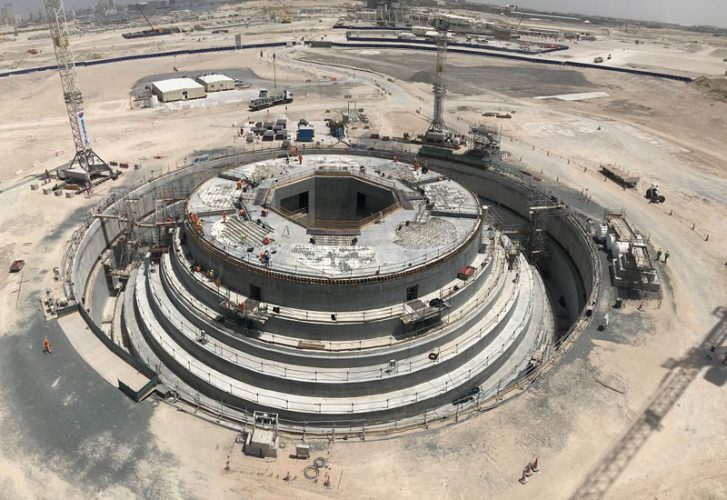 The big mystery about the Creek Tower is the real time of its completion. While Dubai has always been a place of iconic megaprojects, there are many doubts about whether the new jewel of the Emirates will be -as expected- ready for the 2020 EXPO. So, the bet is based on applying more than 3.5 meters of concrete per day, to reach the final goal.

This project, which prior to its execution implemented a rigorous study of the wind of the area with measurements at different heights, also performed different seismic studies adapted to local conditions. As if that wasn’t enough, and to guarantee the greatest security and stability of the building at all times, the design of the Creek Tower includes multiple damping and vibration absorption systems, placed at different points of the structure and at different heights.

All of the above explains why its foundations have absorbed a significant percentage of the total costs of this project which is estimated at about $1 billion.  And now that the base is ready, everyone is eager to see emerge the needle that will return to Dubai the tittle as the place with the largest building in the world.