Architecture that test your amazement

Strange or creative? The mix of lines and materials seem to be beyond limits in architecture. From the pyramids in Egypt to the skyscrapers in New York, the architectonic wit can be reflected on concrete and brick, sometimes defying the established canons and challenging wonder. Proof of that is those buildings that seem to be taking out of comic books and daliesque paintings which are scattered around the world. Here are some of them:

Klein Bottle House (Australia). An award winning construction, it has been honored with  the World Architecture Festival for the best house in 2009, and the Best International Home 2010 (Grand Designs), Klein Bottle House is located in Mornington (Australia). Built in concrete and metal sheets painted in black, the house got its name due to its theoretical similarity to the surface of the Klein bottle. Its structure is light; it features double glass panels and thick sheathing both inside and outside. The yard is an example of how natural air circulation should be properly used. The wood framed windows were taken to their physical limits and the floors are made of bamboo. 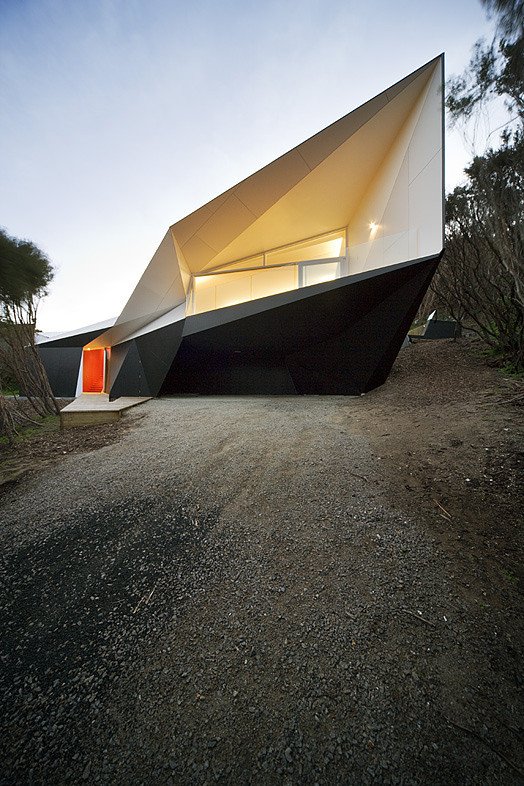 The Stone House (Portugal). The “Casa do Penedo” is definitely a construction integrated with the environment. Inspired by the Flintstones’ aesthetics, it is literally built over four huge stones. From the few data available of this building, it is known that its construction started in 1972 and ended in 1974. It features about ten windows, a chimney and it lacks water or energy services, this last fact being highly paradoxical since it is located in the middle of an Aeolic field. Unfortunately, the popularity it has gained on the Internet has made it a target of vandalism, a reason why its owners have been forced to install armored doors and reinforced glass. 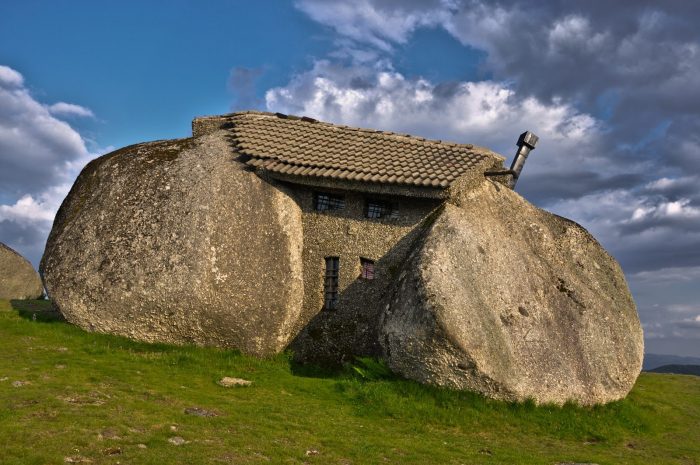 Terracotta House (Colombia). Completely built in ceramic as one single block, this house by Colombian architect Octavio Mendoza Morales is waterproof, earthquake resistant and cool on warm days. It has more than 500 square meters and it is located in the Villa de Leyva municipality in the Boyacá department. The construction project is based on, as the architect says, the four elements –earth, air, water and fire. 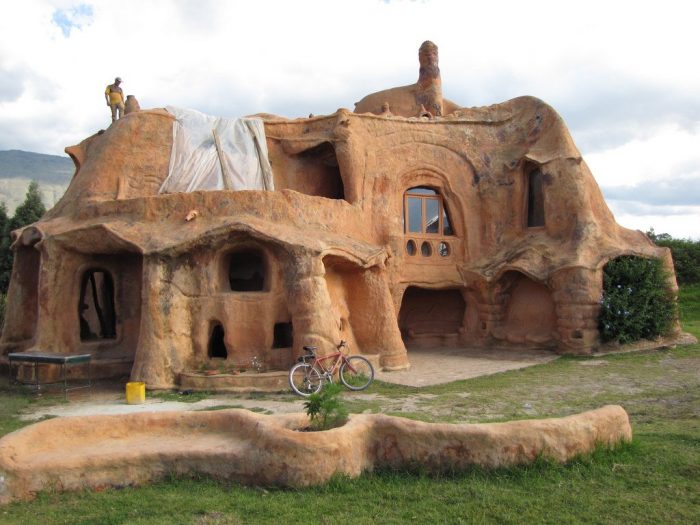 The Tree House (Italy). Luciano Pia designed and developed the “25 Green” project, with the idea that the residents of the building would experience what it’s like to live in a tree house. The building located in Torino, has 5 stories which are intertwined with the trees. Built in steel, this picturesque 63 apartment complex is a sustainable building that grows, breathes and changes thank to the 150 tall trunk trees covering the terraces. 50 of these trees are planted in the patio garden and produce oxygen, absorb carbon dioxide, reduce air pollution, protect against noises and follow the natural cycle of the seasons. They also favor a microclimate inside the buildings that make for a perfect temperature during both summer and winter. 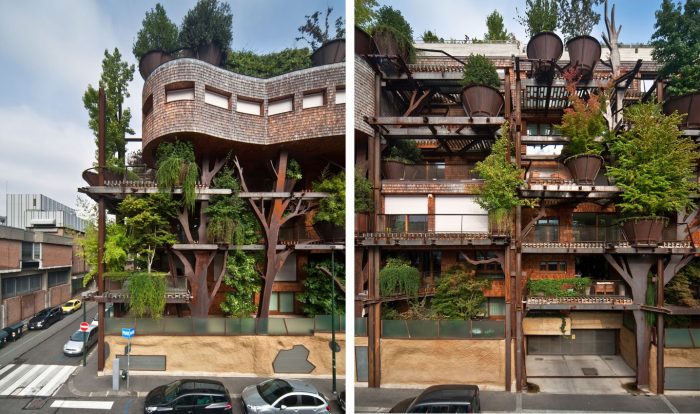 Which one is your favorite? Do you know of any building that defies imagination? Which construction will you add to the list? What characteristics would the structure of your dreams have? Share your thoughts with us.