Henge Hill House, when modernism emerges from the past 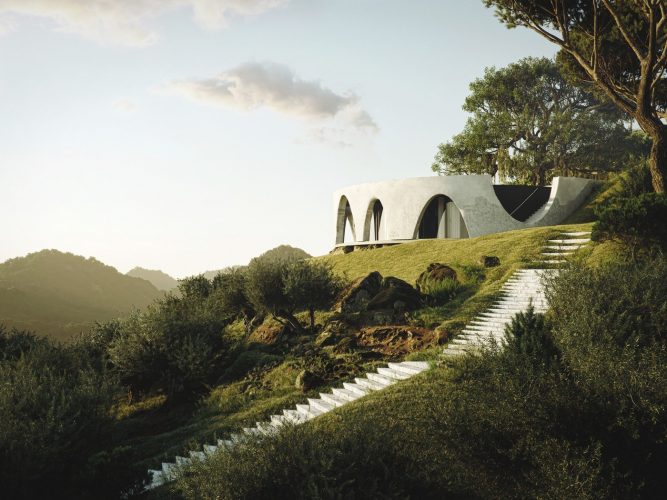 Certainly, the Polish designer Bartosz Domézek, never imagined the impact it would generate bringing forward a modern aspect from the past in the Henge Hill House. This virtual architecture project proposed on the remains of an agricultural facility on top of a hill, has given plenty to talk about.

As an ancient fortification encumbered to safeguard itself, this house has a panoramic view of a beautiful and inspiring natural environment. The base of the structure is the original building, which is meant as a homage to other times. But its interior is something else, another world or as  Domézek  himself has defined it: it’s a unique space because the materials have merged in it, turning it into a building that is both rustic and modern.

Henge Hill is therefore proof of the constant technological progress and of the great and new possibilities that architects, and designers as well, have to create unique forms of computer-generated environments. The case is that architectural visualization allows not only to imagine improvements, but also to think clearly about the changes that can be made according to the needs or requests of customers. 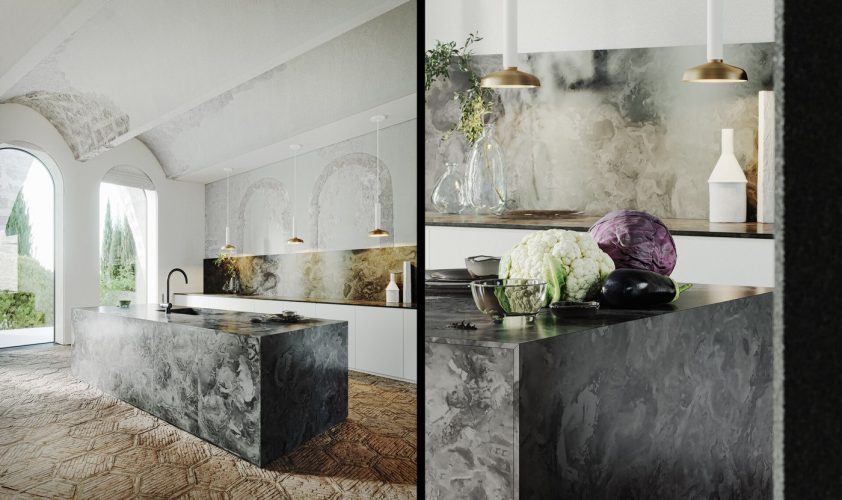 Coming out of the shell

Henge Hill House is almost a work of art, it’s the genius of its creator that makes it emerge from its ruined structural shell. Its creator couldn’t think about anything else but to take advantage of the radial plan and its arcade, as the location inside of which he envisioned a residence with all the contemporary comforts.

Thus, the project faces the exterior, towards distant and inclined olive groves, and a rusty stone shell with a wide arched facade. The shell will be partially restored and used as an anchor for the series of rooms that will be organized in the house.

The worn-out wall of the house seems to create a historic vault that divides and   frames it, resembling the atmosphere of a ruin found in a mountain. But magically, the wide curved corridor between the new interior and the pre-existing shell reveals the custom-made landscape, making visitors fall in love with it.

The house continues around a small central courtyard to extend further below, through a slope excavated to provide areas with support services, and of course greater privacy. The interiors of Henge Hill House are innovative, with contemporary design, these include all the technological advances you can imagine. However, the kitchen and its classic elegance is perhaps one of the greatest achievements of the house.

With a central island of marble, plenty of space on the countertops, terracotta floors and natural light since the kitchen opens up towards one of its fantastic views, it’s a space that invites you to create and enjoy at the same time. Anything can originate from this place, where you can easily add beautifully integrated luxury appliances throughout the structure.

Finally, the cherry on top of this project is certainly the pool. Using the natural basin of the land, the pool emerges as a heavenly escape. It rises above the level of the main ceiling, so the space created is very intimate and offers a panoramic view at the same time.

After seeing everything, one remains with the feeling that the Henge Hill House is nothing more than proof that dreams are possible for today’s architecture.