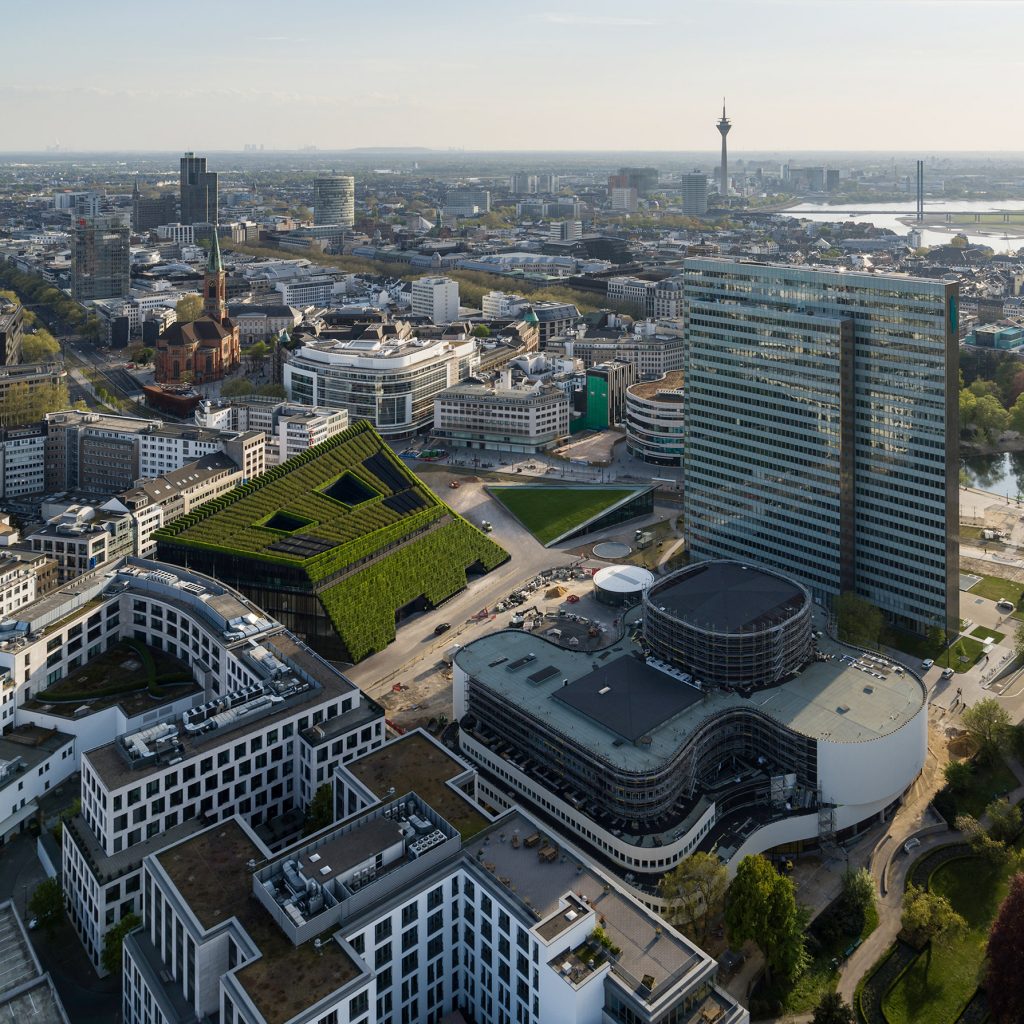 This year, despite the Covid-19, Germany is on the right track in terms of scoring architectural goals. First,  The Cube,  a state-of-the-art smart building in the heart of Berlin, and now the K-Bogen II the largest green-facade building in Europe.

Located in Dusseldorf, the K-Bogen II is a commercial and office building that is covered with  30,000 plants and 5 miles of hornbeam hedges. This masterpiece created by the German architecture studio Ingenhoven Architects represents the completion of an extensive urban renewal project in the Gustaf-Gründgens-Platz, Hofgarten district.

The five-story building, which is located where there used to be an elevated highway, is next to the 1950s Dreischeibenhaus tower and opposite the 1960s Schauspielhau theatre. Regarding the construction, Christoph Ingenhoven, founder of Ingenhoven Architects, told the architecture website Dezeen that “it was developed in response to the existing urban situation”.

A building inspired by Land art

Something that makes this building very particular are its sloping facades that form a dynamic entrance to Gustaf-Gründgens-Platz and open an unobstructed view to icons of post-war modernism such as the Dreischeibenhaus and the Schauspielhaus. Ingenhoven explained to Dezeen that these shapes are inspired by Land art, a current of contemporary art (proposed by Robert Smithson) in which the landscape and artwork are intricately linked, so nature is used as a material.

Thus, two of the walls of the building and its roof are completely covered by an evergreen shrub native to Düsseldorf known as hornbeam which, according to Ingenhoven Architects, provides an ecological benefit equivalent to 80 deciduous trees. This coating that also includes irrigation and drainage systems was developed in partnership with the Beuth University of Applied Sciences in Berlin. 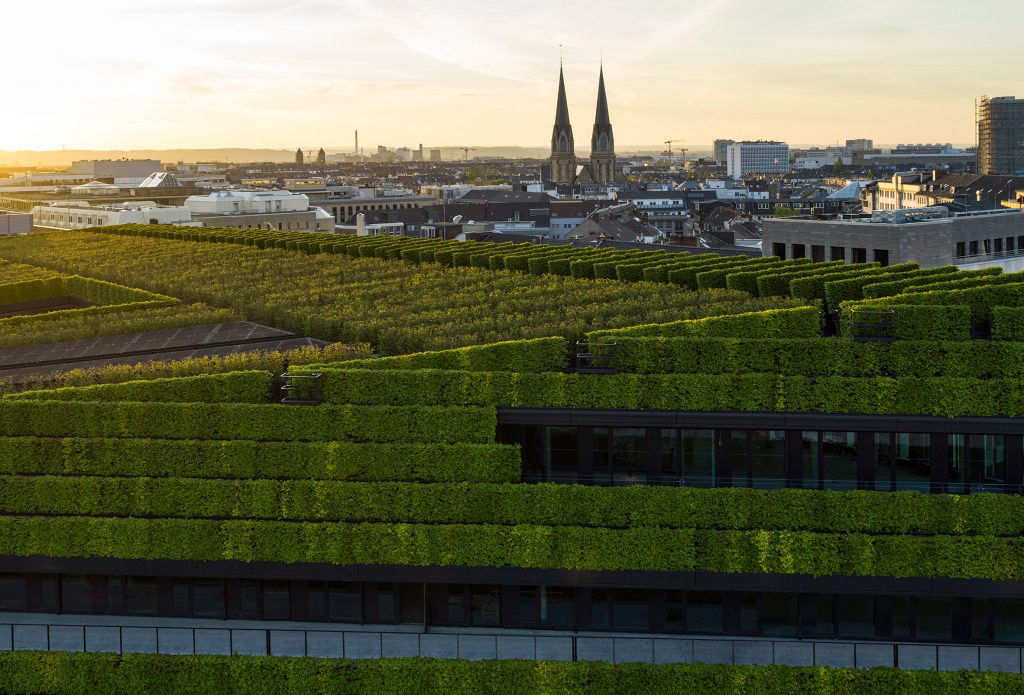 The founder of Ingenhoven Architects candidly states that including such a large number of plants in K-Bogen II was quite a challenge. They even had to convince the community about the benefits that the project implied. Thanks to this, this building not only adds color to the industrial Dusseldorf, but its vegetation improves the city’s microclimate by reducing urban heat, joining carbon dioxide, storing moisture, mitigating noise, and supporting biodiversity.

Ko-Bogen II: the building of the new era

There’s no doubt about the impact that the Ko-Bogen II has on the structure of this German city. In fact, the experts claim that its location is the new center of Dusseldorf, because the three different architectural positions that shape its urban fabric converge in this area: the clear austerity of the Dreischeibenhaus, the buoyant lightness of the Schauspielhaus and the dynamic and completely green facades of K-Bogen II.

For the team of Ingenhoven Architects, the completion of the K-Bogen II and Schauspielhaus represents the final stage of a twenty-seven-year project aimed at reshaping the heart of the city and represents a milestone in their portfolio. This studio, which has had as its main objective for decades returning the green factor to cities as much as possible, admits that this huge green structure marks a big step forward in the creation of sustainable architecture in urban environments.

“We hope to be able to contribute further to the most important and urgent topics of life on the planet – our projects for Düsseldorf are a further step on our way to building sustainable public places” said the head of the studio that gave Germany the second best architectural goal of the season to Germany.