Express Recipes: when humor is the best kept secret in the kitchen. 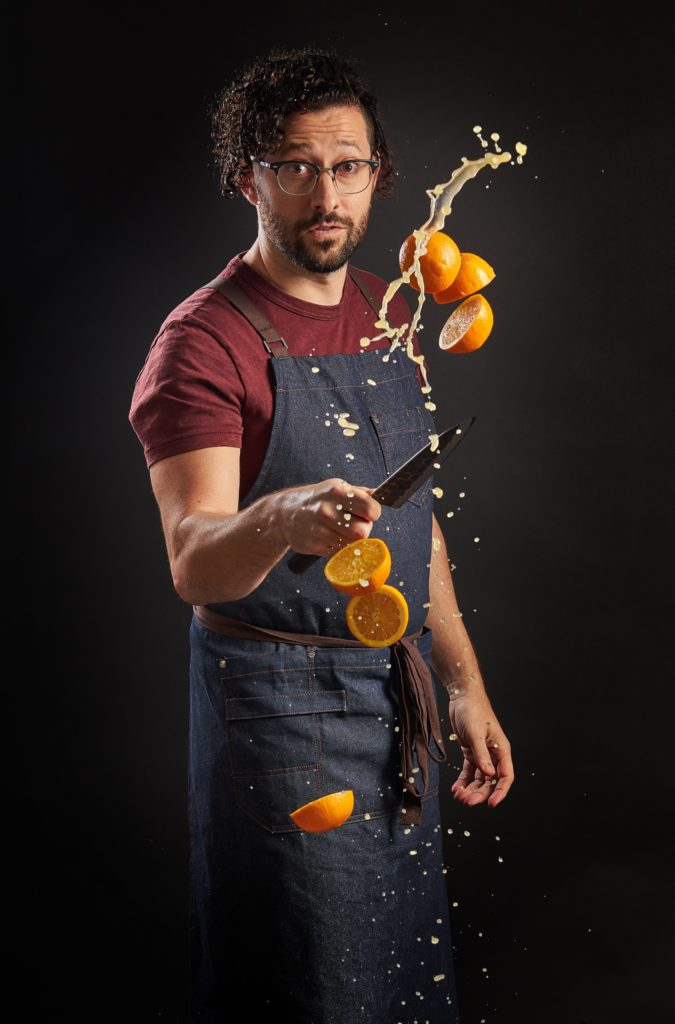 Cooking well, quickly and making tasty dishes has its secrets, and also its followers, as it seems to indicate the more than 400 thousand followers of the express recipes of chef Andrés De Oliveira (@andresccoking). With fun and ingenious recipes, that sometimes involve the presence of different celebrities (from the cooking world, sports, showbusiness, etc.) chef De Oliveira managed to do something almost unthinkable: illustrating with great humor, in less than 30 seconds, the creative process of preparing a dish.

But all this revolution that every day wins him more followers has not been generated spontaneously. Not at all. Because while Andrés De Oliveira’s name began to become popular on social media after his successful participation in the Latin version of the MasterChef franchise, his story behind the stove began a long time ago.

Chef De Oliveira says that, as a child, he liked to surprise his mom having lunch ready for her. “Obviously, the food was terrible. Really bad. But I think that’s where this enjoyment of cooking for other people comes from. Besides, I  come from an Italian family, and as you can imagine everything was done around food at home, so I grew up making homemade pasta, preparing tomatoes and chocolate truffles, among other things.”

However, his first passion was to entertain, and he came to the United States with that goal. “I came to the United States very young, and it was precisely the kitchen and everything I did in it (cooking, delivery, washing dishes, and managing) that helped me pay for acting classes. Because the case is that I have two great passions: standing in front of a camera, entertaining people and cooking.”

Juggling several activities, De Oliveira managed to study theater for 2 years, which then allowed him to enter the world of entertainment. More than 60 commercials (in both English and Spanish), and the opportunity to write, produce and act in his own feature film, Tony Tango, are some of his most remarkable achievements. However, it wasn’t until he participated in MasterChef that his name began to be known. 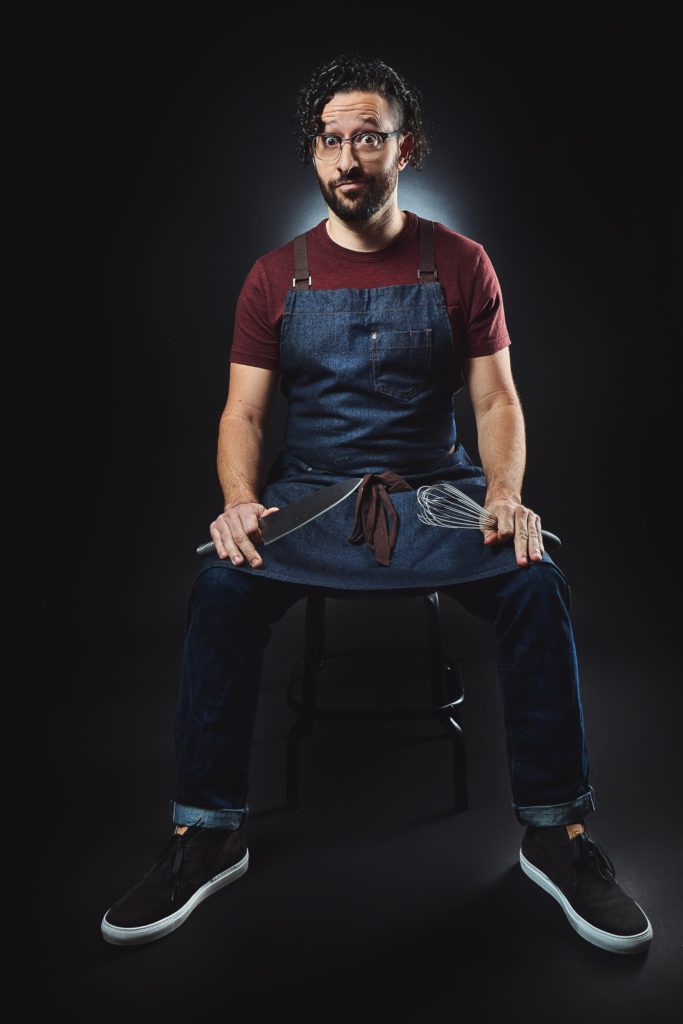 He doesn’t get tired of saying it. MasterChef has been a great experience for Andrés De Oliveira, but it’s already in the past. However, the level of engagement  he achieved with it, gave him a strong fan base.

“That was three years ago, and people still write to me to say they thought that the decision was unfair, and that I should’ve been the winner of the competition. For me, that’s a chapter in the past. I turned that page a long time ago. Yes, at the time I thought it was unfair, but life is like that. Sometimes things don’t happen how and when you want them, and that overwhelms you. But, as time goes by, and with perspective as an ally, you can understand that certain things happen because they had to happen. Today, I can say that losing MasterChef was one of the best things that could have ever happened to me.”

There’s no doubt about that. After all the popularity achieved in that show, Andrés took a 2-year break from social media to come back reloaded. He says that his initial idea was to have his own cooking channel on YouTube. But again, life, or rather the changes on Instagram, would show him another path.

“My idea was to develop a channel where I would share recipes that were 3 to 6 minutes long, and the strategy was to use Instagram to promote it. But suddenly, Instagram came out with the Reels, which back then were only 15 seconds long (now they’re up to 30) and I thought that was great. So, I took that as a personal challenge. I said to myself: “Let’s see if I can really prepare that recipe that takes me 3 to 6 minutes on YouTube, in just 15 seconds.”

Chef @andrescooking tells us that it took him several attempts to give birth to his first express recipe: garlic bread. “The funny thing is that nowadays -when we’ve done more than seventy recipes- I think that one was super slow. Of course, after all the experience I’ve gained, now I know that I can do a preparation like that in just 6 or 7 seconds. But that’s how this project came about.”

An interesting fact that the creator of “express recipes” shared with us, is that although each recipe is on average 30 seconds long, its realization can take much longer. “At first, it took me up to 2 days producing a recipe due to all the process involved; that is, making the recipe, recording, editing, etc. However, now it takes me about 8 hours on average.” 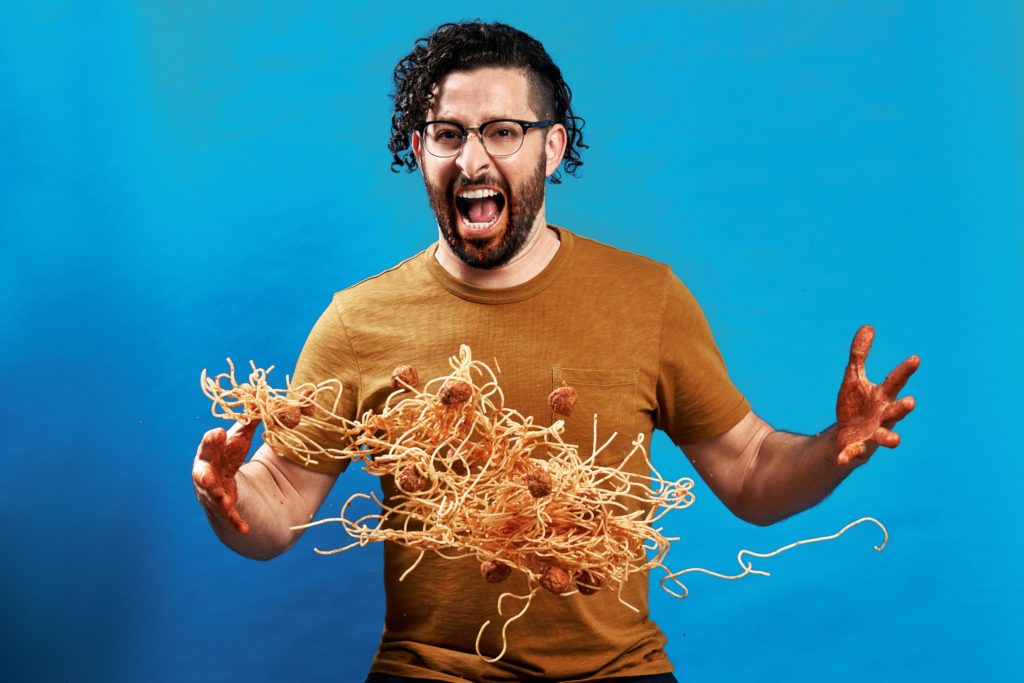 – Is humor the best cooking ingredient?

–Humor is happiness. And when you cook with happiness and joy, everything works out better for you. Try to prepare any meal when you’re sad or upset, and you’ll see that what you end up eating is horrible.

– What reviews have express recipes received?

-One of the silly things that people say to me is, “Hey, is the saliva that fell on the plate also an ingredient?” This is the most absurd thing in the world. I’m making a video; I’m not preparing food with the standard protocol used in a restaurant. I find these criticisms hilarious; it’s silly to think that I cook that way in real life. This is pure entertainment.

– What’s the secret behind a great dish?

-It’s definitely the balance of flavors. I think it’s important for each dish to have a spicy touch and a sour touch. Pork rinds are a simple example of this since they have a lot of flavor, but also, a lot of fat. So, a touch of lime juice balances pork rinds. The experience in your palate will be completely different after adding the lime juice, and it’s precisely due to the balance of flavors.

– Which dish would best represent the moment you’re currently experiencing?

-An empanada filled with Pabellón (a typical Venezuelan dish consisting of shredded beef stew accompanied by white rice and fried plantains), with lots of garlic sauce and spicy sauce, he says laughing out loud. The reason I say this is because this concept of express recipes has taken me back to the Venezuelan dishes I grew up with. Right now, I feel closer to my Venezuelan roots, and an empanada filled with Pabellón fully represents that. The garlic sauce and spicy sauce are the fun part, the fast-paced and funny aspects of what I’m currently experiencing in my life.

– Can you name a chef you admire?

– What is your best dish and who (famous) would you like to make it for?

-Well my forte is Italian cuisine, pastas in general, and something super cool for me would be to prepare one for Residente, the lead singer of Calle 13. I love his music and I think he would be an interesting person to get know along the heat of preparing a good pasta dish.

To end this interview, the restless chef told us that he continues to create. So, after his already successful express recipes will come his own platform: andrescooking.com, where he will offer courses and bootcamps live. This whole work plan is set to come out in May of this year.  But, for the time being, we’ll have to wait and rehearse at home the famous “uuuuuuhhhhh” that @andrescooking says after he finishes one of his recipes. 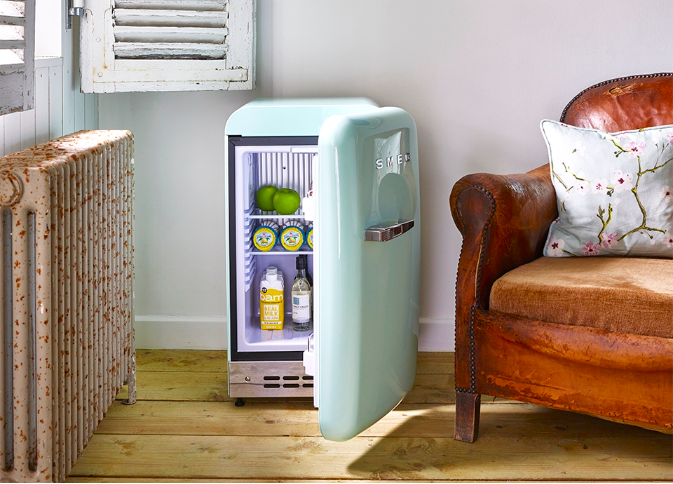