Zaha Hadid Architects (ZHA) works non-stop. The studio of the architect of Iraqi origin is contemplating the construction of towers that depart from all schemes in different parts of the world.

The most recent news is about a 35-floor office tower in a plot of land worth 2,946 billion dollars in Hong Kong, the most expensive location in the world.

For that purpose, the London based firm is working along with Henderson Land Development to design an office block in Murray Road, which is currently used as a multi-story parking lot that the developer bought last year for the amount of 23,3 billion dollars. 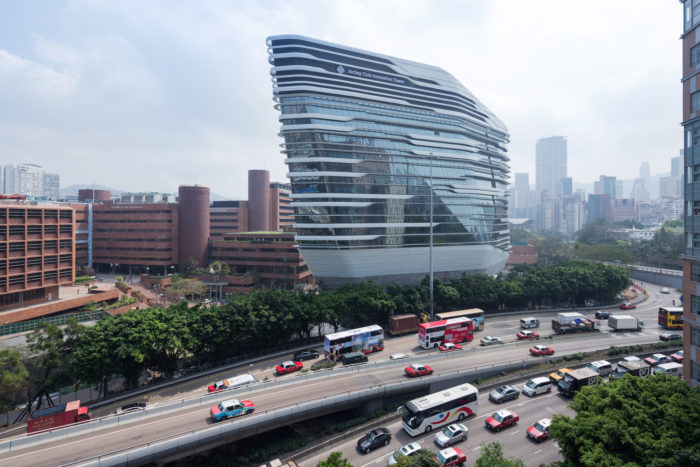 A green, smart, and healthy building

The project developer, Henderson Land Development, got the permits for the construction from the department of buildings of Hong Kong last March.

According to ZHA, the project must be completed by the third quarter of 2022 with the objective of becoming an emblematic grade A office building. As if that wasn’t enough, the firm expects that the “green, smart, and healthy” 35-floor-development will obtain the highest international accreditations.

Murray Road is located in Hong Kong’s financial district, right across the street from the Tower of the Bank of China and close to the headquarters of HSBC of Foster + Partners.

This project of ZHA with Henderson Land Development is the second of the firm in Hong Kong. The firm achieved relevance in the island with the Jockey Club Innovation Tower. This 78-meter-high building in the campus of the Polytechnic University of Hong Kong was completed in 2014.

The tower is ground breaking in terms of structural schemes and, when looked at a distance, creates a sensation of movement that perfectly matches its usefulness. 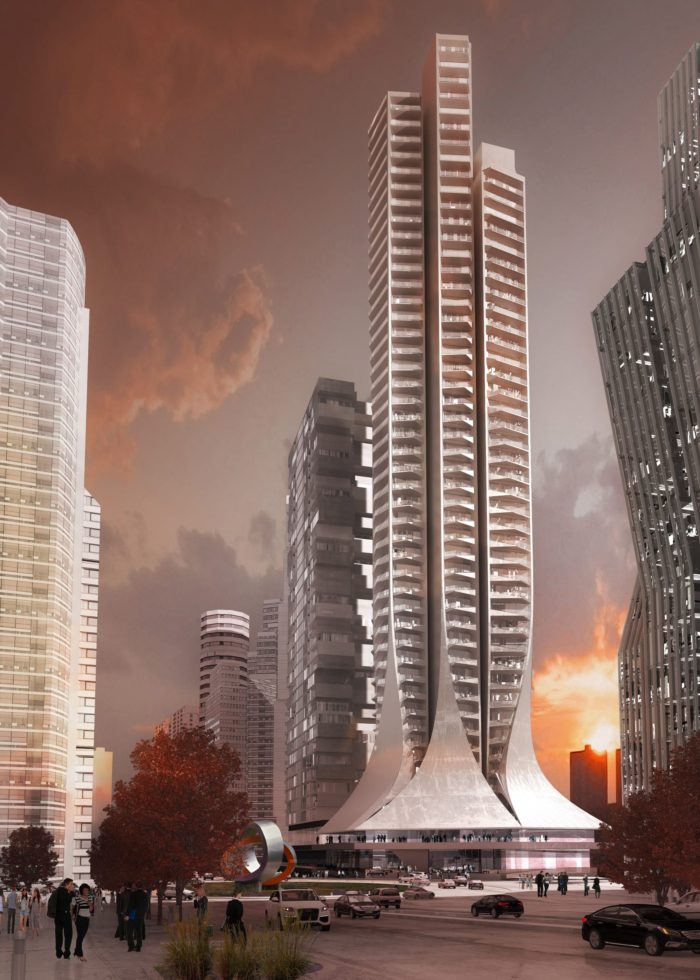 Towers adapted to the ground

This is just a sample of the work that Zaha Hadid Architects is designing around the world. In addition to the Jockey Club Innovation Tower in Hong Kong, they have designed the tallest residential building in Mexico (Torre Bora), an apartment complex in Monterrey, another one in Cancun and a couple of mixed-use towers in London.

ZHA is building the Torre Bora Residential Tower in Santa Fe, an important business district in the west part of Mexico City, home of the technology companies Microsoft, Apple, Sony, Roche, and Amazon, along with three universities.

Torre Bora is a building complex where the British firm combined six different designs, which are distributed as individual sections around the central circulation. The highest of the six will have more than 50 floors, which according to ZHA will make it the “tallest residential tower in Mexico City.” In total, the building will include 200 apartments of different dimensions.

One of the preventive measures taken by the British firm relates to the seismically active region where the tower will be located. The same has been designed to endure earthquakes of great magnitude, using light and flexible construction materials and adding canopy for greater stability.

The legacy of the famous Iraqi architect whose company is managed by Patrick Schumacher continues to grow in leaps and bounds, leaving an indelible mark in the world of construction due to its shapes, designs and materials.