The Harbin Opera House: architecture that tunes in with the environment 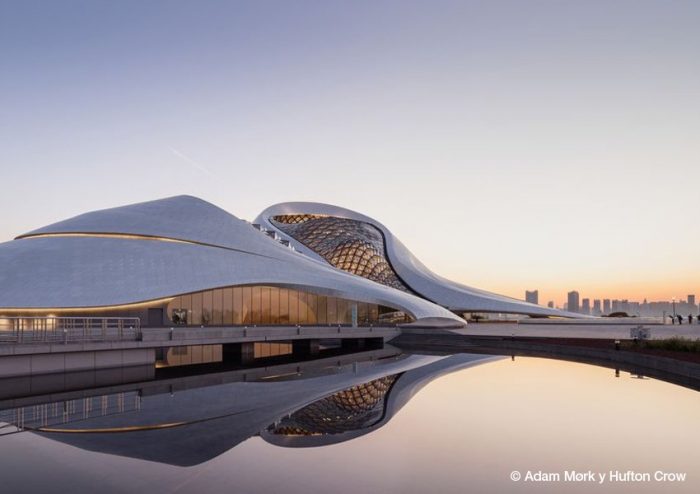 MAD Architects Studio from Pekin has built an opera house in Harbin, China that is perfectly in tune with the cold environment. This opera house is covered with white aluminum panels that fully blend with the background when it snows. According to its creators and visitors, when that happens it is difficult to determine where the ground begins and where the building ends. Not coincidentally, the creators of this beautiful piece proudly state that it is a work “sculpted in the wind and the water.”

Regarding the design of this fantastic building, Ma Yansong, founding director of MAD Architects has said that it’s a cultural center of the future. “A tremendous performance venue, as well as a dramatic public space that embodies the integration of the human, artistic, and the city’s identity, while synergistically blending with the surrounding nature.”

The history of this opera house began in 2010 when MAD won the open international competition for Harbin Cultural Island, a master plan to build an opera house, a cultural center in the midst of the wetlands along the Songhua River in Harbin, China. The proposal of a sinuous opera house as the focal point of the Cultural Island caught the attention and MAD was granted the project. 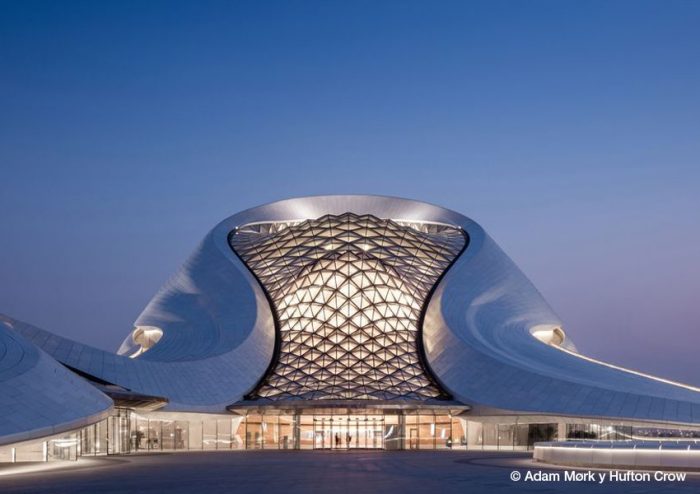 The Harbin Opera House occupies an approximate surface of 850,000 square feet. It has a big theater to host an audience of 1,600 people and a smaller one that can accommodate an intimate audience of 400 people.

The exterior of the building fully melts into the sinuous surrounding landscape. The curvy façade made of white aluminum panels is the signature touch of MAD in the opera house that seems to dance with the rhythm of the snow during the winter months.

One with the environment

The concept developed by MAD is not focused exclusively on integrating the building into the surrounding environment, but on making the visitor sense that union. For that purpose, the architects created a lobby with large clear glass walls that visually connect the curvy interior with the swooping façade and exterior plaza.

A detail that stands out in this lobby is the crystalline glass curtain wall made of glass pyramids. Everything is a reference to the snow and the icy weather that surrounds the construction.

So, visitors of the opera house are welcomed by the opulence of a structure that exudes art in itself. 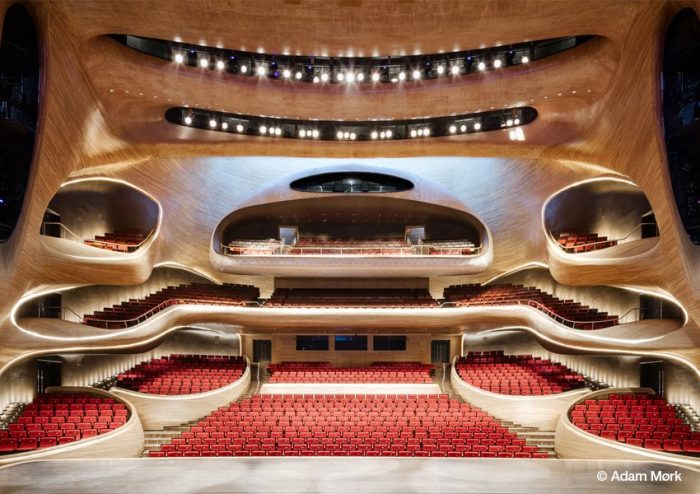 The big theater breaks away from all the previous elements with a warm and cozy element, thanks to the wood cladding that seems to emulate a tree that cradles an audience. The walls of this theater are sculpted in Manchurian ash wood.

Another detail that stands out in that room is its illumination, which is achieved through a subtle skylight that connects the audience with the exterior and the passage of time.

This masterpiece of integration with the environment is acknowledged by experts as a building that invites interaction and makes it participate into an almost theatrical narrative of shapes, textures, and sensations that go beyond the music.