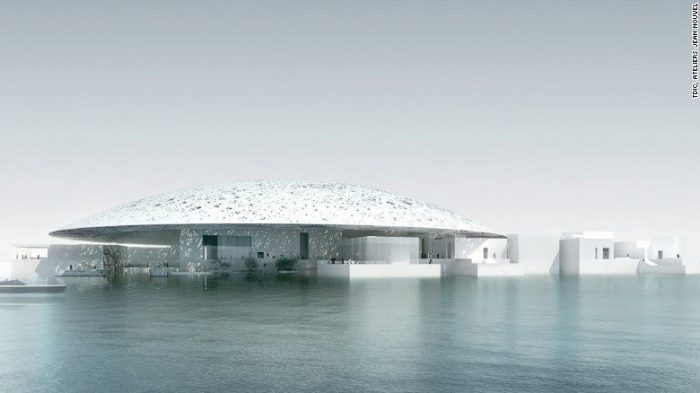 2017 will surprise us on the architectonic field. Train stations featuring futuristic aesthetics, as well as cutting-edge technology, and emblematic museums in the Middle East are just examples of the multiple openings and unveilings that we’ll see on the news in the months to come. Here is a selection of 4 of the most interesting projects.

Louvre Abu Dhabi. Originally scheduled to be completed in 2012, this project started in 2007 when Abu Dhabi bought the Louvre name from the French government to be used until 2037. The museum designed by Pritzker prize winner Jean Nouvel had a budget of 653,4 million dollars. The structure features a design reminiscent of relevant Arabic buildings, such as mosques and madrasas (educational institutions), and the dome has geometric openings carefully designed to allow the entry of natural light and temperature control. In contrast with Paris’ Louvre, Abu Dhabi’s will have a taxonomy based in time,
which aims to reveal the connections between civilizations and cultures. For its first 10 years the Paris Louvre and the Musée d’Orsay will lend it 300 works, amongst them The Fifer (Manet), Napoleon crossing the Alps (David), Portrait of the artist’s mother (Whistler), Woman with a mirror (Titian), and La Belle Ferronnière (Leonardo). 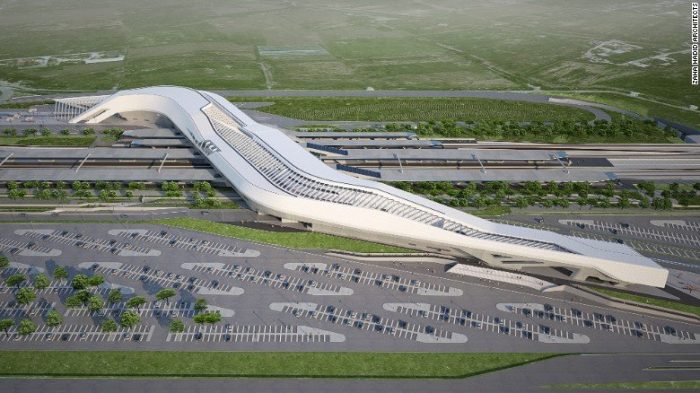 The high speed station. Sinuous as a snake, the Naples-Afragola high speed train station would be more than a railway terminal. The posthumous work of Anglo-Iraqi architect Zaha Hadid (the first woman to win a Pritzker prize) incorporates public spaces, promenades, relaxing interior areas, and lots of natural light. The project, presented in 2003, has taken 15 years to conclude due to several delays. This station, expected to be fully operational by this June, will connect the port city of Naples with the mythical Rome, taking up an area of 20.000 square meters at more than 64 million dollars. 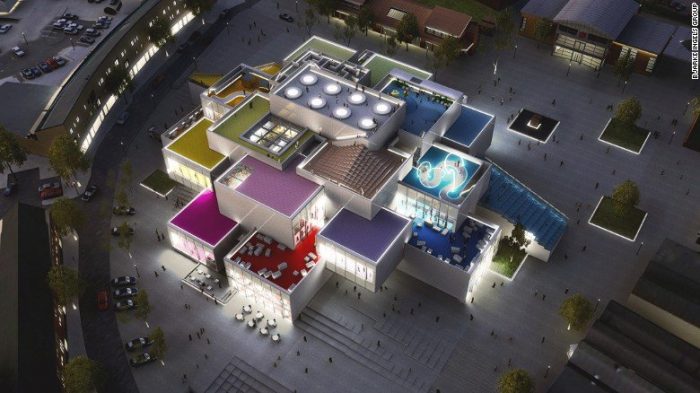 A real Lego house. The famous blocks game was the inspiration of Danish architect Bjarke Ingels, who decided to build a 12.000 square meters housing complex with capacity to receive 250.000 people every year. The so called Lego House that will open at the Billund municipality in Denmark aspires to be a sort of community center in which visitors will enjoy areas as diverse as coffee shop, park, square, and shops. The architectonic concept establishes the functions of the building over the base of 21 blocks that, just like a Lego construction, surround an interior space. The best thing? The dome is none other than a classic Lego 8 holes block. (Watch a video animation of the house) 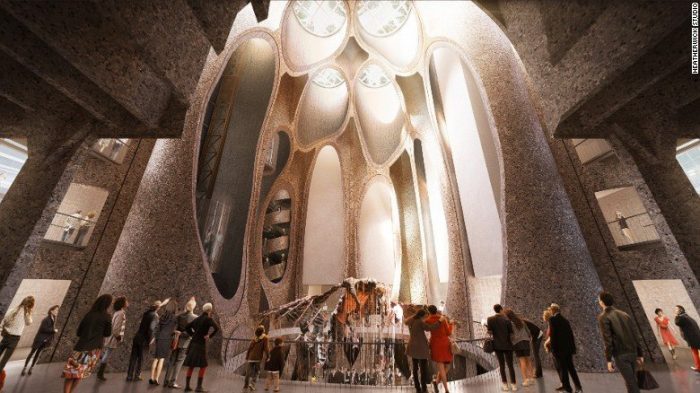 An art silo is the concept that British architect Thomas Heatherwick used when intervening the historic V&A Waterfront grain silo to turn it into what it will become this September: the Cape Town Museum of Contemporary Art, South Africa (MOCAA). The project for the Zeitz MOCAA started 9 years ago, and it is a work of architectural creativity. 42 tubes of concrete 33 meters high with a diameter of 5,5 meters were used in its construction to create a real open space unique in its style. This museum not only pays homage to industrial design with an original proposal, but also will house the most important collection of African contemporary art and its diaspora.