The architectural god of the details 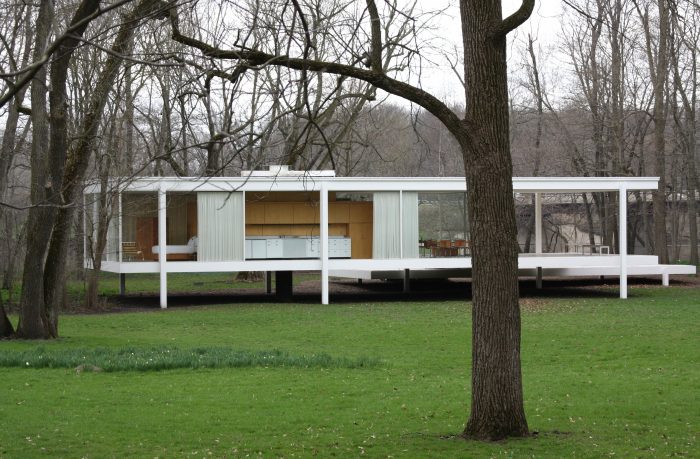 Around the Bauhaus School, a philosophical and architectural movement –which virtually marked half of the 20th century- was formed. Thinkers, artists and architects formed in its core, and amongst the most celebrated names is that of Ludwig Mies van Der Rohe.

Known as the father of modern architecture, Mies van Der Rohe was born on March 27th 1886. His inclination for the beauty of simple lines came from his own home. At a very young age, he began working at his father’s marble workshop, where he quickly began climbing positions due to his skills.

His first work, due in 1907, was the Riehl house when he was 21 years old. There he blended the form and structure of the local architecture with his refined vision, combining certain elements that his contemporaries thought as obvious. This earned him the recognition of the critics, who praised his work and labeled it as flawless.

His work at Peter Behrens’ office initially oriented him towards the Neoclassic Architecture, but this changed due to his discovery of the works of H. P. Berlage, and after World War I, which meant a halt for him and many others, Mies van Der Rohe gave into avant-garde movements, which influenced him in such a way that he started to create revolutionary projects for that period.

During 1922, his inclinations and interests made him a member of the “Novembergruppe”, an artistic movement linked to the Expressionism. That was a time of changes and new challenges. His work besides van Doesburg, Lissitzky and Richter in the magazine “G” (1923), marked him in many ways, especially due to the contact with van Doesburg’s Neoplasticism, whose influence is evident in the plans of two country houses: the Brick House and the Mosler House, both in which he worked.

Between 1926 and 1929, he held positions –he was vice-president of the Werkbund- and made prominent works such as the Wolf House, the Krefeld Villa and the steel structure housing blocks he made for designer Lilly Reich. At that time -1927- he also designed the famous Barcelona chair, in chromed steel and leather, for Germany’s National Pavilion at the Barcelona International Expo, which he also projected.

In 1930, he received one of the greatest honors of the era: he directed the Bauhaus School, a position he held until it was closed 3 years later, due to the pressures of the Nazi regime to modify the curricula. The arrival of the Nazism forced him to emigrate to the United States in 1937, where he was named director of the Architecture Department at the Illinois Institute of Technology in Chicago, a school that he transformed into a center dedicated to the teaching and research of design and architectural art.

His genius glowed during the 50’s. The Farnsworth House in Plano, Illinois; and the glass skyscrapers: Lake Shore Drive Apartments and Commonwealth Promenade Apartments in Chicago are proof of that.

This architect, who set a reference of the concern of thinkers and artists of his time for the improvement of the quality of life, the transcendence of the comfort over the context and the rational improvement of nature, died on August 17th 1969, leaving a legacy of new architectural canons under simple axioms such as: «Less is more» and «God is in the details», which can be easily applied in his most notorious works of the last period of his life: the Seagram’s Building (1958) and the Berlin National Gallery (1968).