Taipei creates its own Times Square 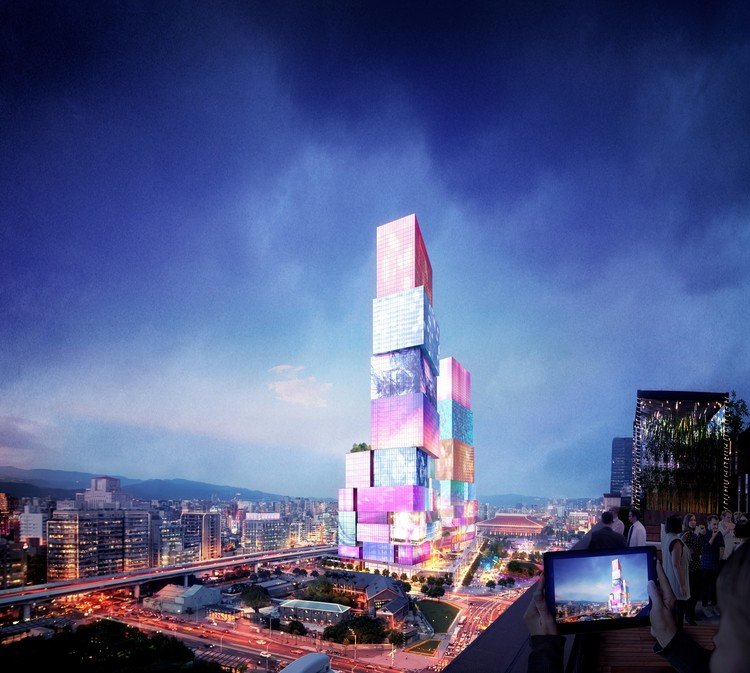 New York City will no longer be the only one to exhibit a Times Square. Taipei will have one of its own to overcome its predecessor in size and technology.

The new Chinese twin Towers are a project that has begun its construction on what is currently the most important railway station in the city and seeks to revitalize the area bringing the future to the present.

The ambitious project led by the Dutch studio MDRDV, for the NanHaiDevelopment consortium, could be associated with those towers that children build with wooden blocks. However, although the vision could be simplified with this image, it’s a complex design that involves two skyscrapers of 337 and 280 meters high respectively. Reaching an elevation that can be perceived as a giant who will dominate the entire city.

With the current train station as foundation, several blocks of different sizes and heights that house commercial premises will be attached to the station. These blocks will be able to show different facades according to the premises they include, or screens to show the diverse cultural and sport-related attractions of the city.

The center of the complex will have a sunken square that will exhibit several artistic interventions related to the history of the city, forming a sort of artificial archaeological development. The purpose of the architects is to offer an innovation in the design of traditional skyscrapers, breaking with the horizontal traffic of the city.

In this sense, the first 20 floors of the complex in both towers, will be dedicated to recreation and commercial life, with various pedestrian steps that end up connecting to the street, in order to give the visitor, the impression of a horizontal development. This will provide a new life full of technology and color to the center of Taipei.

As for the upper floors, the east tower will house a hotel aimed at young and modern travelers along with offices and in the west tower, another luxury hotel, for an elite market, as well as a cinema and offices. 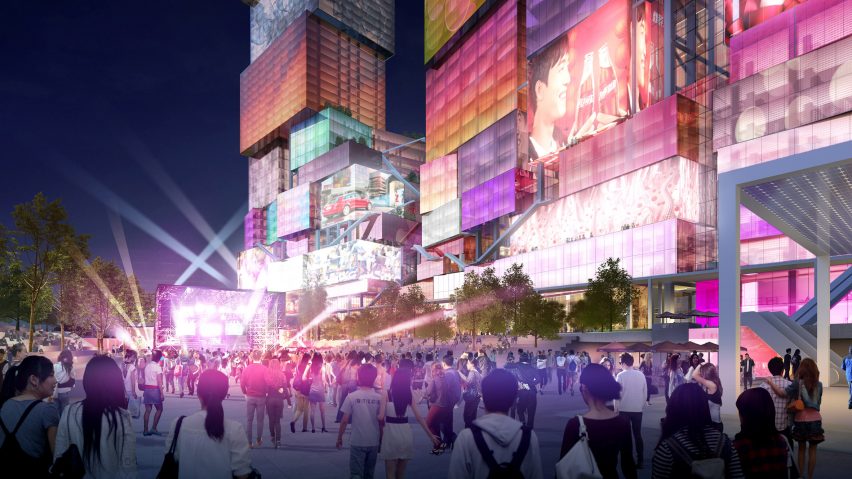 The various blocks of the Chinese Times Square will be connected through walkways and escalators, favoring the ascension from one level to another. At each stop, there will be meeting spaces with pergolas, squares, gardens and all kinds of venues, to reward anyone who dares to reach the heights.

“The boxes” of each level may vary in size, being able to house a single store. This will provide the brand the opportunity to add its own personality at that level, making the building a much more dynamic environment.

In this way, the area that currently isn’t very graceful will become the neuralgic center of tourism and business of the vibrant city. 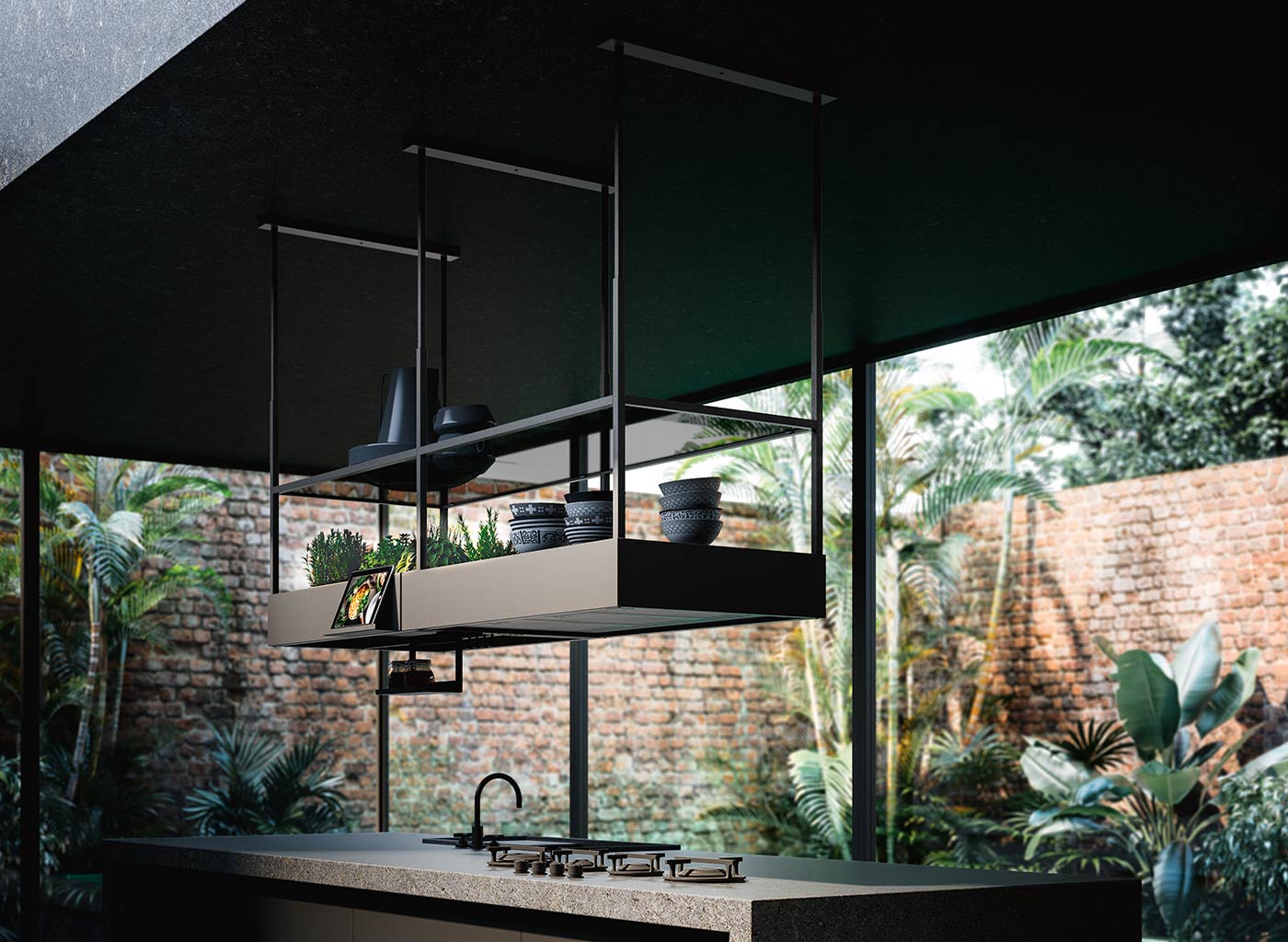 Spazio by Falmec, the top level of kitchen extractor hoods