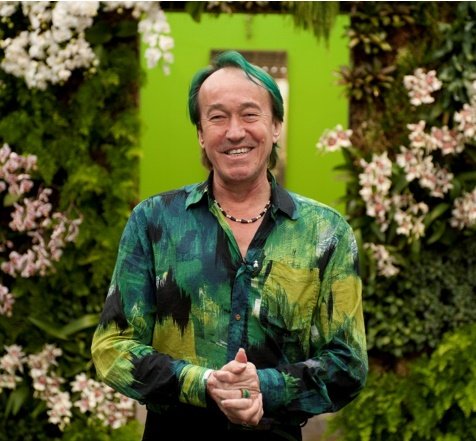 Meeting Patrick Blanc may resemble the experience of meeting one of those extravagant Renaissance men depicted throughout history. Such extravagance comes not only from his iconic green strand of hair but also from his well-known passion for botany and his determination to mix it with urban environments. The famous Frenchman, born in 1953, is none other than the father of a trend that has shaken up both landscaping and architecture: Vertical Gardens.

The origin of a novelty

The botanist, who works for the Centre National de la Recherche Scientifique, specializes in the study of tropical undergrowth plants. These plants live above ground level, but below treetops, so they do not reach a big size and require little light, as well as plenty of humidity to survive.

After an expedition to Asia, Blanc realized that there are many plants that do not need to cling to the earth to develop; on the contrary, if they are fed with minerals and water, they can grow normally. This is how vertical gardens were born. 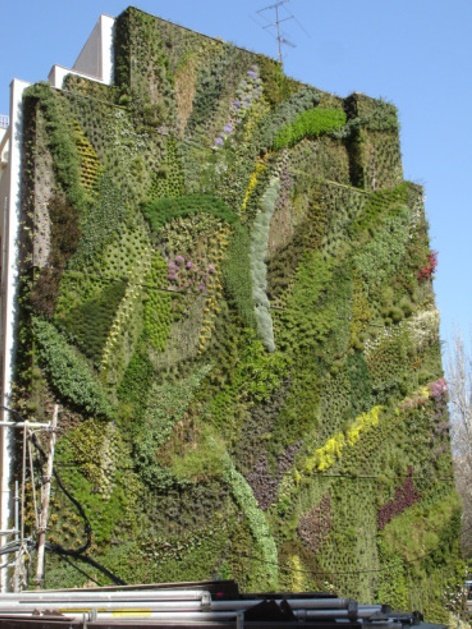 The birth of a system

To achieve this marvelous creation, Patrick Blanc designed what later became his brand: Vertical Gardens. They lay on a thick net created with the combination of a metal structure that supports the frame, followed by a PVC sheet, and covered by a layer of felt where the plants are arranged for irrigation.

Besides protecting buildings from corrosion and possible leaks, this unique structure also provides a uniform irrigation system and an excellent grip for the plants that can grow without being damaged.

In 1988, Blanc began his first project: the plant wall of the Museum of Science and Industry of Paris, which was completed in 2013. However, during this construction, several other projects of the designer and botanist were developed around the world, such as the vertical gardens of the Perthsing Hall Hotel in Paris (2001), the Delhi Art Museum (2004) or the Oasis of Aboukir in 2014, among many others.

The applicability of vertical gardens has surpassed all expectations due to its many advantages, both in terms of ecological urbanism, interior and exterior decoration, as well as for the possibility of combining art with urban crops.

However, recent studies conducted by psychologists suggest that in addition to the undeniable fact that plants generate more oxygen and help reduce environmental pollution, people living in a “green” urban environment feel happier, are more productive and their overall health is better. For these reasons, the work of Blanc undoubtedly represents an important milestone in the conception of modern architecture for urban spaces, which is why many young professionals in the area study his techniques and do research on alternatives that can enrich them.