Morpheus: the hotel that ZHA dreamed of building 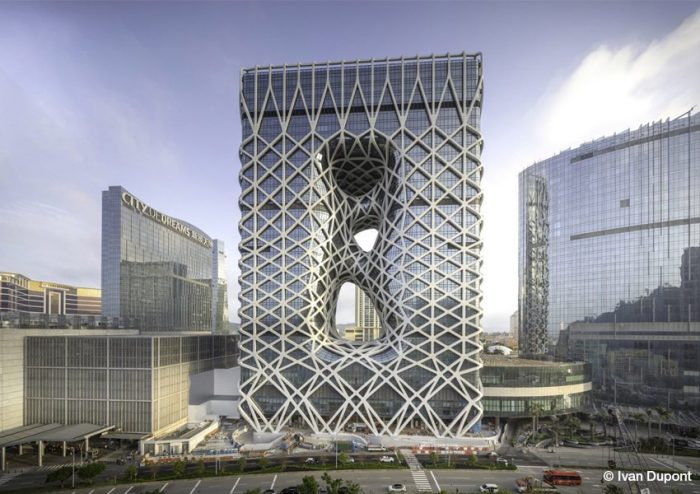 Morpheus is the hotel that any architecture studio dreams of building, but one that only ZHA could make come true. The project directed by Viviana Muscettola of Zaha Hadid Architects (ZHA) combines a hypnotic optical structure with the sculptural integrity that breaks away with everything. “The design is intriguing since it doesn’t allude to the traditional architectural typologies,” said Dezeen Muscettola.

Located in Macau, China, this hotel will share the space with renowned hotel brands such as the Grand Hyatt and Dragone. It is worth mentioning that over the last years, Macau has become a sort of referential platform for the most interesting architectural styles from around the world. For that reason, ZHA reserved a sui generis design for this city. Morpheus is a good example of the bet on a new architectural style where ZHA is the stronghold.

When ZHA joined the project in 2012, the location already had the foundation for a tower to be built. Using what they had available, the architects of the firm envisioned a 40-story-building formed by two centers that, just as the DNA spiral, are connected at the base through a podium, then separate and are joined again at the roof.

The DNA of dreams

Morpheus opened its doors to the public on June 15, at one of the most popular entertainment destinations of Asia. According to diverse websites dedicated to tourism, Macau received more than 32 million visitors only in 2017 and the numbers are in crescendo. This hotel located in Cotai is part of a complex known as the City of Dreams, which is constituted by casinos, two theaters, a commercial district, 20 restaurants and four hotels. 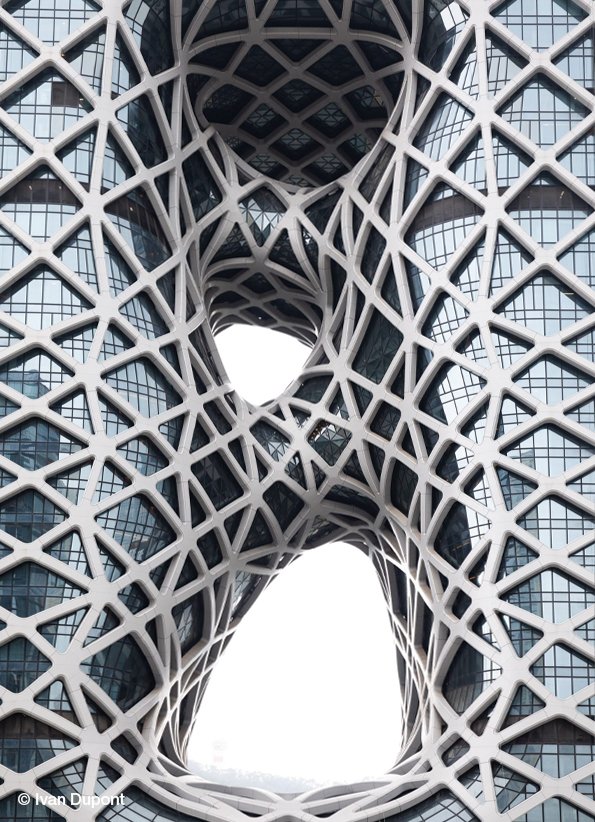 Morpheus offers 770 rooms, suites, and sky villas. Additionally, it includes civic spaces, meeting and event facilities, game rooms, a lobby atrium, restaurants, a spa and a rooftop pool, as well as extensive service areas and auxiliary facilities. The hotel is connected from the lobby to the 3-story-podium of the City of Dreams complex.

Twelve glass elevators allow guests of the Morpheus to move from one place to the other while they enjoy the panoramic view of the sculptural interior of the hotel and of Macau. The hotel itself resembles a piece of art and has a series of large windows whose design -according to the firm ZHA- was inspired by the traditional Chinese jade carving techniques that produce fluid forms from hard minerals.

This undulating hotel has three holes that are connected and work as a bridge between the north and south facades while creating unique spaces within the building. The suites located at the corners have a view towards the inner atrium and the city, and the design maximizes the number of rooms with an exterior view.

An interesting detail about this hotel is the high-performance glazing that minimizes the solar effect. In the same way, the ridge of the exoskeleton offers shadow and optimizes the interior creating uninterrupted spaces with walls and supporting columns. 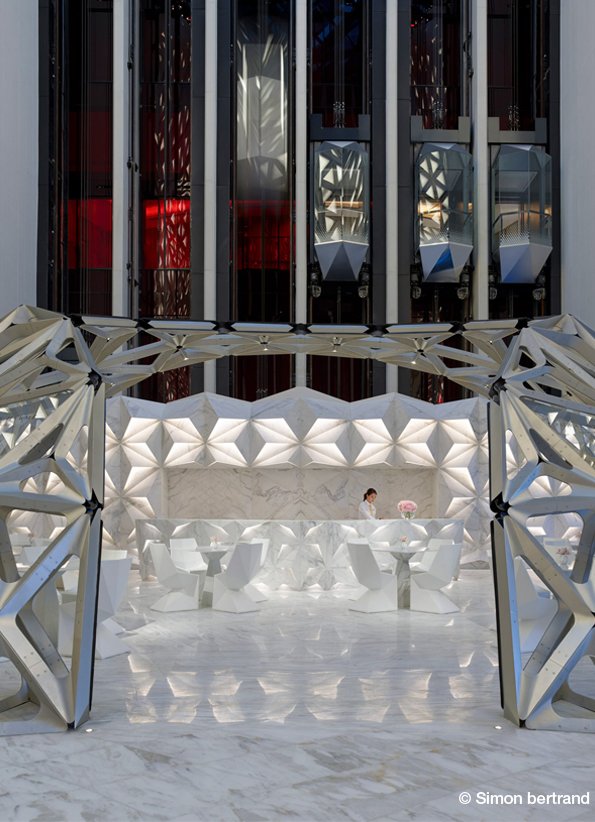 Solutions to increase energy efficiency have been implemented in this building. An example of that is the air treatment units with coolers that achieve low temperatures through high-efficiency variable-speed water and heat wheel energy exchangers to recover energy from the exhaust air. The building also has a heating pump that preheats domestic water, while the hotel’s intelligent management system responds in real time to the use and environmental conditions to minimize energy consumption.

The gorgeous concept developed in Morpheus is the result of 40 years of research by ZHA about the integration of the concepts of exterior and interior, civic and private, solid and empty. And although it is not the first or the last of the developments from ZHA where this vision is present, this is certainly the building with the strongest evidence of it.