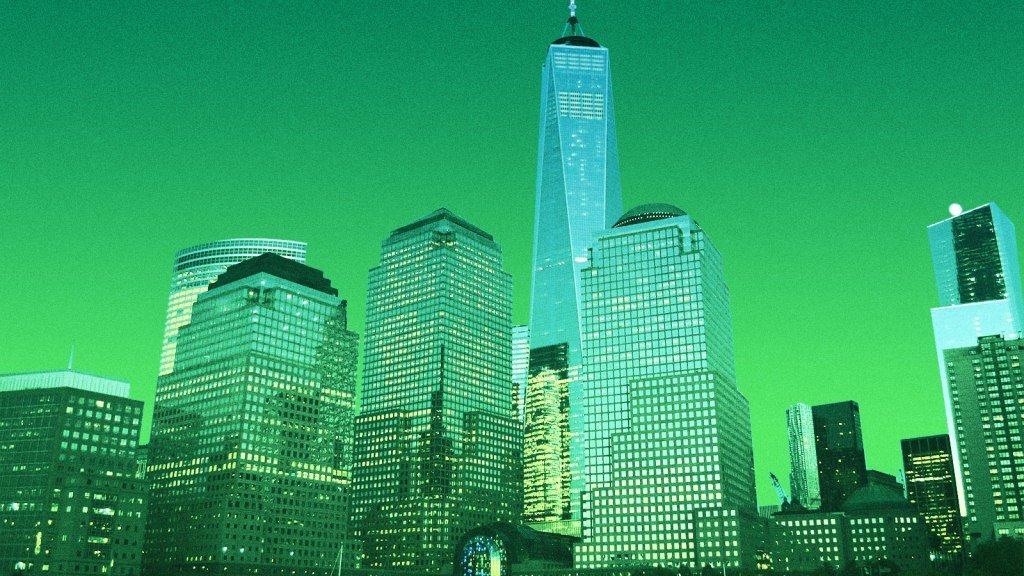 According to the Green New Deal project, 70% of the carbon emissions from this city are due to the energy consumption of the big skyscrapers that made the Big Apple famous, therefore, this is a new challenge for architects who want to add their own creations to the land of the skyscrapers that emerges in a fight against climate change.

The prohibition is part of a group of measures that seek to reduce carbon emissions in New York by 30% by 2030, which are also aimed at the renovation and adaptation of the existing skyscrapers to comply with the new regulations.

The problem of glass and steel is the poor thermal and sonic insulation they offer, resulting in a higher energy expenditure and, as consequence, in greenhouse gas emissions that significantly affect the city’s pollution rates.

But, the ecological and ambitious measure, means trouble for architects and engineers who are involved in future projects of great magnitude in the city. This implies the search for new materials that can replace glass and steel in new constructions, after a regulation that will certainly be applied in many other places given the need to meet ecological standards.

Polycarbonate comes up as an option to replace glass. It’s already known that 18% of polycarbonate production is used in the manufacture of plastic sheets that are characterized by having excellent transparency, but they can also be colored, and this is a thermostable material that withstands extreme climatic conditions such as hail, its weight is considerably lower than the weight of glass and it is 20 times more resistant.

Also, its chamber structure reduces thermal conductivity, making spaces maintain a temperate temperature during cold seasons and, in the case of sheets made of solid polycarbonate, the material is considered armored, offering protection against explosive devices. Another advantage offered by polycarbonate is that, thanks to its transparency, it reduces electricity consumption by achieving a maximum use of external light and, in addition, it is a recyclable material.

The use of this material in architecture has increased in recent years as it’s fairly more economical and easier to install. However, so far studies on the material indicate that its optimal durability is reduced to 20 years, so it should be replaced periodically in large constructions.

The studio SOMOS Arquitectos, used polycarbonate in the construction of the Vallecas 51 building in the city of Madrid. A work that uses this material in sheets of different shades of green. 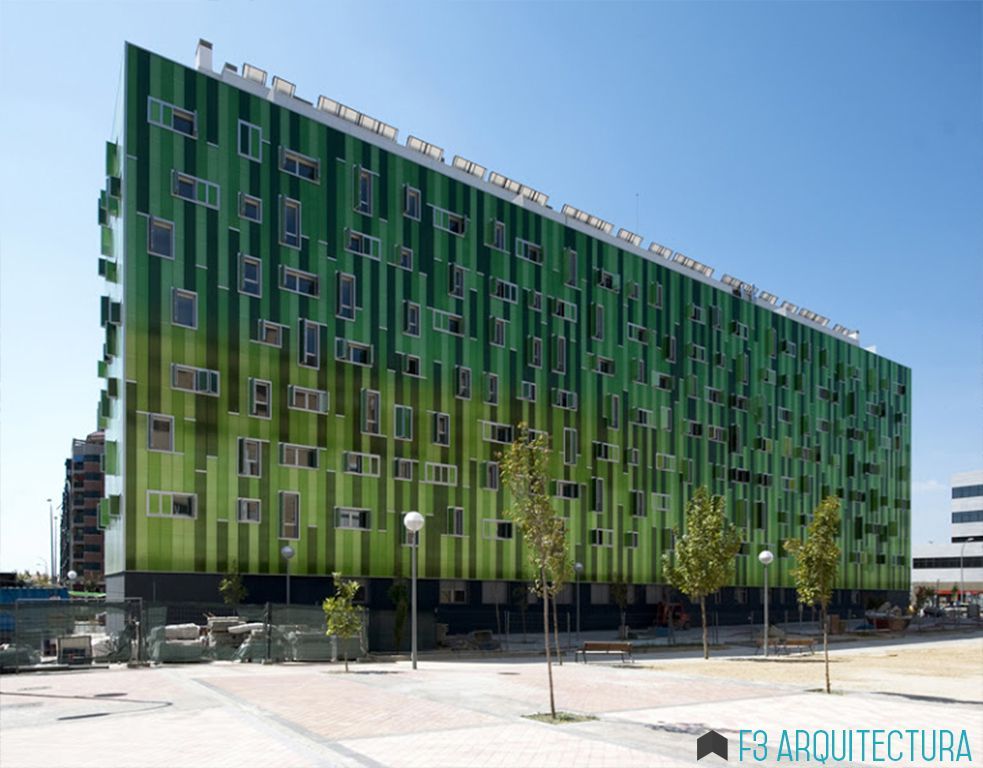 Tetrafluoroethylene Ethylene is a fairly recent plastic. It began to be used in the industry in the 70s and lately appears as an option to replace glass in large constructions. The website iAmbiante states the benefits of this material that seems to fulfill all the requirements of the Mayor of New York: economy, energy efficiency, durability, and, of course, aesthetics.

ETFE is a material capable of withstanding 400 times its own weight, it doesn’t discolor or turn yellowish -which can be an obstacle for architects at the time to use plastics- and weighs considerably less than glass, making it a good candidate to cover large surfaces.

When it comes to transparency, it has a 90% index, which seems a great good number in terms of the use of sunlight and what this implies in the reduction of energy consumption.

It can be used in flat sheets or in the form of pneumatic cushions of two to three sheets filled with air, which increase thermal and sonic insulation.

If you had to choose between the two materials, ETFE hides a couple of surprises under its sleeve: since it’s a derivative from Teflon, it’s non-stick, which makes it self-cleaning when the rain falls without leaving traces of drops on its surface -something that the impressive men who hang on scaffolds cleaning the windows of skyscrapers won’t like- and, on the other hand, it has a life cycle of 50 years.

So, the demands of Mayor de Blasio are not so unreasonable: the modern cities of the world will have to turn their eyes to new materials to care for the environment, a concern that becomes increasingly important in the planning of architectural works. For now, we will have to wait and see.