The feminine face of architecture 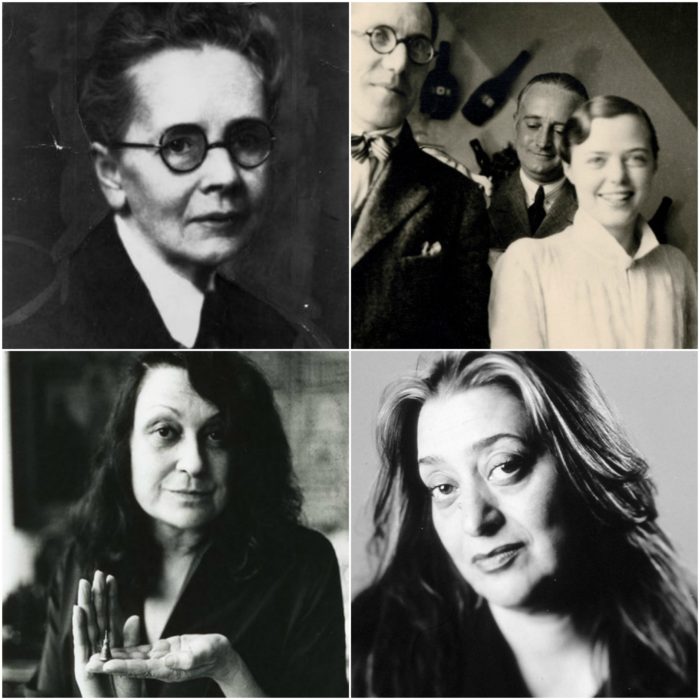 Although not as numerous or famous as their peers, female architects are gaining ground. That is the case of the winner of the first I&D Contest, Dulce Valdivieso, who at 23 begins to stand out in this competitive profession.

However, many female names are part of this profession’s history. Some of them were always at the shadow of their husbands, partners, or mentors who they joined to work and design.

To celebrate Women’s Month, we wish to remember 4 outstanding names in this profession and their work.

Julia Morgan (1872-1957). The first woman to be admitted (after several attempts) to the School of Fine Arts of Paris and the first to obtain a degree as an architect in the world (1902). First, she studied engineering at the University of California. Restless and indomitable, she designed more than 700 buildings during the exercise of her profession, many of which were requested by women’s organizations that had significant input in terms of feminine education. She was known as “The Client’s Architect,” since she included the participation of the potential users in the development of the design. 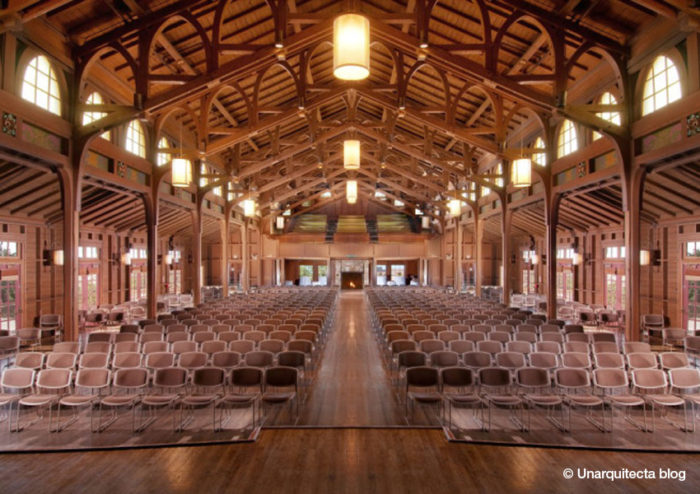 Milestones in her career: Besides being the first female architect in the world and the first female engineer from the University of California, she was also the first woman to hold a license as an architect in that state. The lady of concrete, as she was also known, due to her works -such as the Mills College bell tower and the buildings at the University of California- that were not damaged by the 1906 earthquake. Thanks to that, she was requested to undertake the reconstruction of the Fairmont Hotel. Having the Hearts family as her sponsors, she participated in ambitious private and public projects.

Charlotte Perriand (1903-1999). This French architect and designer is the perfect example of the Spanish proverb “whoever leans close to a good tree is blanketed by good shade.” Even though her talent was evident by the end of 1920, she achieved prestige after she obtained the best reviews of the Salon d’Automne for her “Bar under the Roof,” a collaboration with the studio of Le Corbusier and Pierre Jeanneret. In fact, experts in the subject state that her vision added a “human” touch to the project of reform promoted by the French architect. Thanks to Perriand, interior architecture and the functionality of furniture are hand in hand today, since she didn’t see the latter as mere decorative pieces, adding ergonomic, functional and formal qualities to them. Besides, during her career she developed projects of prefabricated modular homes, such as the Bivouac Shelter. 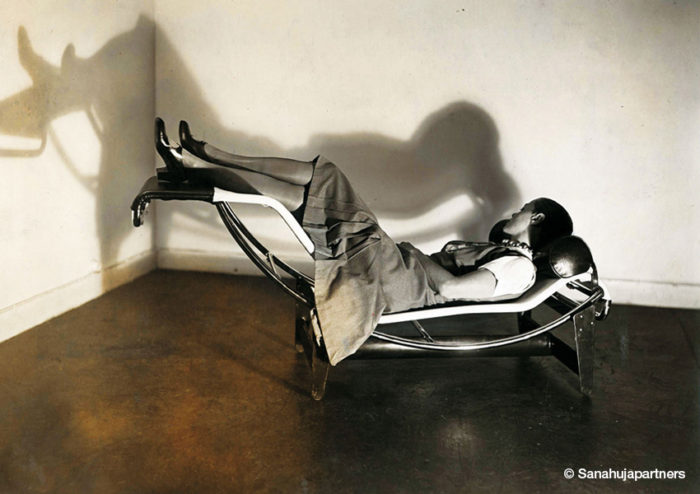 Milestones in her career: The reinterpretation of the LC-4, the Tokyo Chaise Longue; the creation of the architecture and interior construction of the high mountain summit station of Les Arcs, in the Savoie department; the creation of the Tea space for UNESCO that is inspired in Japanese tea pavilions. As a tribute to her work, the firm Cassina reissued part of their furniture in 2004.

Lina Bo Bardi (1914-1992). Italian by birth and Brazilian by choice, Lina obtained her degree in architecture in 1939 from La Sapienza de Roma, with a project for the development of a Maternity Ward for single mothers. She became a member of the Resistance (Second World Ward) being quite young and in 1945 founded the A. magazine (Attualità, Architettura, Abitazione, Arte) along with her master, Bruno Zevi, and architect Carlo Pagani. She moved to Brazil in 1946, which she considered her homeland and the one where he career bloomed in such a way that she is not only acknowledged as the most important and influential Brazilian contemporary architect, but also as a representative of the Latin and feminine expression of contemporary architecture along names such as Alison Smithson and Denise Scott-Brown, among others. 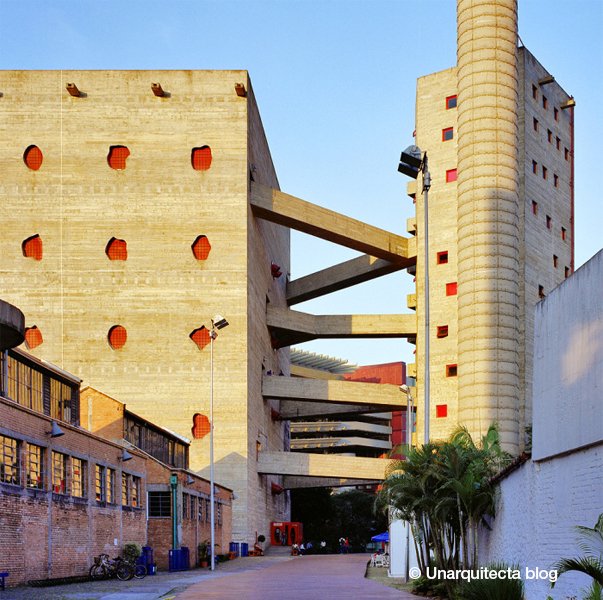 Milestones in her career: Her portfolio includes diverse work: The Glass House (1950); the project and construction of the Art Museum of São Paulo (1968); The Museum of Popular Art in the antique architectural complex of Unhão (1963); and the Center for entertainment, culture and sports SESC (Serviço Social do Comercio) (1986), which is her most celebrated and well-known structure, among others. However, this woman who even designed jewelry, wanted to make an important contribution to the theory of architecture, something that she achieved with the text “Contribuição Propedeutica ao ensino da Teoria da arquitetura” (1957), which is a statement defending an educated and green expression of architecture.

Zaha Hadid (1950-2016). Hadid was born in Iraq and later acquired British nationality, being not only the first woman to win a Pritzker award (the Nobel for architecture), but also the first female super star of the profession. Educated between Switzerland and Great Britain, she studied Mathematics at the American University of Beirut and later went to London to study at the Architectural Association where she graduated in 1977. She was taught by Rem Koolhaas and Elia Zenghelis at the AA, with whom she associated later on.

She is considered as one of the most important references of contemporary deconstructivism, and plenty of suprematism can be identified in her work as well. Her talent was acknowledged with several awards that include: The Mies van der Rohe (2003); Praemium Imperiale (2009) and she was also designated as Dame Commander of the Most Excellent Order of the British Empire (2012). Last, but not least, her drawings have been incorporated to the permanent collection of the MoMa Museum in New York. 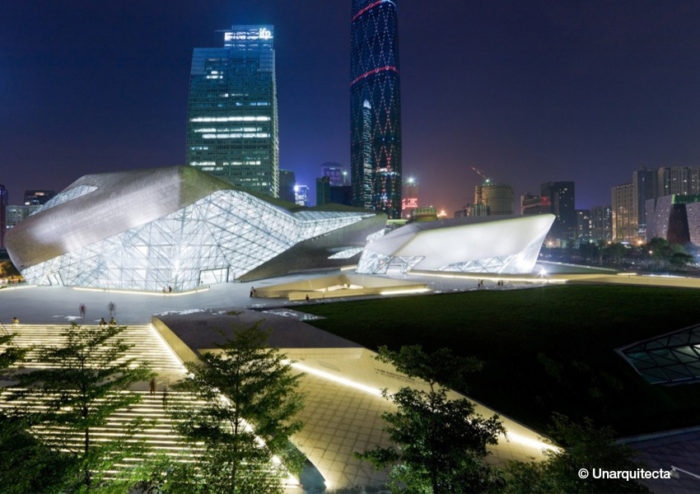 Milestones in her career: Even though much of her work is still in paper, the construction of her architectural production has increased. The most outstanding works include: Internationale Bauausstellung in Berlin, an 8-floor tower of homes (her first building built in 1993), which is followed by the Vitra Fire Station (1994). Other important buildings included in her legacy are the Bridge Pavilion at the 2008 International Expo of Zaragoza (2008); the MAXXI Museum in Rome (1998-2010); The Opera House in Canton, China (2005-2012); the London Aquatics Center (2008-2011) at the Olympic Park of London (2012) and a long list of buildings already built or under construction even after her death. Besides, she also worked in the design of interior environments, events, furniture, shoes, and jewelry.

All these women and their creative talent opened the doors for the new generations to find impulse and a place in a profession that -like many others- is no longer exclusive to men.