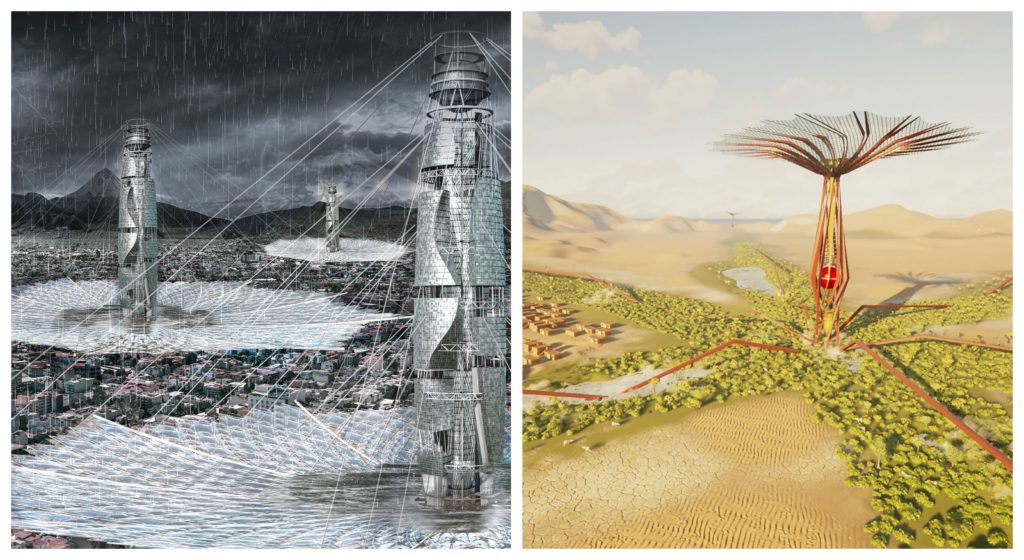 Architecture could be the new way to save the world from climate change. That’s why new skyscraper designs are focused on one thing: providing water for the communities around them.

A sample of this idea can be found in two interesting projects: The Desert Faction and Lluvioso, examples of architecture focused on problem-solving, the use of technology, and using our creativity in favor of humanity.

The Desert Faction is the name of the project for the construction of a skyscraper in the Sahara Desert by the South African studio BPAS Architects. The idea, which was among the 15 finalists in the competition Redesign the World, organized by Dezeen magazine and promoted by Twinmotion, proposes the construction of huge water collection towers so that humanity can survive in space as harsh and arid as the desert.

The project of BPAS Architects imagines a future in which, due to climate change, the Sahara desert has expanded to such an extent that humans have been forced to consider living in the dunes and building communities there. To provide comfort to live amid such an apocalyptic vision, this studio set out to use technology that would allow them to work along with the desert’s environment, collecting energy through solar panels.

Obviously, in a desert future, water will be the most valuable resource, which is why the skyscrapers proposed by BPAS Architects would be rainwater collectors. These interesting structures would take water from the environment before it evaporates and pump it through underground tunnels to farm fields and surrounding communities. 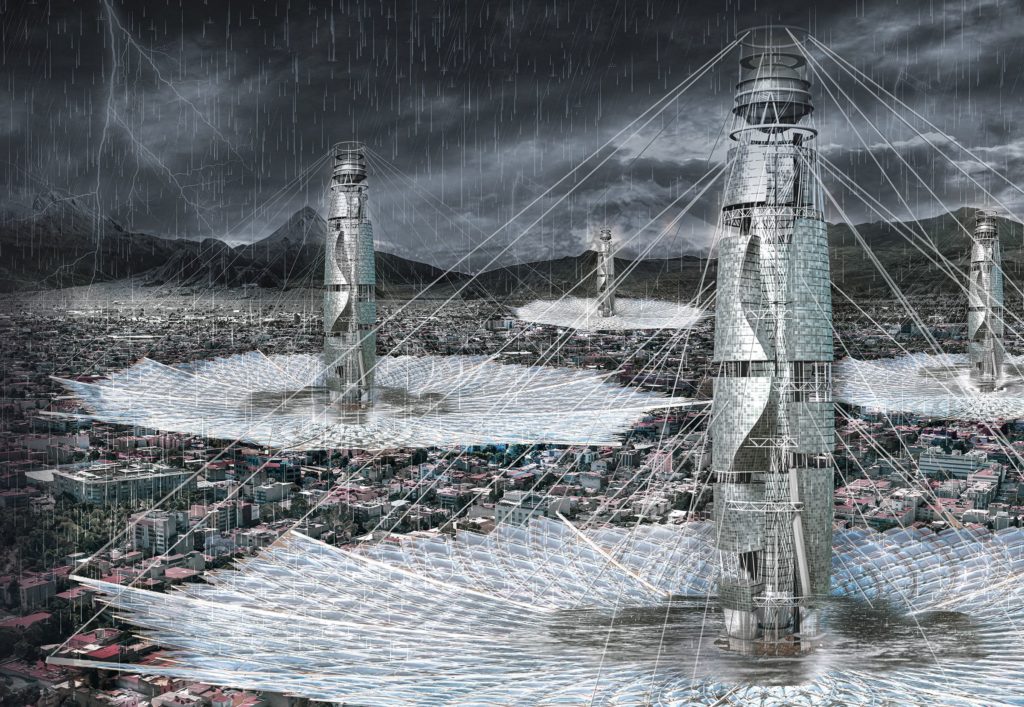 Taking water from the sky

But The Desert Faction is neither a crazy idea nor the only one. In the most recent edition of the competition for imaginative skyscrapers of the architecture magazine Evolo, Israeli architects Amit Deutch, Roni Dominitz, and Tamar Kerber proposed an interesting skyscraper with this function.

Lluvioso is a project that envisages the construction of several impressive 400-meter-high buildings with an outer layer of 10 wings anchored to the main structure. According to the project, when unfolded the outer membrane layers of these structures would form an inverted umbrella with a diameter of 600 m allowing rainwater to be collected.

What is the impact of this idea? Well, its construction would allow Mexico City to reduce flood damage and improve the water supply for the city’s residents.

As you can see, in both examples, harvesting rainwater would counteract the effects of climate change. In the case of The Desert Faction, it would help reverse desertification and generate a fertile landscape where crops grow and communities thrive, while in the case of Lluvioso would prevent disasters and solve water shortages.

Architecture is being forced to use its creativity to prepare humanity for the possible environmental consequences of climate change. Let’s hope that the measures currently being taken around the world in this regard will make these wonderful ideas preventive rather than necessary constructions.