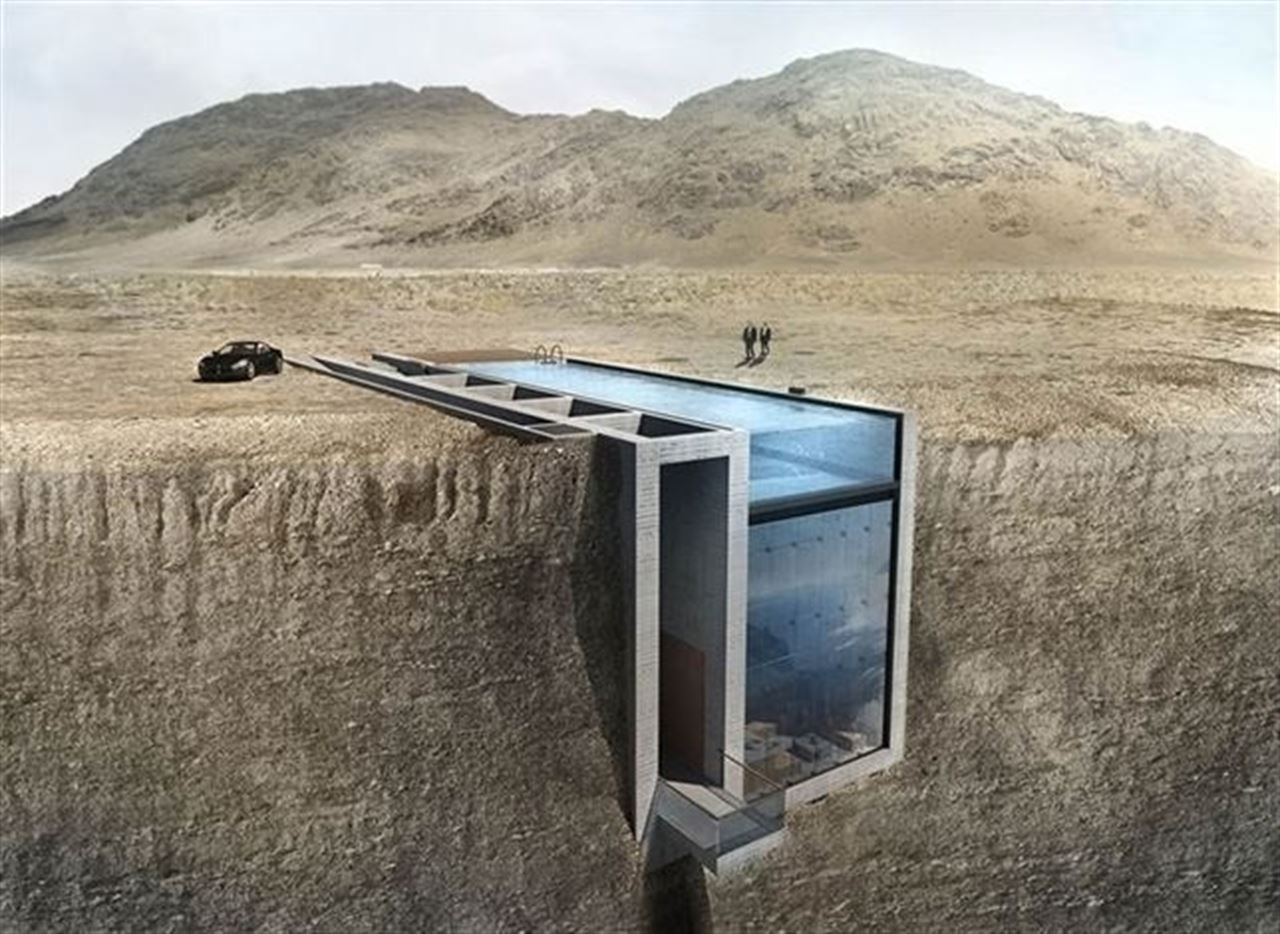 Bold and functional, complex and urban. Inspired by the works of Swiss architect Le Corbusier, Brutalism is an architectural style that saw its heyday between 1950 and 1970. The origin of this name lies in the French term béton brut, which means raw concrete – the cornerstone of Brutalist structures.

Characterized by geometric angular repetitive shapes, Brutalism draws inspiration in a number of structural materials: brick, glass, steel, or rough stone. The idea is that they can be appreciated from the exterior, in other words – in the rough.

Brutalism has changed the face of many cities, reflecting in museums, college campuses, or financial buildings: The Buenos Aires National Library, the Bank of London, the Autonomous University of Madrid or the Teresa Carreño Theater in Caracas, one of the most important cultural compounds in Latin America, and counting. Reinventing the essence of this style, the recent International Architectural Prize of the Chicago Athenaeum Museum of Architecture and Design presents us Casa Brutale, an extraordinary project currently under construction on the outskirts of Beirut, Lebanon. 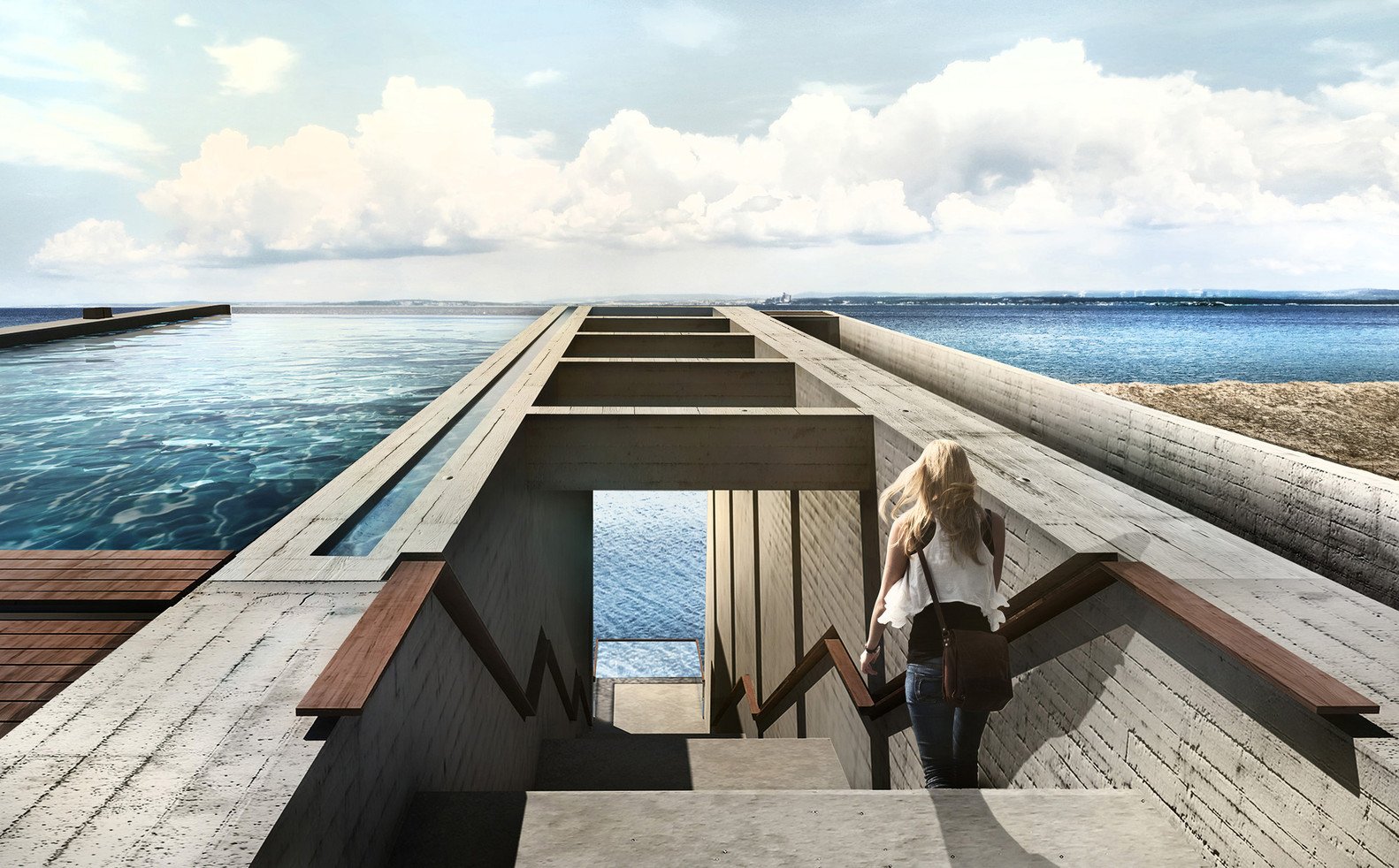 Living on the edge

With a budget of $ 2.5 millions, Open Platform for Architecture (OPA) had the original idea of encasing a spectacular concrete structure in a cliff. The house, 1.600 meters high, blends into surroundings and almost suggests a sci-fi scenario. Let´s take a closer look.

An infinity pool acts as a roof for this 270 square meter construction, which means that the sunlight comes inside the building faded through this particular giant skylight, as well contributing to energy savings. This idea is translated in bright dynamic patterns that caress the nude concrete with shadows and reflections.

Designed for six people, with an underground garage for three vehicles, the house features a double-height glass façade with fabulous sights form the Faqra Mountain, in close proximity to the exclusive villas of RedRock Village & Spa. Aged wood and steel are married with glass and concrete, simple materials matching rocky landscape.

ARUP is a global consulting company leading this project and collaborating with OPA, with the participation of local Lebanese office Sarkis Azadian Architects. Together they succeeded in planning everything down to the last detail, up to making the structure resistant to earthquakes, landslides, and floodings.

The house is an ode to Brutalism, a geometric interpretation of the landscape, as described by OPA. Let’s wait until 2018 to see if the reality exceeds the audacity of the renders. 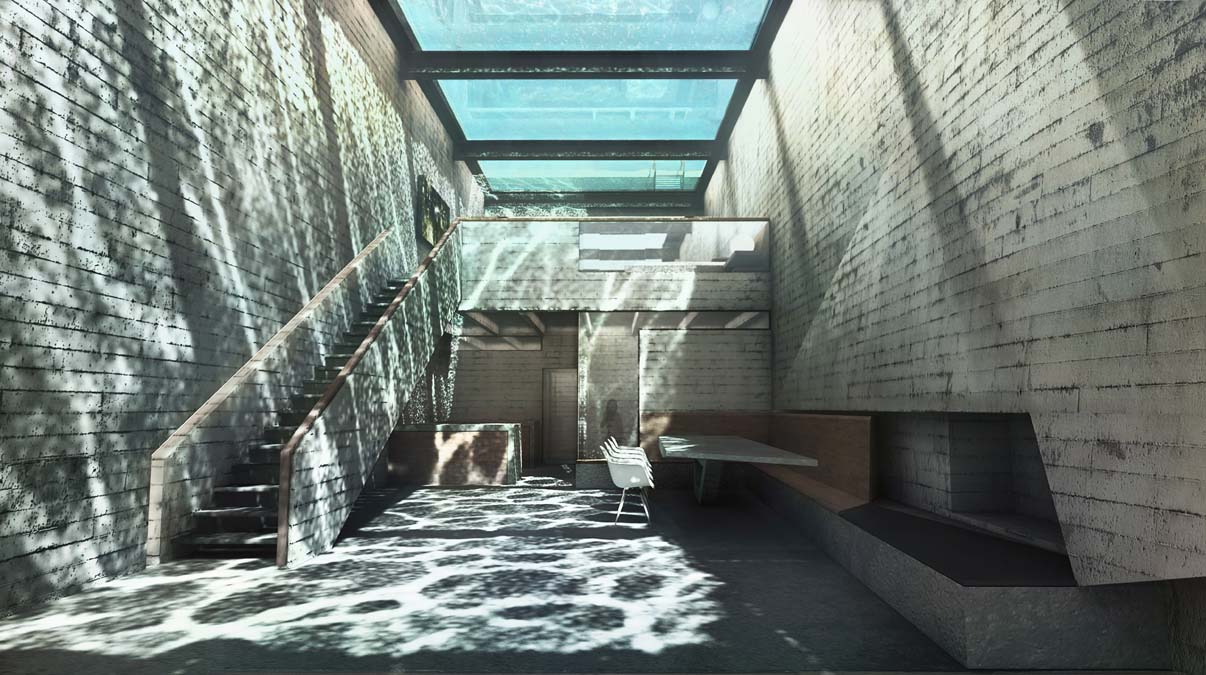