Bloomframe®: a balcony or a window? No need to choose anymore 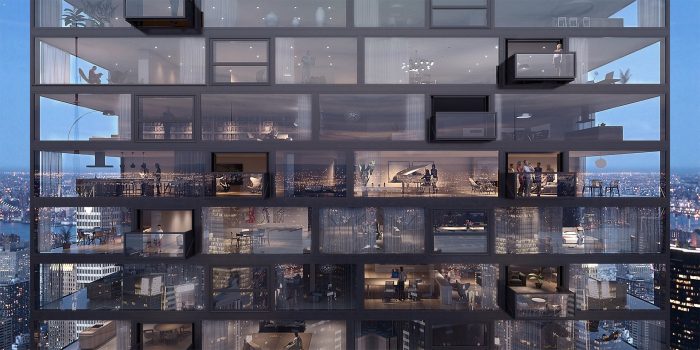 Hoffman Dujardin Architects is a Dutch architectural firm whose conceptual design has become real after the commercialization of its product, Bloomframe. It’s a space solution that will allow the undecided to have the best of two options: a balcony that becomes a window or a window that unfolds on a balcony.

This architectural firm proposes a solution to an issue of space and accessibility. Granting a few more meters of outdoor space to a home, with the benefits of light and ventilation that this can generate without major remodeling costs and with strict security, is undoubtedly an award-worthy idea. It’s not by chance that the Bloomframe project was the winner of the 2008 Red Dot Design Award. 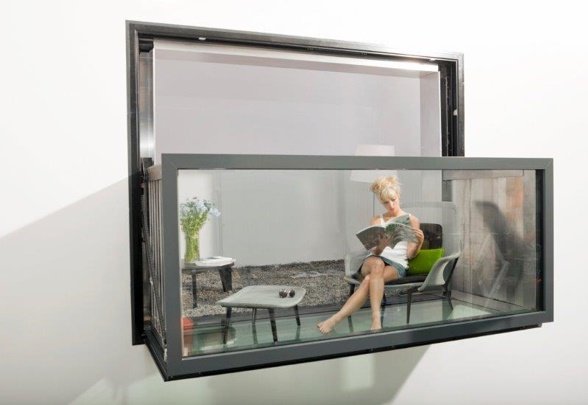 Press a button and the balcony folds to form a compact window, in the same way as the opposite process. The electronic operating system is from the French factory Kawneer France, who after obtaining the necessary certifications to convert a prototype into a marketable product, has set up resistant materials to adjust this novelty to all type of construction and climate.

From Amsterdam to the world

The prototype was completed to be incorporated into traditional Dutch buildings. It was tested in Amsterdam and given the stir it caused, operations were opened to market it worldwide. The benefits of this “device” are multiple. In homes they offer the possibility of expanding the space in times when the weather allows it, with the practicality of eliminating the extra space when the weather isn’t as friendly. In other dwellings, like hotels, it offers an added value to the lodging services.

Beyond the functional element, ideas like Bloomframe offer users the possibility to play with the space in their homes. Modifiable and adjustable structures to the changing needs of users seem to be a new trend in architecture that sways more and more buyers.

Horizontal properties worldwide obey to a series of neighboring regulations in favor of the uniformity and to maintain a homogenous line of construction. The development of these new ideas poses a dilemma in the follow-up of these norms. Will the resolution of the needs of each family be above the regulations of the collective? It is a question to be considered by both producers and users. In any case, specifically the Bloomframe, would only alter the façade of the buildings in a temporary way.

Architectural kinetism is a trend that is only blossoming but in full development with ideas that point to the possibility of mobilizing and changing structures that until now were considered fixed. The future is movement. 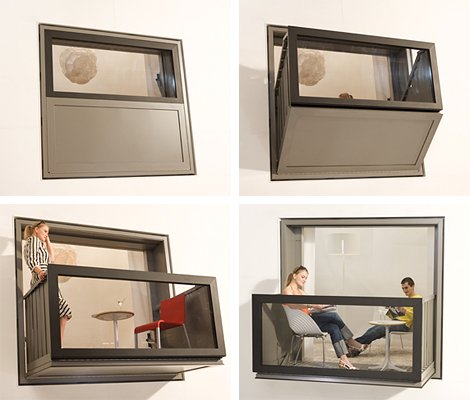