Architecture for a cause 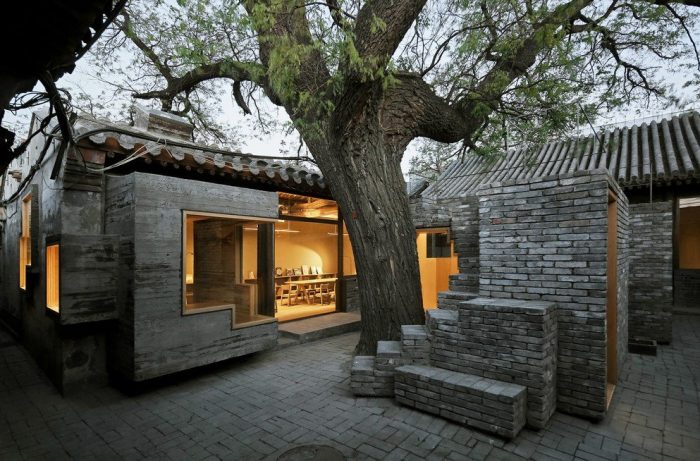 Who said that social interest housing design has to be at odds with beauty? This is a question to which a Chinese firm ZAO/standardarchitecture had a brilliant answer. This studio placed at the forefront of emergent architects’ generation in China was founded in 2001 by Zhang Ke. Sagely, he invited other prominent architects to his core team: Zhang Mingming, Huang Tanyu, Ao Ikegami, Dai Haifei, and Portuguese Claudia Taborda.

ZAO/standardarchitecture’s is currently recognized as one of the most influential architectural firms in the world. A vertiginous growth placed them among 10 most innovative studios of 2010 and 2011, according to Architectural Record magazine. But this success was made possible for a reason. ZAO gained fame thanks to their creative proposals full of versatility and talent.

Recently, their work with hutongs – small houses in Beijing’s central boroughs – has not only earned them the applause of the Venice Biennale this year, but was widely showcased by media around the globe due to their extraordinary handling of space, light, and materials. This way, in the so called “micro-hutongs” – at just 30 square meters– they managed to insert conveniences and beauty through a series of volumes extruded from concrete, beautiful floor-to-ceiling windows, skylights that allow natural light inside double height rooms and central patios connected with different elements.

Although innovative and forward-looking, ZAO/standardarchitecture’s proposal has preserved China’s capital city traditional architecture, which features low houses organized around patios and communal bathrooms as a distinctive trait. This respect for patrimonial identity forms key part of the firm’s philosophy and is revealed in many of their artworks.

In this project, causing amazement is the way it transforms the location without destroying it. The architectonic solution was oriented to redesign, renovate, and use the existing structures. This is how the magic was created. Together with the families living there, they designed a 9-square-meter library for children built from plywood and inserted it under the pitched roof of a previous building. 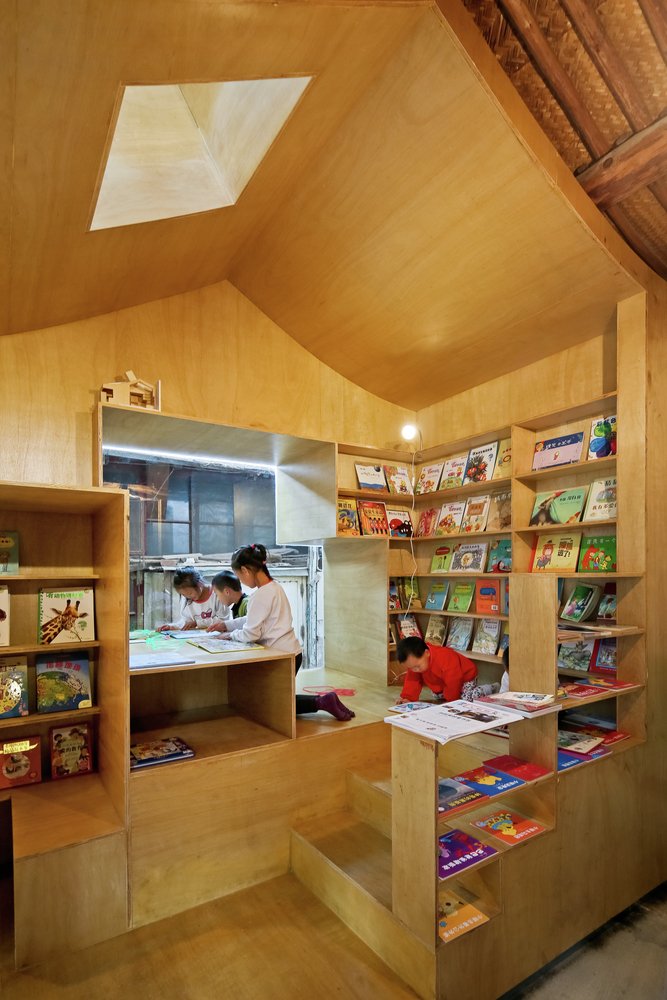 Another interesting point of this work is the kitchen, which was redesigned under a big ash tree into a micro space of just 6 square meters using traditional blue-gray brick. To strengthen the hutong’s community bonds, the architects introduced the communal patio. The scholars can now take cover under the branches of the ash tree to read or enjoy the stories that the elders would share. This is how Zhang Ke and his team address space optimization and heritage preservation – making affordable housing a true work of art. 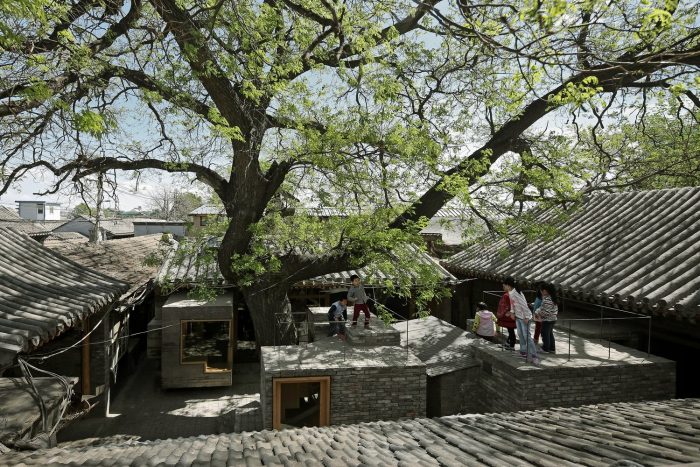