Apple’s new house, a mother ship for the brand 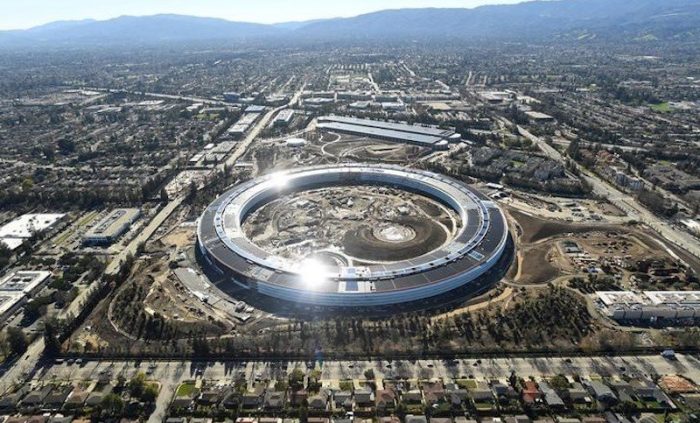 Technology’s Disney, that’s what they call Apple’s new abode. It seems that Steve Jobs was not satisfied with providing the world with a series of devices that changed the history of communications, he decided to transcend in the history of architecture as well, when presenting his project, Apple Park, before passing away.

The new complex opened in 2017 – two years later than expected – housing the headquarters of the company in a circular building which might very well remind us of science-fiction mother ships.

Technology without beginning or end

The ring -as this architectural marvel has also been named- was designed by Norman Foster who, in a 2.8 million square foot space, achieved a complex that houses the firm’s 12,000 employees in the heart of Silicon Valley.

This is a circular building in which no detail has been neglected, not even what is invisible to users. The premise of the construction has been: neatness, simplicity, and elegance; qualities that can describe any product of the brand. And this is because, beyond wanting to create a building, Jobs’ vision was to establish an icon that projected the relevance of Apple for at least 100 years. 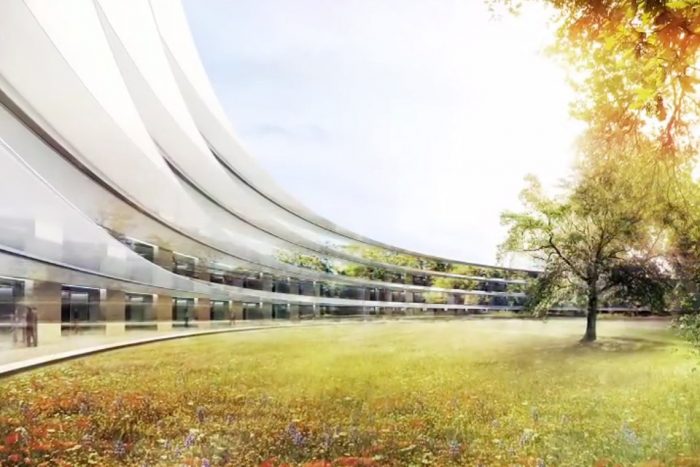 It’s inside as it’s outside

One of the main characteristics of this building is the effort to erase the divisions between interior and exterior spaces. Thus, the walls of the ring are four stories high of curved glass and the metal columns, which support them, are the minimum thickness necessary to keep the view of the outside to be absolute.

On the other hand, the climate control system does not include air conditioners or fans. It consists of a network of water pipes planted in the floors and concrete ceilings, which replicate inside the building the temperature that is perceived outside the building.

The Steve Jobs auditorium is located inside this amazing complex. The hall’s purpose is to hold product presentations, host training days for its employees, and eventual concerts.

This assembly room is equipped with all comforts. In the press area, a thousand chairs with leather seats for the general public, high-quality Wi-Fi so that all attendees can make live transmissions, unsurpassed sound system, and curved glass screens.

If that wasn’t enough, the entire roof of the building is covered with solar panels, which makes it self-sustaining. In addition, there is a central orchard of fruit trees that favors the oxygenation of its workers and its design is oriented to provide its users an environment of comfort and beauty.