Santiago de Chile will remember June 22, 1967 as the day a real superhero was born on its soil. Architect Alejandro Aravena graduated from the Catholic University of Chile in 1992 and, aside from earning many awards, is one of the most recognized professionals in the world, not only for the quality of his labor, but for the social impact of his works.

After founding Arquitectos Alejandro Aravena in 1994, under which he designed impressive works, such as the Mathematics School; the Faculty of Engineering and the School of Architecture of the Catholic University of Chile; booths for the Michalsky Foundation in Switzerland, and a building for Novartis in China. In addition to his works, he taught at Harvard between 2000 and 2005. There, along engineer Andrés Lacobelli, he initiated the ELEMENTAL social housing project, in partnership with the Catholic University of Chile, with the vision of making public spaces more useful for the population.

Under this concept, Aravena and his team intervened in the reconstruction of the city of Constitución in Chile after the 2010 earthquake. However, this is just one of many examples of his altruistic inclinations, which will define his career as well as create the image of a popular hero who dedicates his knowledge and experience to improving the quality of life of users. 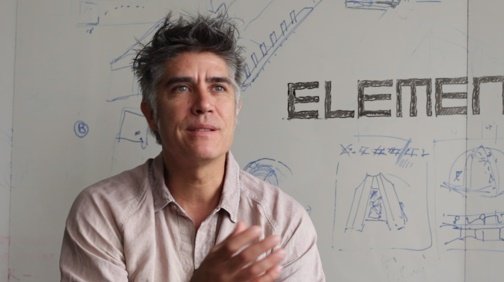 His most important work has been the planning of social housing, which employs the families who will be benefited to work in the construction of their own homes. This project, inspired by the Brazilian favelas, earned him the Pritzker Architecture Prize for 2016, the most important award in his area, after which he made public all the plans of this type of work for anyone who needed it. Always with the aim of improving quality of life for families at risk.

Aravena’s career has been full of recognitions and awards, such as being the director of the Venice Architecture Biennale in 2016, a TED Global speaker in Rio de Janeiro in 2014, being among the 100 contributing personalities to the Rio + 20 World Summit in 2014, and being named one of the 20 new world heroes by Monocle magazine, among many others.

Alejandro Aravena is an example of how putting knowledge and work at the service of the community can be valued and rewarded in unimaginable ways.