The Agora Garden and architects’ struggle with pollution 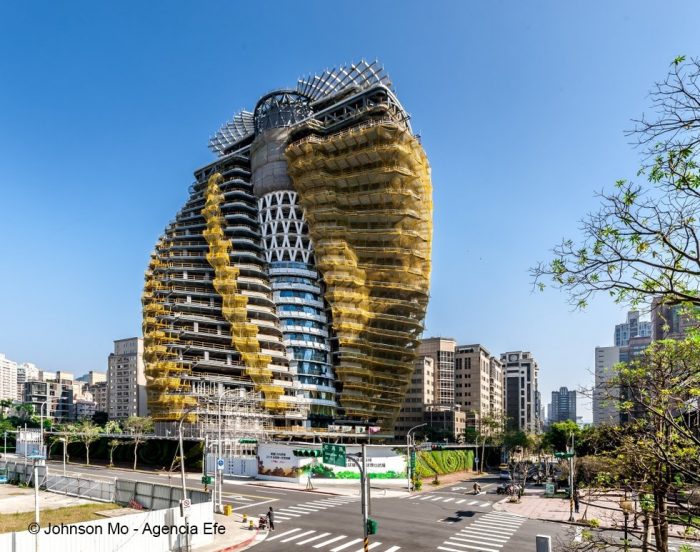 It seems that in our day architects have stopped competing for the most beautiful or the tallest building. That is all in the past. Right now the challenge in the creative minds of this profession is the fight against pollution.

Well yes, architects are the modern paladins of the return to green, the practice of recycling and non-polluting. There is evidence of this in almost the entire planet. From the proposals of cities with green roofs to the latest buildings that use trees and other materials to remove carbon dioxide.

The city of Taipei wants to retain its records. Having the second tallest building in the world was not enough (Taipei Tower 101 of about 508 meters high), now it will also house if not the most at least one of the most decontaminant structures.

The Tao Zhu Yin Yuan Tower or Agora Garden is the dream of Belgian architect Vincent Callebaut. This project, which started in 2013, is inspired by the double spiral of the DNA chain, which is why its design, which includes 40 apartments, is helical. But this, while interesting and novel, is outshined by the fact that it will house some 23,000 trees and shrubs planted in the ground and balconies.

Located in the luxurious XinYin district of Taiwan’s capital, the tower is not only environmentally sustainable and evidently a prototype of a carbon absorbing green building, but also anti-seismic. Another important fact of this building is that it will act as an “urban forest” because it will be able to absorb 130 tons of CO2 annually. 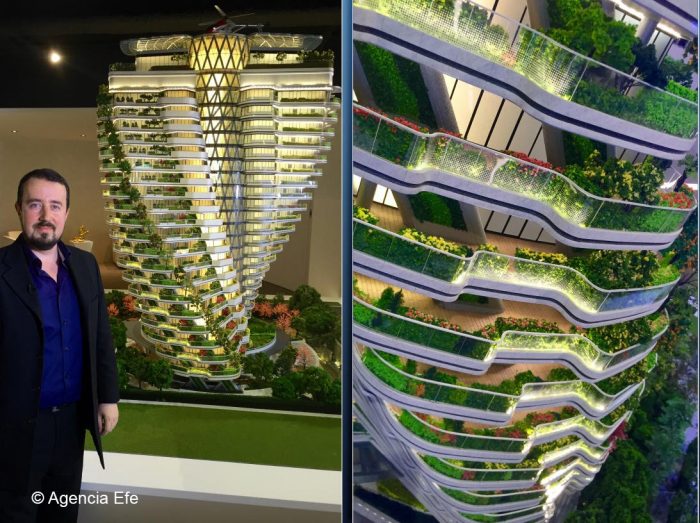 Not too high but very comfortable

The Tao Zhu Yin Yuan is not a very tall building, it is 93 meters high. It has 20 habitable levels, vertically superimposed that stretch and twist in 90-degree angles. In addition, the magic of its design will allow the tower to show different faces to the pedestrian depending on the point from which it is observed.

The fortunate inhabitants of this architectural masterpiece not only will enjoy exceptional panoramic views of the city, but also have a large number of suspended gardens with bird nests; edible, aromatic and medicinal plants; composting spaces to convert waste into organic fertilizers and rainwater storage tanks. To top it off, a photovoltaic pergola of 1,000 m² will be installed on the roof of the building to transform solar rays into electricity, which will be reintroduced into the building’s network. Beneath this there will be panoramic gardens, with plants that will filter and purify the collected rainwater re-injecting it into the tower pipes.

The Tao Zhu Yin Yuan tower, which is almost completed, as planned by its architect, will be delivered later this year as the lungs that Taiwan and the world needed.