A touch of brutalism for music 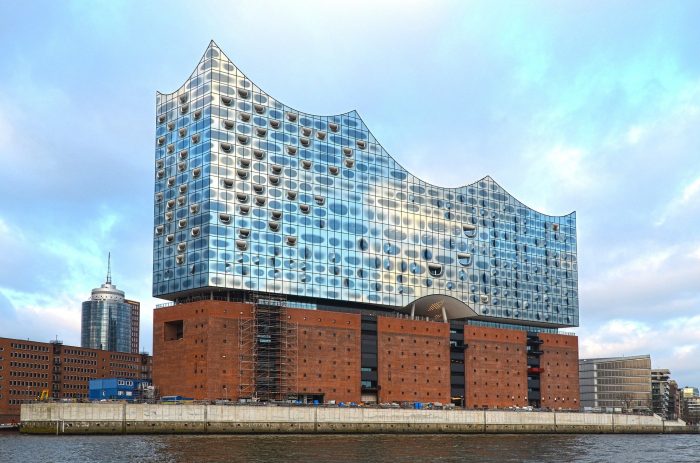 The Elbe Philharmonic Hall in Hamburg, Germany, or “Elphi”, as it is known, is a work of Swiss architects Jacques Herzog and Pierre de Meuron who used brutalism for their design. This construction by the Elbe River is as detailed and sophisticated as it is controversial and polemic.

Inaugurated on January 11th, “Elphi” was scheduled to make its public debut 14 years ago. But the legal disputes, delays, and increases in construction costs that came with the project, that many qualify now as the architectural work of the 21st century, meant that it would become a real headache for both its creators as well as the city that gives it shelter.

It’s built on an old tobacco and cocoa warehouse, as the architects wanted to keep the base that features the distinctive red bricks of the city’s architectural tradition. For Elphi to rise to 110 meters, glass panels were used to simulate the movement of the waves that surround it. Also, having the districts of Speicherstadt and Kontorhaus -which are Unesco World Heritage sites- as “Elphi’s” neighbors meant it couldn’t be less than a work of great magnitude.

On the walls of the old warehouse the architects secured 650 pillars with which they could raise seven floors for parking, rehearsal rooms, and a large 85 meters long escalator. Crowning the structure there is a large closed public square, with bars and restaurants, and with free access offers a spectacular 360 ° view over Hamburg at 37 meters high. But within the whole structure it is the concert hall -with capacity for 2,100 spectators- which is what draws the most attention.

The central auditorium, known as “The nutshell”, is isolated from the rest of the building. This was a very special assignment for which the architects of “Elphi” hired Yasuhisa Toyota, from Nagata Acoustics, who is one the world’s leading experts in acoustics. Toyota is also responsible for the Paris Philharmonic and the Wall Disney Concert Hall in Los Angeles.

Everything in it is clinically placed, even the seats designed by the Italian firm Poltrona Frau, whose effect on the acoustics of the place is the same whether or not there are people sitting on them. And if that was not enough, the detail that finishes the spectacular enclosure is a gigantic organ of 4,765 tubes. That is why it is implicit that the NDR Elbphilharmonie Orchester will become the resident orchestra of the auditorium.

This building which has as distinctive features the architectural exuberance and aesthetic ambition is, according to its makers, a structure capable of capturing the reflections of the sky, the river, and the city that houses it. Being -of course- one of the largest and most emblematic architectural inaugurations of this 2017. 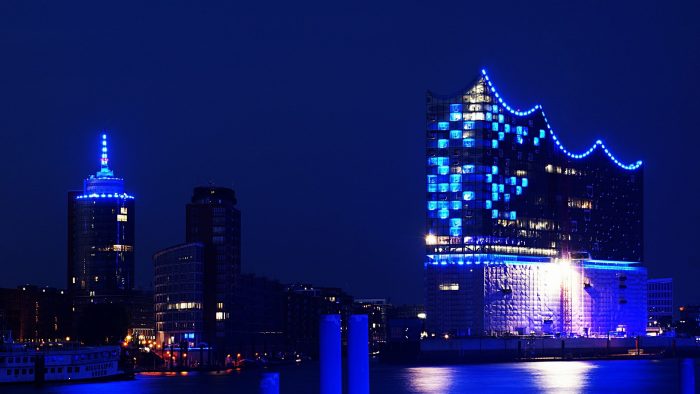